On this page of the guide to Far Cry 6 you'll find the most important information about guerrilla hideouts. We explain what exactly the guerrilla camps are, how to unlock them in the game world, what are the other kinds of safe areas, what awaits you in the guerrilla camps and how to expand them by building new facilities. 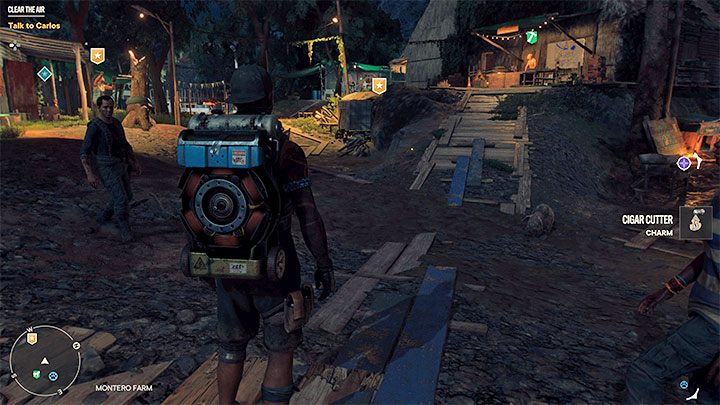 Guerrilla camps are some of the largest allied locations in the game. These hideouts are home to friendly rebels from various groups you'll collaborate with to overthrow Anton Castillo.

We've listed the main camps and their locations below. You'll get to visit all guerrilla hideouts for the first time during various operations, that is, main quests in Madrugada, El Este and Valle De Oro regions. Once you discover a hideout, you'll be able to return to it freely (as well as fast travel to it).

The game switches to the TPP view in hideouts, but it doesn't affect gameplay in any way. It's a cosmetic change supposed to let you see what your character looks like with all the equipment you gave them. 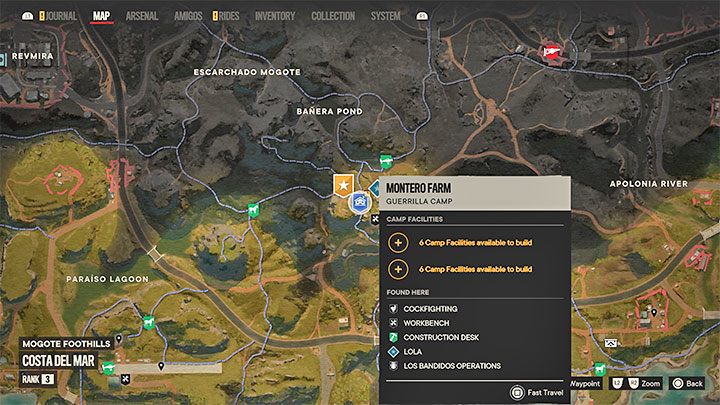 Montero Farm is a rebel hideout found in the Madrugada region. It's unlocked by finishing the Meet the Monteros operation, the first main quest in this region.

Note - You can tackle all three camp-unlocking quests immediately after completing the prologue. We recommend finishing them as soon as possible to unlock the camps' unique features and more accessible fast travel points. 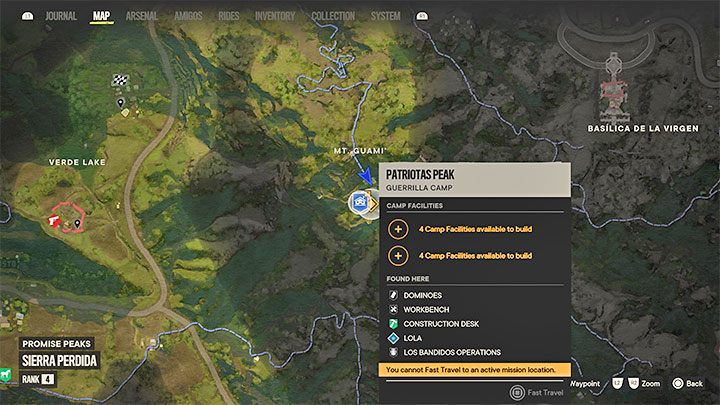 Patriotas Peak is a rebel hideout found in the El Este region. It's unlocked by finishing the Meet the Legends operation, the first main quest in this region. 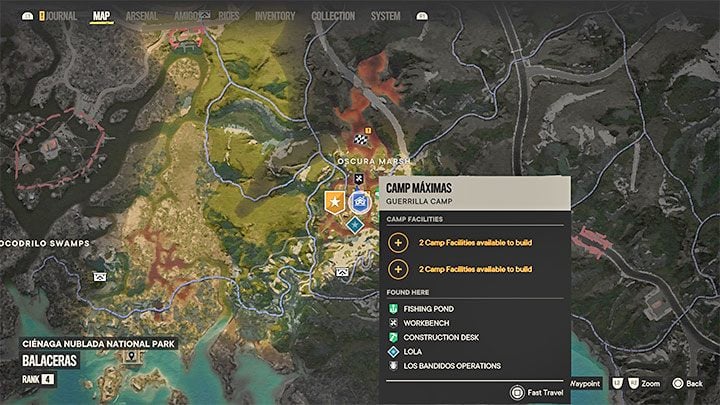 Camp Maximas is a rebel hideout found in the Valle De Oro region. It's unlocked by finishing the Meet Maximas Matanzas operation, the first main quest in this region.

Other safe hideouts in the game world 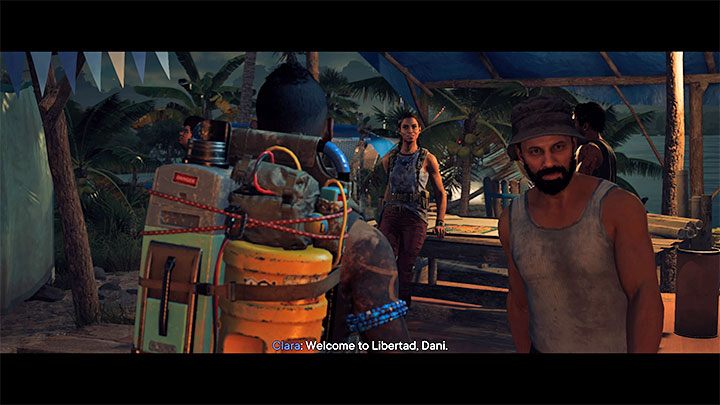 Guerrilla camps aren't the only locations housing rebels that can be found in the game world. Aside from them, the largest allied area is the Libertad Island, which is first visited after finishing the prologue. On the island you'll find Juan's workshop, where you can craft Supremos and Resolver weapons. Unfortunately, it doesn't offer as many features as other camps.

Later on in the campaign you'll unlock more permanent or temporary hideouts where you can meet guerrilla soldiers, use workbenches or accept quests. All such locations are marked with blue icons on the world map. 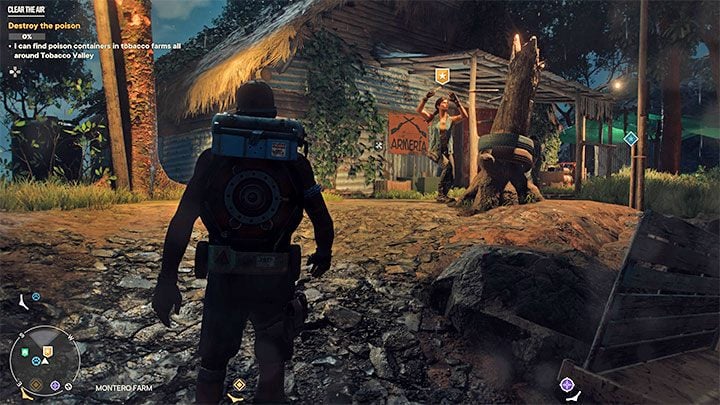 One of the main reasons to visit guerrilla hideouts is unlocking new missions - these can be operations (main quests) or Yaran stories (side quests). You don't need to go to the hideout to check for available quests. The quest icons should appear on the world map next to the hideout icon. 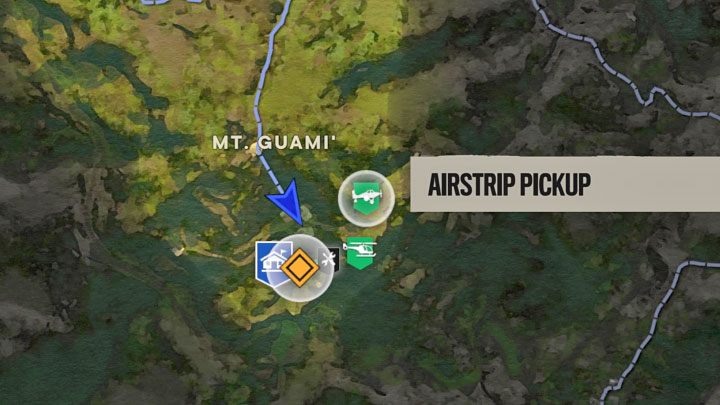 All hideouts have vehicle and mount pick-up points nearby, which can be used to easily get a new transport method. You can also take newly unlocked vehicles to the hideouts and add them to your garage, which is especially useful in case of military machines, as they can't be "saved" by scanning them with your phone. 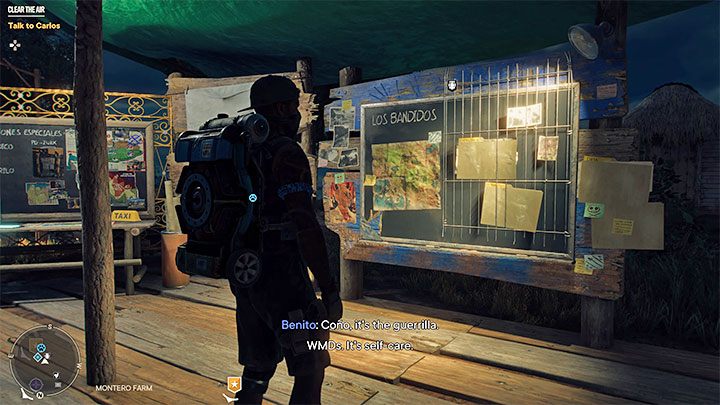 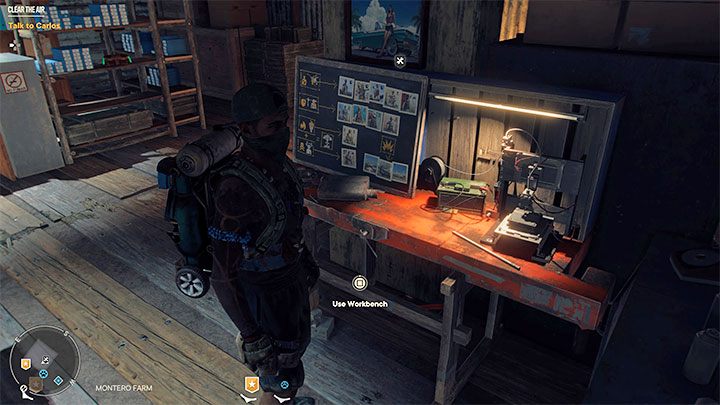 Each hideout contains a workbench, which, as a reminder, lets you modify and upgrade your gear and Rides (unique vehicles). Tables can be found in various areas of the game world, but it's the easiest to simply use the ones in guerrilla camps. 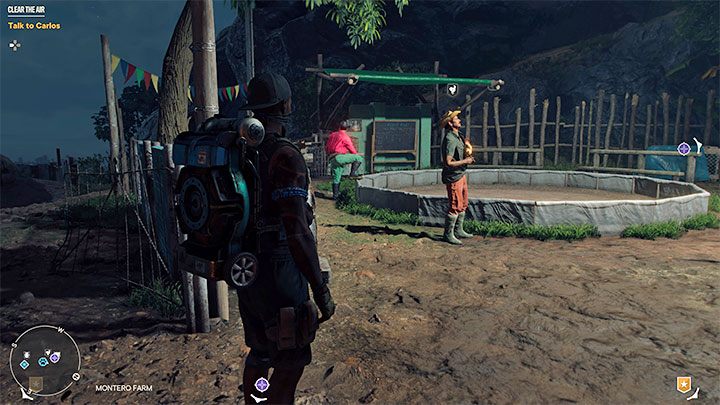 Inside hideouts you can also play two mini-games, these being dominoes and cockfighting - they aren't available in every hideout though, so you may be forced to visit a specific one. Both mini-games are described on a separate page of the guide. 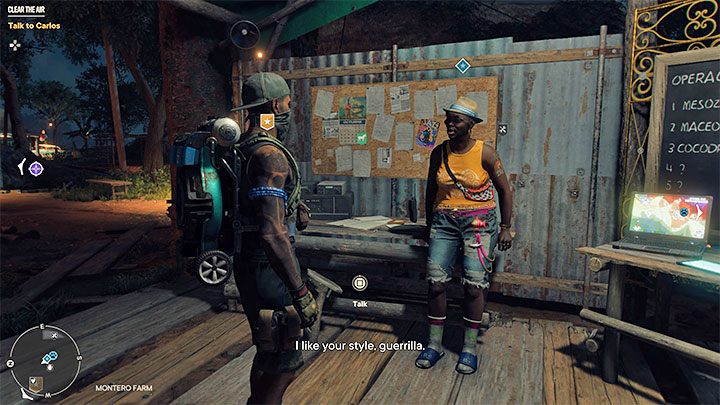 Each guerrilla base allows you to meet Lola who offers you special operations - we've described them in more detail on a separate page. Special operations are long missions you can replay multiple times. They all task you with retrieving a bio-weapon container and bringing it to the area's starting point. Lola also sells black market goods in exchange for Moneda, a currency obtained for completing special operations and eliminating Insurgency leaders (a new mechanic unlocked after beating the main story). 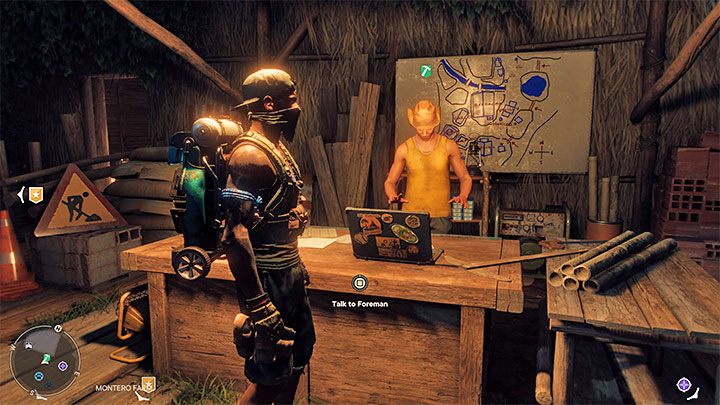 The construction desk which lets you talk to the foreman is important enough to deserve its own description. You can find the desks in each one of the three main guerrilla bases. Their main use is buying new facilities. By doing so you can unlock new objects and new NPCs offering unique services.

You pay for the projects with crafting materials which are obtained by exploring the world (especially enemy bases). There are three levels to each project. You don't need to immediately unlock higher levels, but by doing so you'll have more options or get more profits for owning the facility.

You can only build up to 2 facilities in each camp. Fortunately, you don't need to worry about missing out on any bonuses they offer. The facilities you skipped can be built in other camps and each facility can be built only once, so eventually you'll be able to unlock them all. 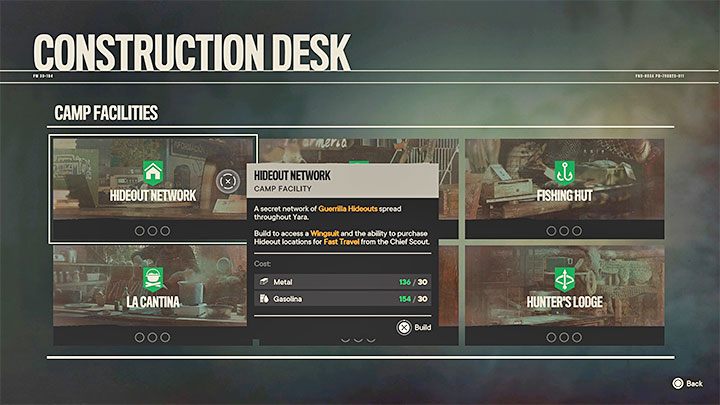 The available facilities are:

1) Hideout Network - This facility is very useful as it lets you unlock the wingsuit, which is very useful when exploring the world and completing quests. On top of that it lets you unlock new hideouts. They not only serve as fast travel points, but also as places where you can replenish your supplies, obtain intel or use the workbench. The game lets you buy information about the location of new hideouts, making it easier to add them to the map - it's especially useful in the early-game, when you still haven't discovered much of the map.

2) Guerrilla Garrison - This facility allows you to equip the rebels with better gear, increasing their combat capabilities. You'll also be able to find laptops on the outskirts of hostile FND bases. Interacting with them tags all security systems, making it easier to take the bases over.

3) Fishing Hut - This could interest you if you'd like to try some fishing. The fishing hut lets you acquire gear and buffs used for fishing. You'll also be able to purchase info regarding fishing spots, making it easier to hunt for specific fish.

4) La Cantina - this is one of the more useful facilities, as it unlocks the ability to cook meals - you can order them in the Cantina or make them yourself by using cauldrons hanging over bonfires in other hideouts. Meals grant you temporary stat bonuses, such as increasing your character's combat capabilities or making you more resistant to fire or poison. They're not free and require you to use meat gained from hunted animals or caught fish.

5) Bandidos Barracks- This facility lets you buy unique equipment at the guerrilla camp, which is different from the gear offered by Juan's arms dealers. Additionally you'll also be able to gain more Lost Bandidos recruits for the aforementioned Los Bandidos operations.

6) Hunter's Lodge - This could interest you if you'd like to try some hunting. The lodge lets you acquire gear and buffs used for hunting. Additionally, you'll be able to purchase info regarding hunting spots, making it easier to hunt for specific wild animals.