This page of the Far Cry 6 guide provides information on how to increase the inventory capacity of the main character to carry more ammunition. We also answer the question of whether the game puts a limit on weapons and other unique items the character can carry in the inventory. 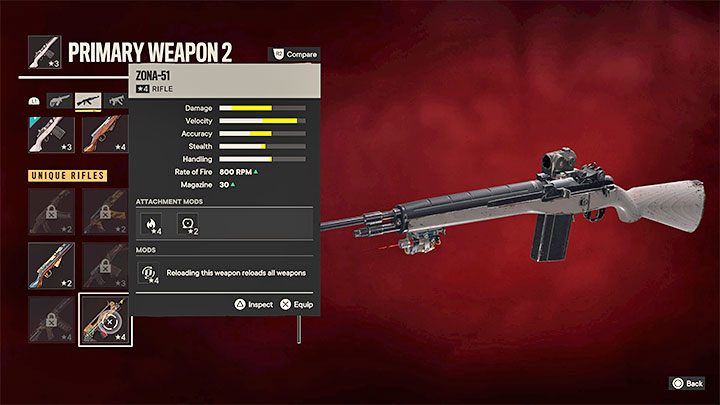 There are plenty of different weapons waiting to be found and unlocked in Far Cry 6. There is no limit to the number of weapons carried in your inventory in the game. All the guns you find are added to your weapon list permanently. You can select them from your inventory any time during the game without having to return to any of the guerrilla hideouts. It is a good idea, especially if another weapon will be useful at a particular point in the game (for example, a rifle with a silencer when you start infiltrating an enemy base or a launcher when an enemy helicopter appears). 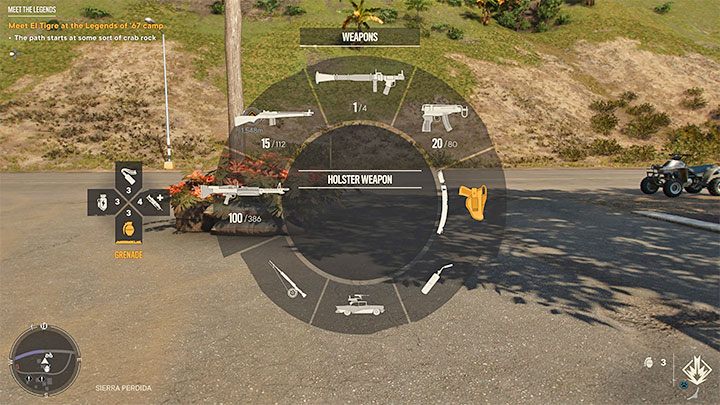 There is a slightly different limitation in the game - any given time, you can have 3 main weapons and 1 secondary weapon. The easiest way to select them is from the weapon wheel (example on the picture above).

We recommend that you always have various weapons ready, such as a separate one for direct combat, stealth attacks, and destroying enemy machines. This will allow you to change the weapon to the one you need in a given situation faster, without having to waste time opening the arsenal window. 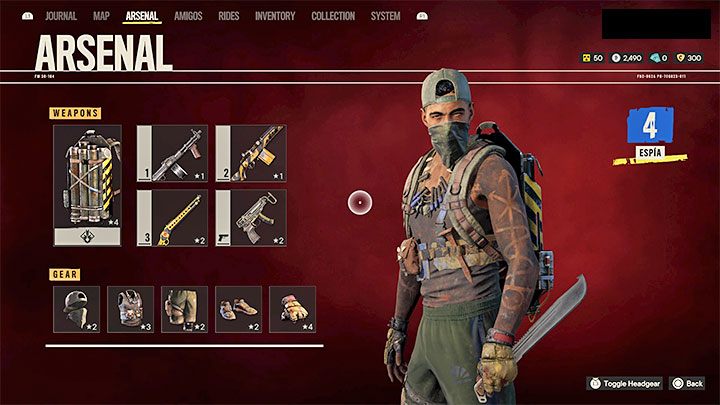 The situation is very similar with armors and costumes. All pieces of clothing that you find and obtain stays in your inventory permanently. You have to manage 5 slots of active pieces of armor, and you should choose the ones that are most useful to you at the moment. For example, if you have a mission in which enemies with flamethrowers will appear, it is a good idea to wear gear that guarantee increased durability against this element.

Ammunition stock and increasing it 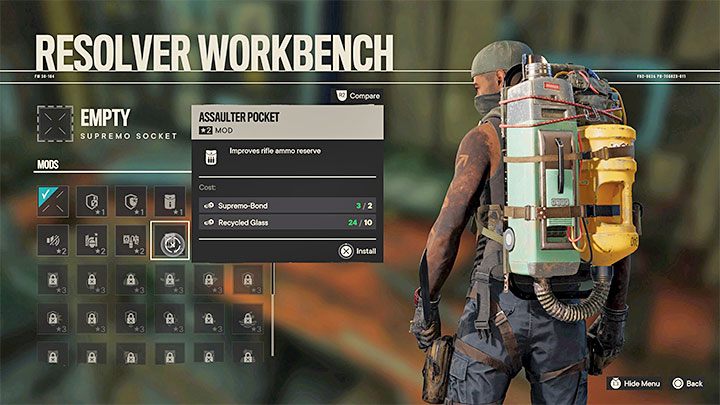 In the case of ammunition, the situation is slightly different - you can make some efforts to increase the inventory capacity to carry more ammunition for some time. This can be done in two ways.

The first method is to unlock and select the ammo pouch. They are one of the available categories of supremo upgrades (backpacks that guarantee special attacks and carry gadgets ready to use). 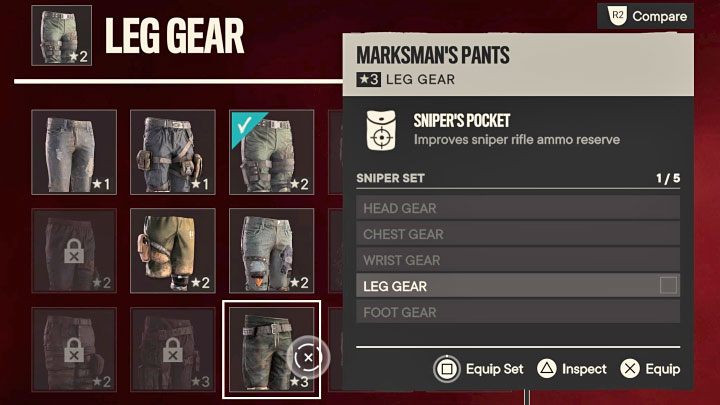 The second method is to wear armor pieces with the unique feature of increasing the ammunition limit - an example of this type of bonus to statistics is shown in the picture above.

In both of the cases mentioned before, you have to be aware that increasing the inventory can only apply to a specific type of weapon, such as sniper ammunition. Try to choose these types of bonuses based on the weapons you use most often during the game.