This page of the Far Cry 6 game guide contains a walkthrough of operation Open Skies, one of the main missions in the Madrugada region. The following guide explains, among other things, how to get to the FND Radar Bunker, where to find the computer and how to hack it. 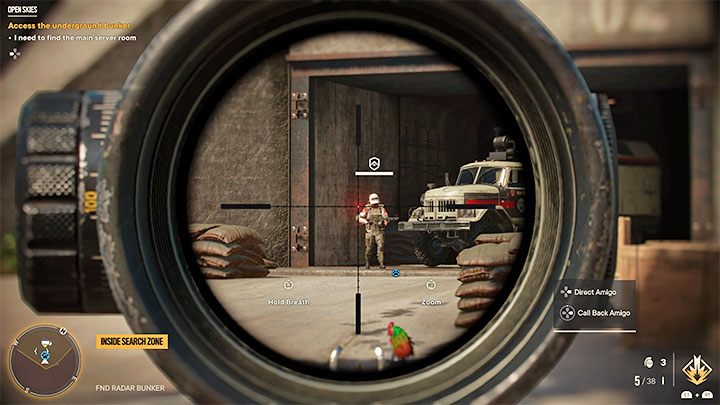 This quest will appear in your journal after you complete operation Bury the Hatchet. You need to meet up with Alejandro at the Montero Farm.

The bunker is located in Ida's Refuge in the Aguas Lindas sub-region of Madrugada. Upon entering the bunker, you will most likely encounter at least 1 soldier, but you can easily kill him by shooting him from a distance with a sniper rifle, for example. 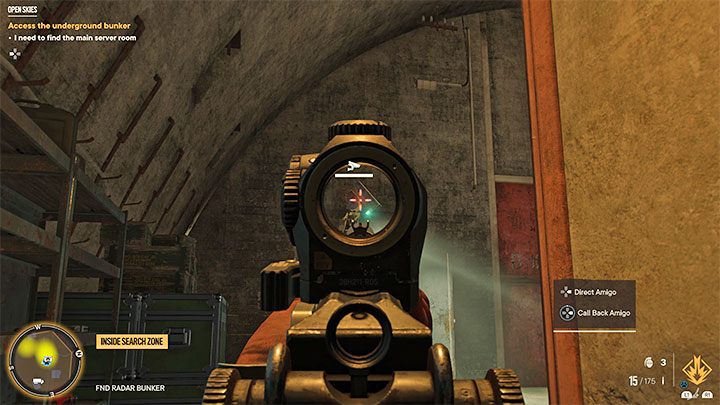 While crossing the bunker, it's a good idea to sneak around (although it's not obligatory), and in addition to using a weapon with a supressor, make sure to destroy any security cameras encountered along the way. During direct battles, try to position yourself behind some nearby cover and wait for opponents to approach you, making it easier to attack them. 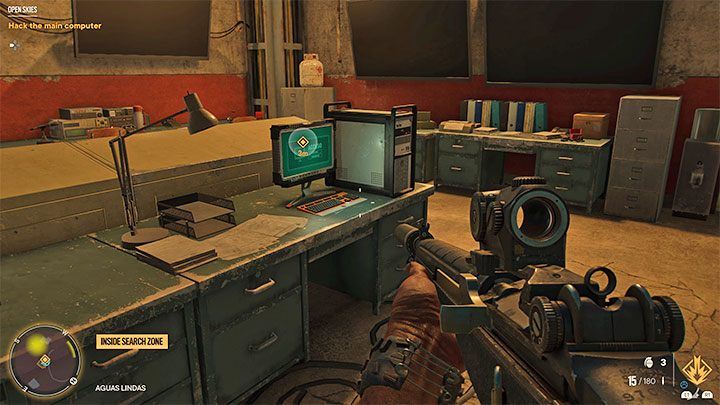 The computer you're looking for is on one of the desks in the bunker and you have to interact with it.

The upload process will begin and you need to wait for the progress bar (upper left corner of the screen) to reach 100%. If you haven't raised the alarm, you should be able to wait out the hacking process in peace. Otherwise, expect to be harassed by enemy soldiers from the bunker. 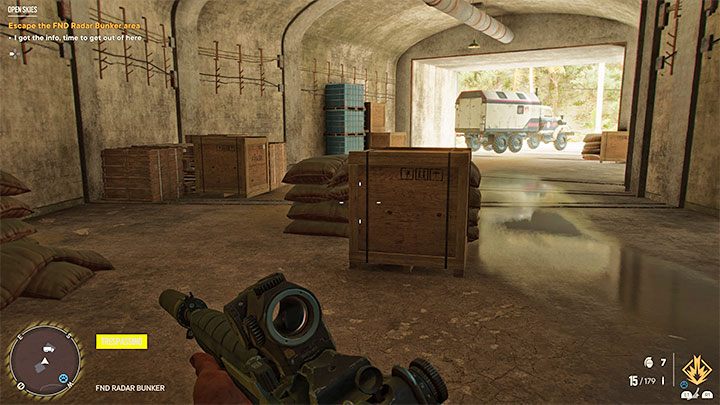 You can leave the bunker the same way you entered. If you have chosen the stealthy approach, you should no longer encounter any new enemies. The operation will end once you are far enough away from the enemy bunker.