This page of the trophy guide for Far Cry 6 explains how to unlock the Ninjerilla trophy. You will have to capture an FND base without being detected. This page describes an example of such an action. 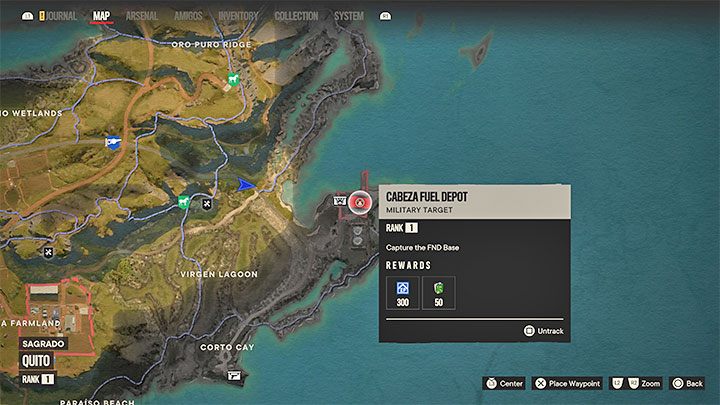 FND Bases are a type of military facilities on the world map. To get the trophy you can silently seize one of them, which will be the easiest to do early in the campaign. Bases from further regions are more and more difficult to take over as more enemies reside there and they are often elite.

For an easy way to get the trophy, you can choose e.g. the Cabeza Fuel Depot visible in the image above - this is an FND base on Isla Santuario, where you start the game. 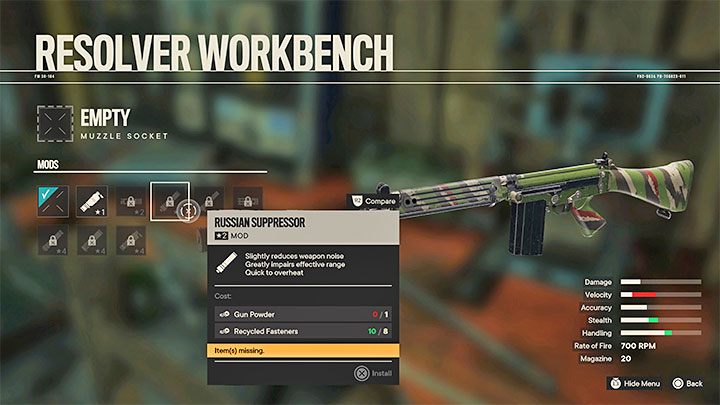 The premise of this achievement is to:

A suppressed rifle will be perfect for eliminating enemies stealthily - you can unlock and install a silencer at one of the workbenches. Alternatively, you can approach the enemies on your own and execute them silently with a machete. 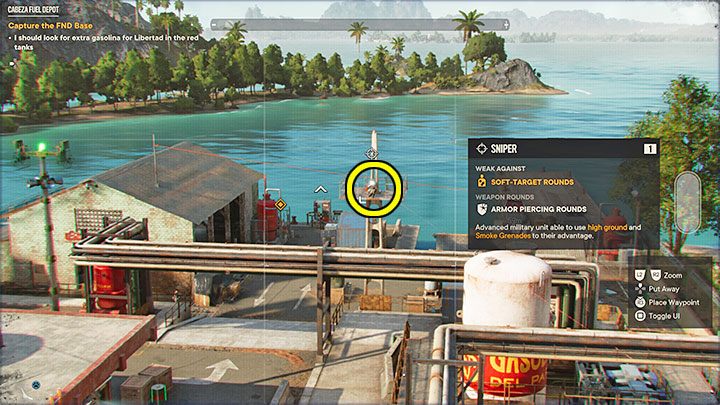 Before heading to the FND base, you should definitely do a reconnaissance with your smartphone. In case of the Cabeza Fuel Depot from our example, you will find large tanks near the base, and can climb onto one of them.

Always try to tag all visible enemies and interactive objects - cameras, cages with wild animals or alarm switches. Pay special attention to the sniper highlighted in the image above, who is watching the area in the Fuel Depot. It would be good to kill him with a suppressed weapon. 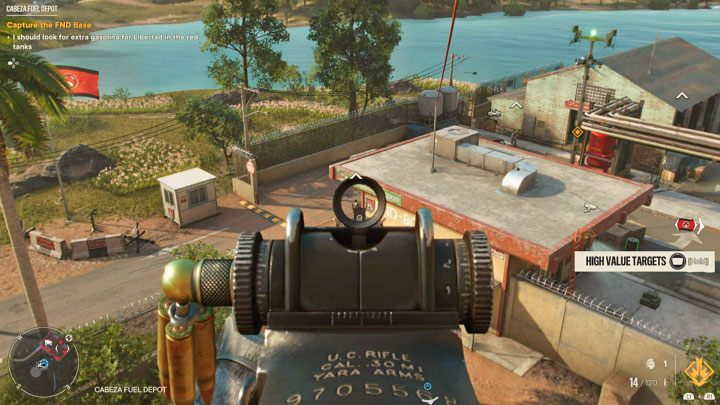 As we already mentioned, you can also eliminate the remaining enemies using weapons with a suppressor. However, you should only do this to separated enemies to make sure that nobody sees their bodies.

Alternatively, you can also sneak, paying very close attention to the radar in the process. If you want to reduce the risk of detection, use e.g. baseballs to distract enemies and lure them away from the rest. 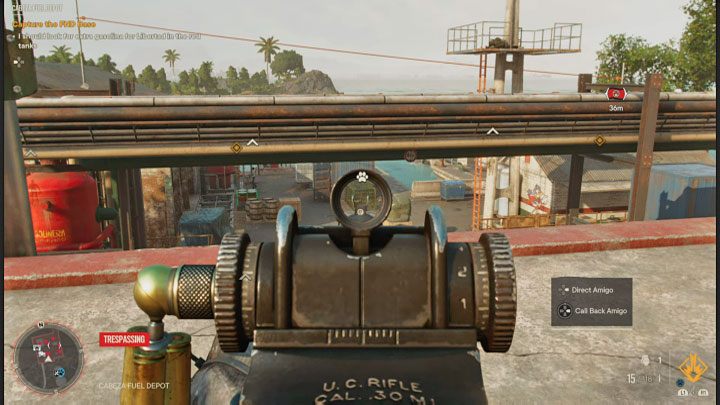 Destroying the wild animal cage can also help you take over the base while remaining unnoticed. The animal can start attacking enemies and it will not be considered as a detection, because the enemies won't know who opened the cage. 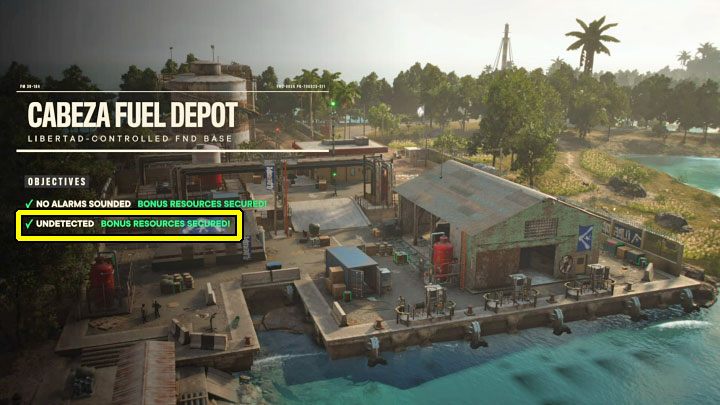 Once you've seized tan FND base successfully, you should make sure that the summary screen says you remained unnoticed - only then will you get the trophy (see image above). Capturing the base without triggering the alarm won't suffice.