On this page of the Far Cry 6 game guide, you will find a walkthrough of the Yaran Story titled Fetch Quest, a side mission in the Madrugada region. The following walkthrough describes, among other things, how to unlock the quest and how to add Chorizo the dachshund to your Amigos list. 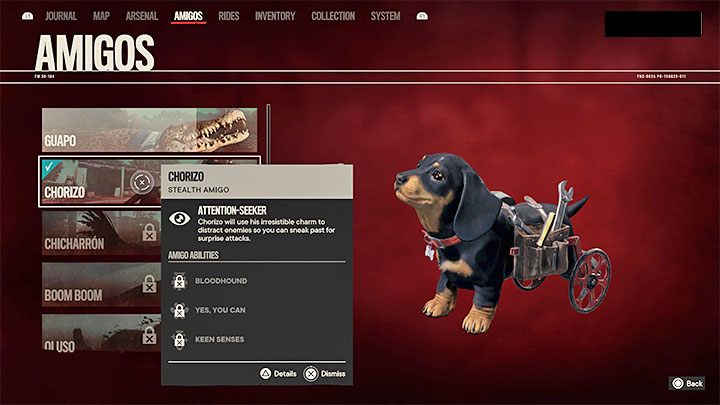 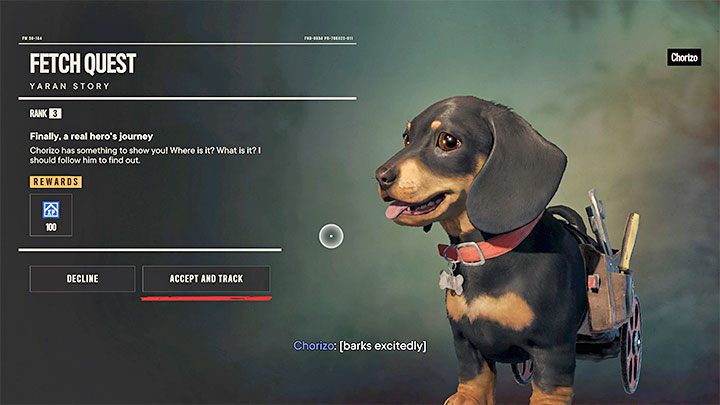 This quest will automatically start once you have completed the Who's a Good Boy? Yaran Story. This is the second quest related to Chorizo, a dachshund who will become one of your pets (Amigos) in the near future.

You need to interact with Chorizo again at the guerrilla hideout on the Montero Farm. Once you have accepted the new task, start following the dachshund. 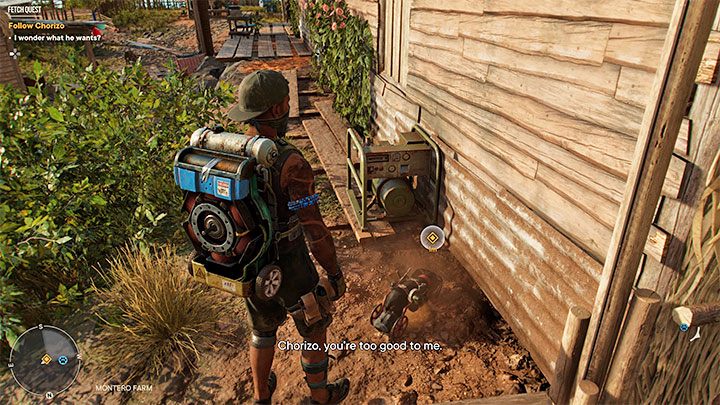 Your task is very simple - use the interaction button in places where Chorizo has dug up some treasure. This will earn you some rare crafting materials and meat from hunted animals, among other things. 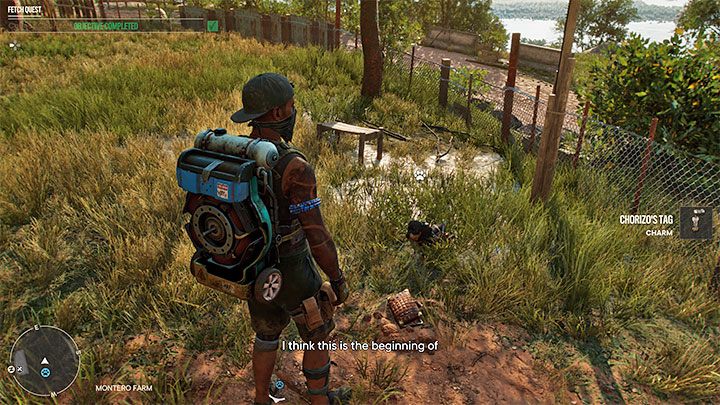 The last treasure he digs up will be a Charm - Chorizo's Tag. The mission will be completed and Chorizo will join the list of Amigos, i.e. pet animals who can explore the game world alongside you.