On this page of the Far Cry 6 game guide, you will find a walkthrough of operation Meet the Monteros, one of the main missions in the Madrugada region. Our walkthrough describes, among other things, the whereabouts of Camila "La Espada" Montero, how to win the big battle against the soldiers at the plantation, and how to reach the guerrilla hideout in the Madrugada region. 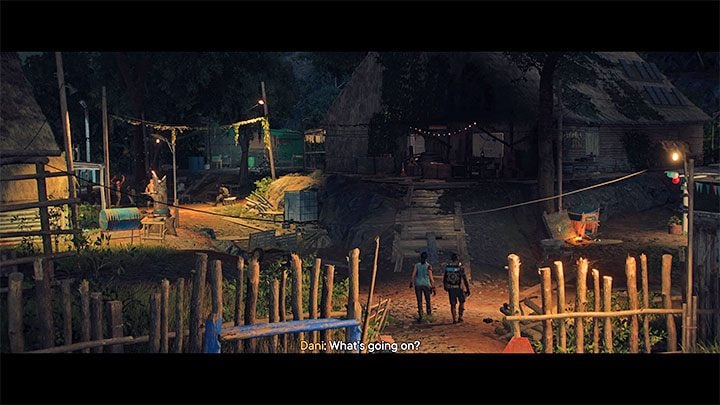 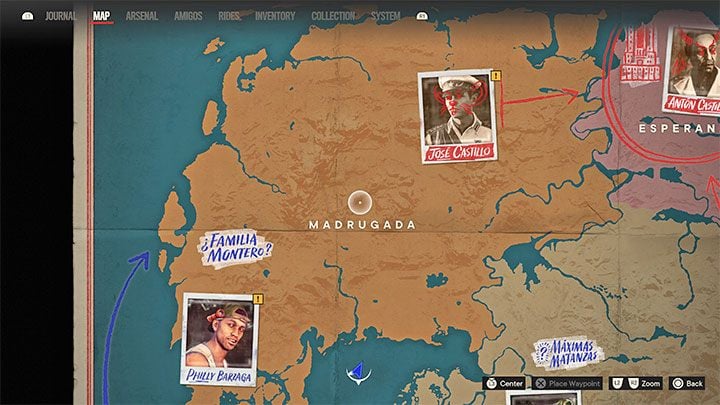 This is one of three new operations (main missions) unlocked after completing the prologue to the Far Cry 6's campaign, i.e. The Guerrilla main quest. During your meeting with Clara on Libertad Island, you will learn about the Madrugada area, specifically about potential allies (including Philly Barzaga) and antagonists (including Jose Castillo) from that section of the world map.

Note - The default recommended rank for this mission is 3. Try to explore more of the first island and advance to at least this rank to avoid encountering problems while facing the strong opponents in the Madrugada area. It's also important to know that the region's initial rank can increase during the course of the campaign. 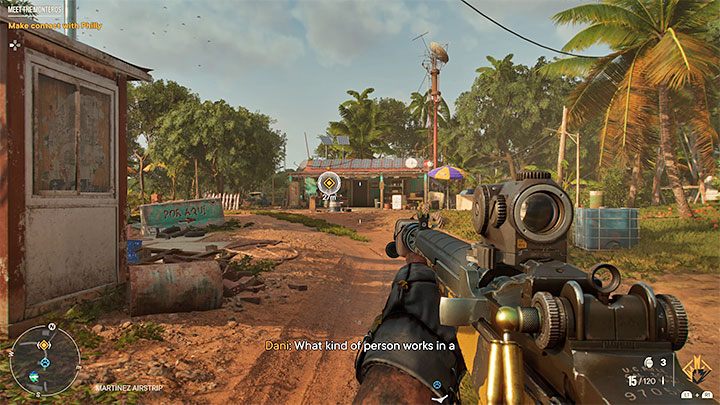 In order to complete this operation, you must reach the quest marker located in the Costa Del Mar region by any means to meet up with Philly. You'll find him in a location with a small runway and a cut-scene of the conversation will play. 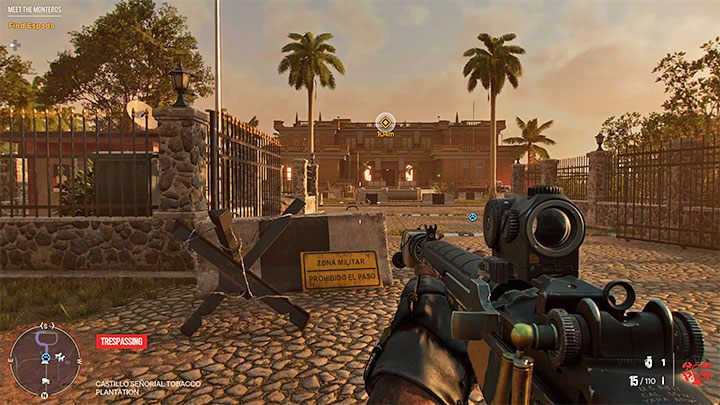 To find Espada, you must go to Tobacco Valley, which is located quite far east of where you met Philly.

Your destination is the large central plantation building, around which you will spot numerous signs of fighting. You have to go inside and reach the first floor. Head to the marked room to meet Camila "La Espada" Montero. 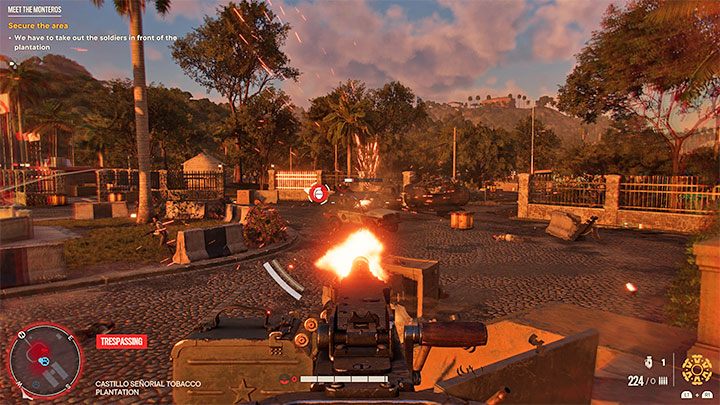 Hostile soldiers will start appearing around the plantation building and you will have to fight them. You have a lot of freedom to choose your fighting techniques here. Initially, it's a good idea to use the stationary miniguns so that you can effectively shoot at the enemies in the distance and oncoming new vehicles - if possible, try to destroy them before your enemies get the chance to run out of them. 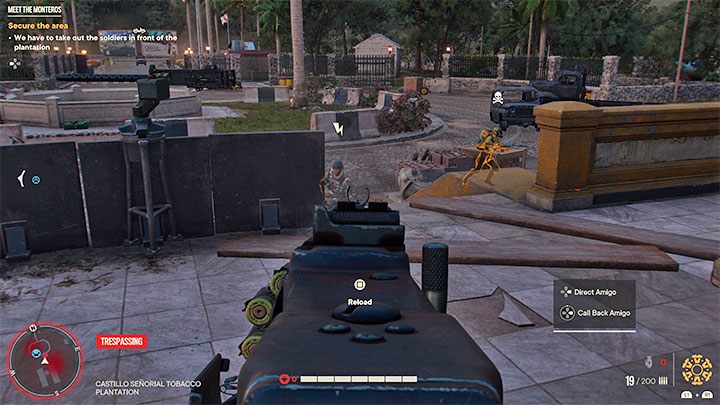 Unfortunately, you have to move away from the miniguns from time to time in order to deal with, among other things, opponents attacking from the flanks. Use the nearby cover and weapons effective in mid-range combat. You can also take advantage of your supremos and related gadgets. 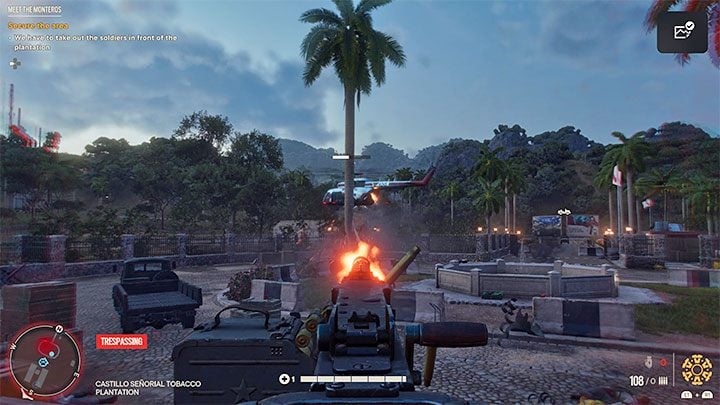 During the final part of the battle, an enemy helicopter may join the fray. Your best bet is to quickly return to one of the stationary miniguns and use its massive firepower to quickly shoot down the flying vehicle. 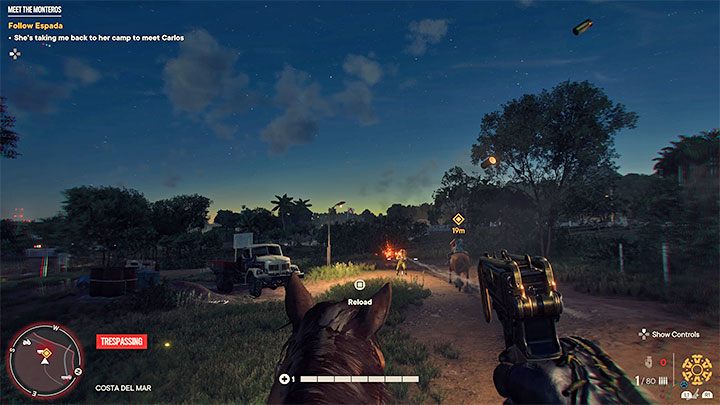 Once the fights have been won, start sprinting after Camila. You need to reach the horses - jump on horseback and start running away.

As you flee, look for opportunities to use handguns to shoot at individual soldiers along the way. This is not mandatory, but will lower your chances of being seriously injured. Eventually, you will reach the guerrilla camp at the Montero Farm, where you will meet Carlos Montero.