This page of the Far Cry 6 game guide contains a walkthrough of operation Juan of a Kind, which is one of the starting main missions. The following walkthrough explains, among other things, where to find the titular Juan, how to turn Guapo the alligator into an Amigo, how to steal supplies from the enemy outpost and what the workbench in the rebel camp can be used for. 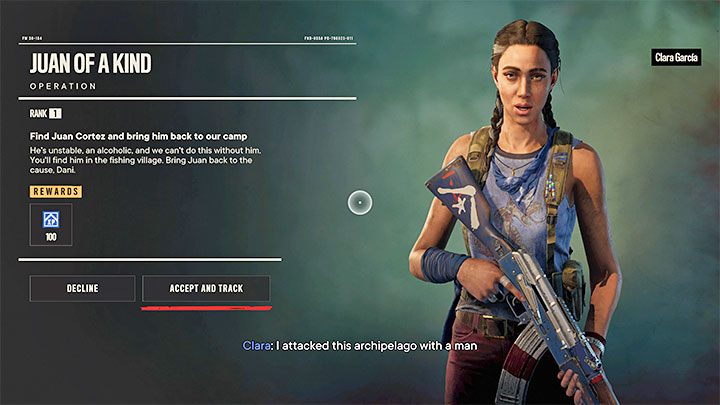 This quest will start in Clara's Camp, which is the first of several rebel hideouts in the game. You won't immediately receive the first mission objective, as you need to meet Clara Garcia at the camp. From her, you will learn that Juan needs to be found.

After talking to the quest giver, the game always displays a window giving you the choice to accept or decline the quest. Don't ever use the latter option, because even when you accept a new mission, in the vast majority of cases you don't need to complete it right away. It will simply remain in the journal and you can leave it for later as well. 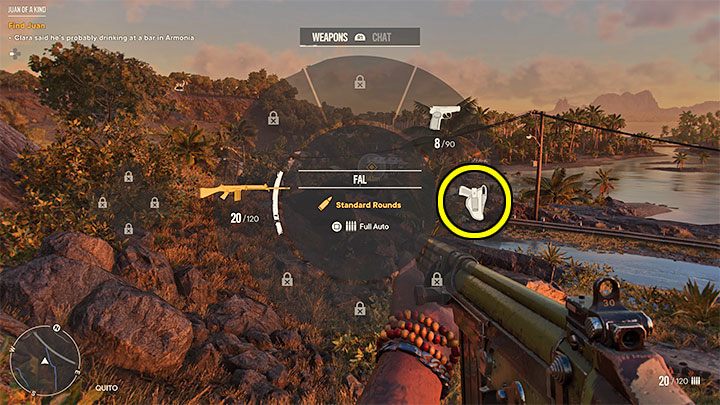 To search for Juan, you must go to Armonia village located north of the rebel camp.

Once there, you should holster your guns as the game suggests, to avoid drawing attention - open the drop-down weapon wheel and select the option on the right (Holster). Caution - Even with your weapon holstered, avoid approaching soldiers so as not to alarm them and instigate unnecessary fights. 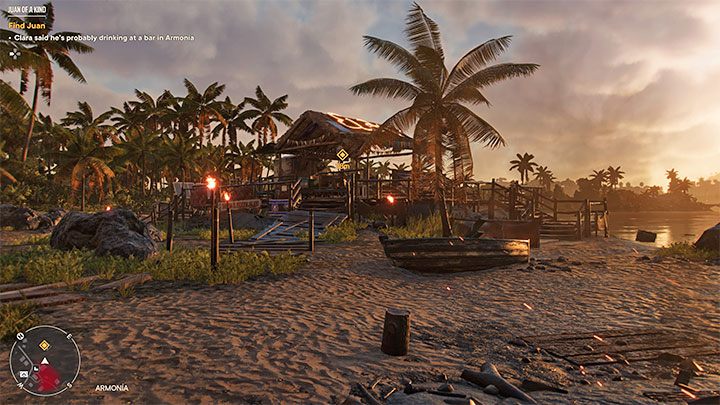 You can find Juan at the bar next to the beach. When you reach this location, a cut-scene will play. 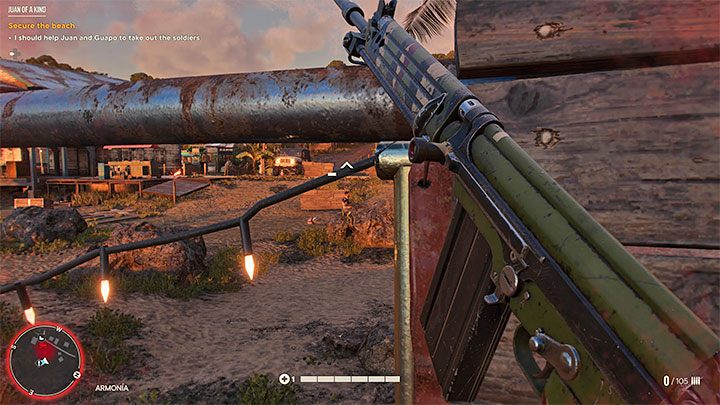 A direct battle will start immediately after the cut-scene. You can choose how to proceed from here and you don't have to worry about Juan.

It might be a good idea to use the FAL rifle you received automatically by completing the previous mission. You can engage in aggressive exchanges of fire or hide behind cover and look for opportunities to take safer shots. If you are seriously injured, hold down the heal button to regenerate your health bar. This method is "free", but doesn't have unlimited uses. 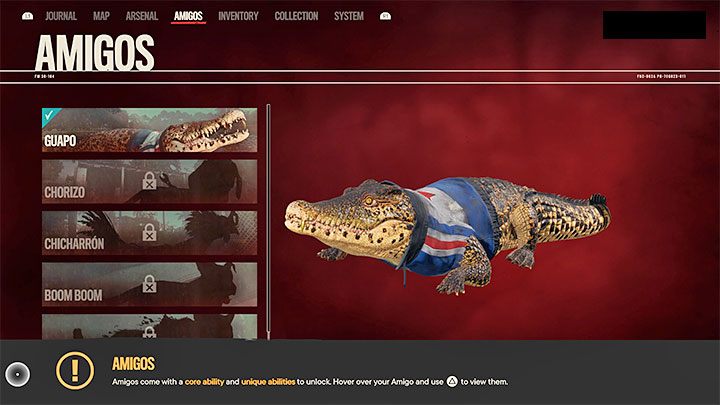 After winning the battle, you will learn that Guapo, an alligator tamed by Juan, has joined the main character. It will become your so-called Amigo, i.e. a pet/animal that helps you win fights and kill enemies.

Guapo can be given one of two commands (press or hold right on the d-pad) - to attack the indicated enemy or to return to you. The alligator cannot die, but if it loses its entire health bar, it needs to be "revived".

Steal some supplies for Juan 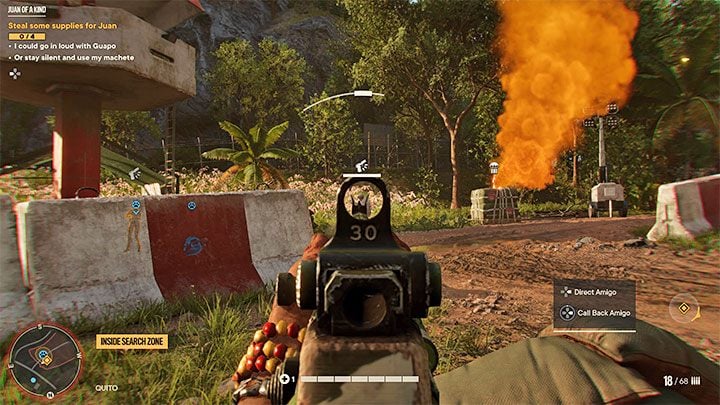 With Juan, you will reach a small enemy outpost and be tasked with obtaining the unique supplies stored there.

According to the information received, you can take part in direct battles or sneak and eliminate enemies by surprise (sneak into the enemy location from the side). It might also be a good idea to give the first commands to the crocodile, but this will alert your enemies and it's not guaranteed to be successful. Thankfully, the resulting battles shouldn't be too difficult. 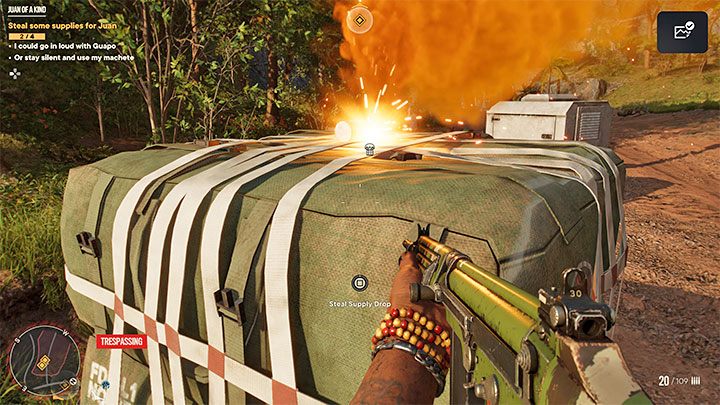 There are 4 locations to explore in the enemy outpost with supplies and you can visit them in any order.

Report back to Juan and head to Clara's camp with him, where you will first watch another cut-scene.

Use the Workbench to Resolver your weapons 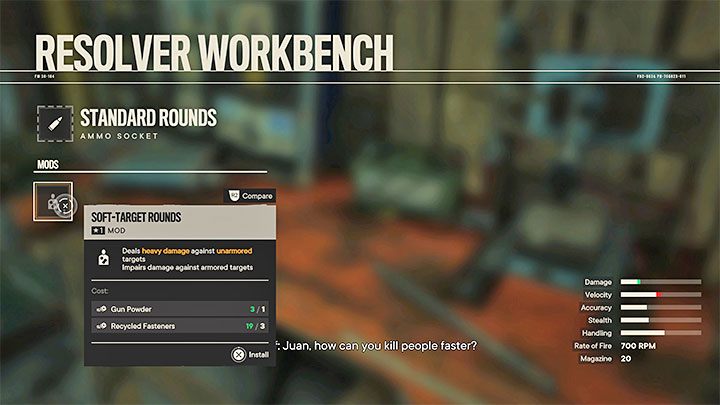 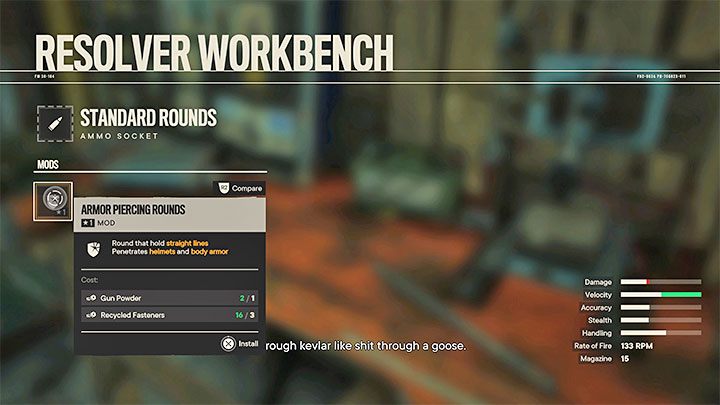 You will now have to complete a tutorial on how to use workbenches, which can be used in the game world, among other things, to modify and upgrade your firearms. 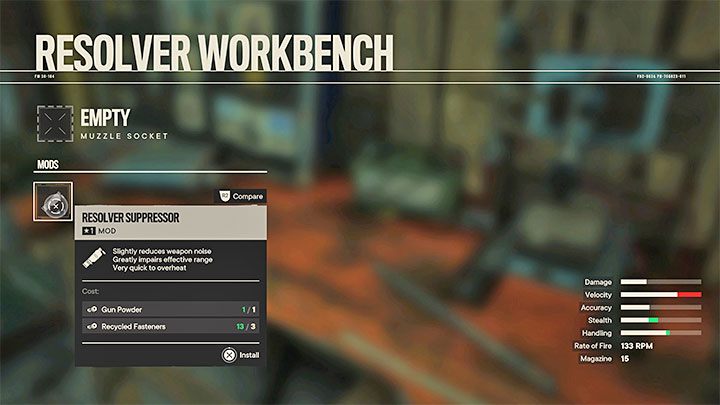 You should also equip one of your rifles with a mod that adds a silencer. This will turn this weapon into the perfect candidate for silently eliminating enemies at a distance.

Closing the workbench window will complete this mission.