On this page of our game guide to Fall Guys we have prepared information on how to change your character's appearance by using outfits and minor cosmetic items. You can also find out whether customizing your outfit may have any impact on the gameplay.

How can I change my character appearance and set up emotes? 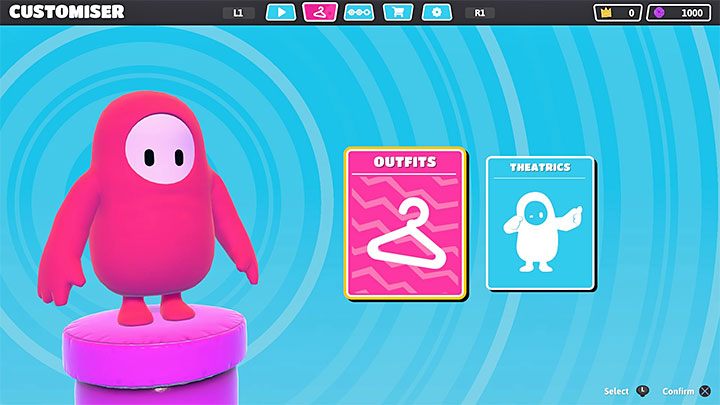 All options for changing the character's appearance and animations can be found in the Customiser tab in the main menu: 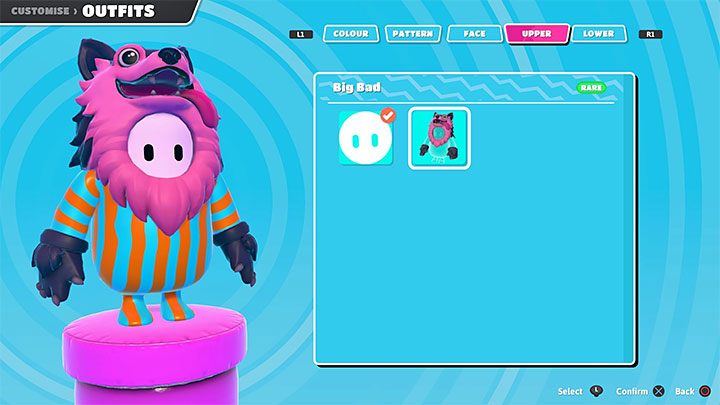 Customize character's appearance options have been divided into 5 main categories:

Does the character appearance affect the gameplay?

No, outfits and costumes don't have any impact on the in-game stats of the controlled character. The gameplay won't suddenly become easier or harder. A unique outfit can, of course, help you stand out from other players. So, it's a change that is purely visual.

How to get new cosmetic items? 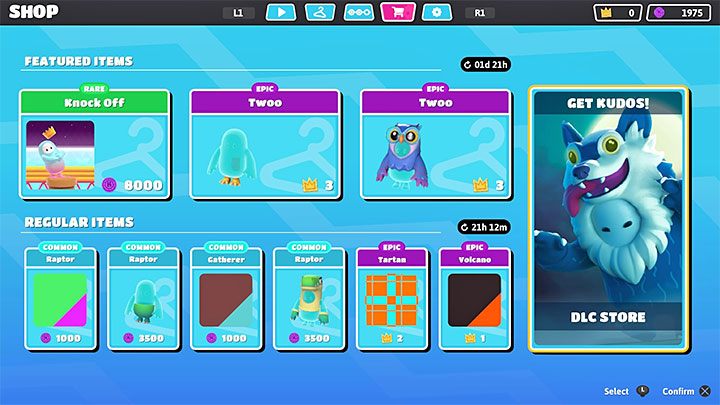 There are three main ways to acquire cosmetic items:

1) Buy items in a store - most cosmetic items can be bought for Kudos, which is the main currency in the game. The average price per item is several thousand Kudos - the rarer the item, the more you have to pay for it. Some items can be bought for crowns, that is, the second type of in-game currency. Depending on how rare the item is, it can cost between one and several crowns.

Items available in the store are being replaced every few hours. If you don't find anything interesting in the current offer of the store, then you can keep the Kudos and crowns in order to wait for better items. 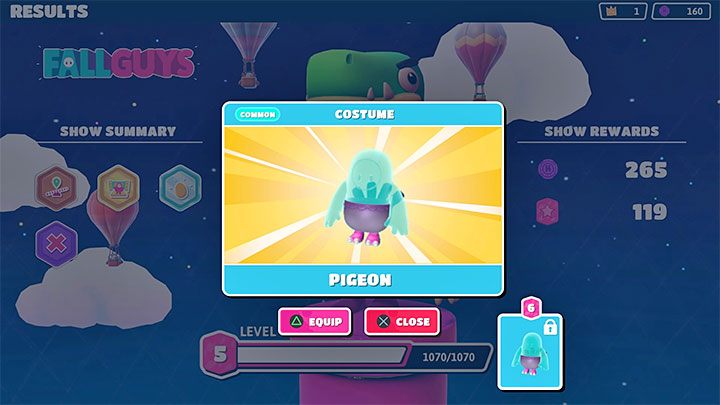 2) Receive items as a reward for advancing to higher levels of experience - subsequent levels of experience can grant you specific cosmetic items, which are received for free at the time of getting a level up. You can check in advance what rewards have been prepared in order not to buy similar items in the store. 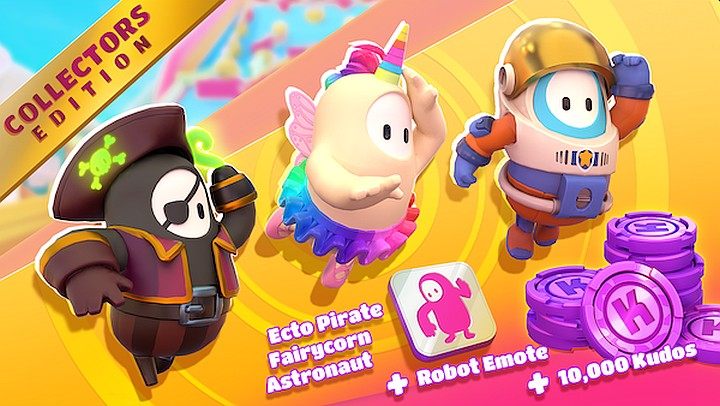 3) Buying paid extras for the game - at the time of the release of Fall Guys, there was a special a collector's package available which included a pirate, fairy and astronaut costumes. DLC extras can be bought only for real money and the extra outfits cannot be acquired by making progress in the game.