This page of the Fall Guys guide provides an explanation for the game show rules which were based on Battle Royale mechanics. You will find out how many players enter the tournament, how to eliminate contestants, and how to reach the final and win the crown.

All the major varieties of mini-games included in the game show are further described in the chapter Main types of games. There, you'll find specific tips for the individual mini-games. 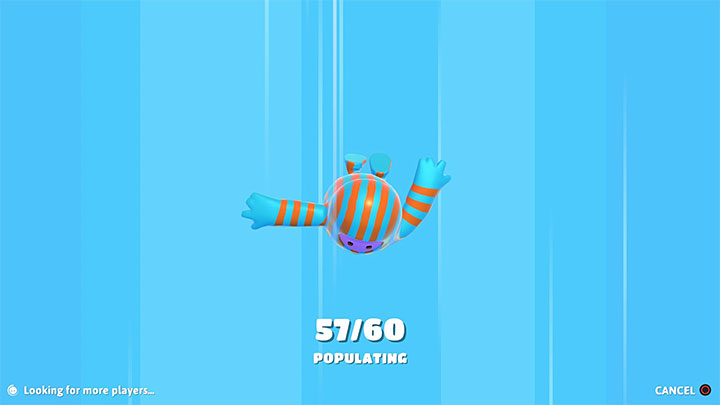 Each game show is governed by battle royale rules. This means that out of all the participants in the game, only one can eventually become the winner and receive the prize in the form of a crown.

Up to 60 players can participate in each tournament and by default, the game selects participants based on matchmaking. If the game fails to amass the maximum number of players, the competition may begin with slightly fewer players. 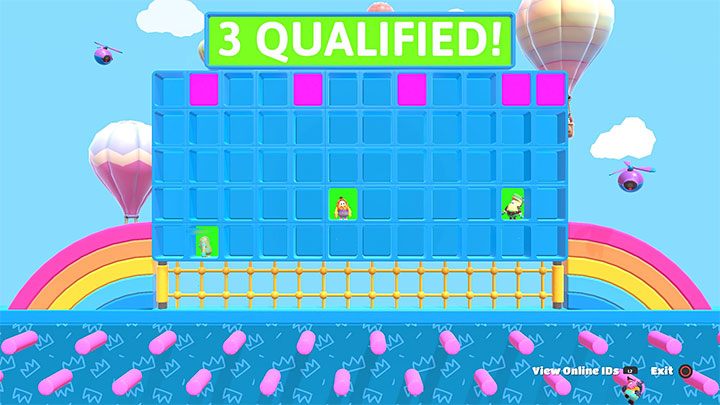 The game show is organized on the basis of consecutive competitions/qualifiers which take the form of various mini-games. The goal of these games is to gradually reduce the number of participants by eliminating those who fared least well. In a single mini-game, up to 20 people can be removed from the tournament.

The main options for eliminating players in subsequent competitions are:

The number of rounds in a single game is not constant - it usually lasts 5 rounds, but the entire game can also last 3, 4 or 6 rounds. 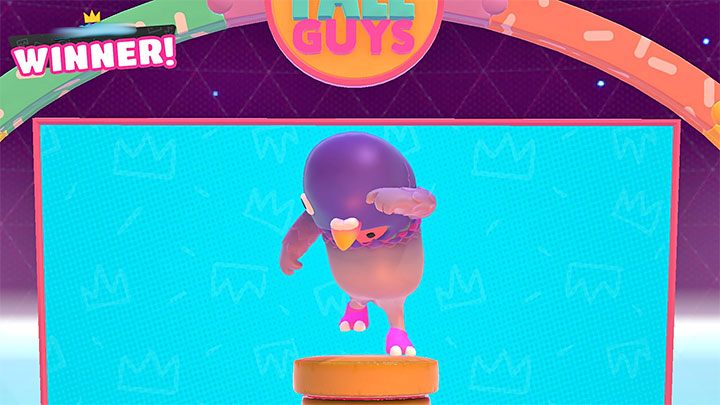 Only one player can win the final round. This simply means that he must beat all the other players (usually six to seven) who took part in the final competition. 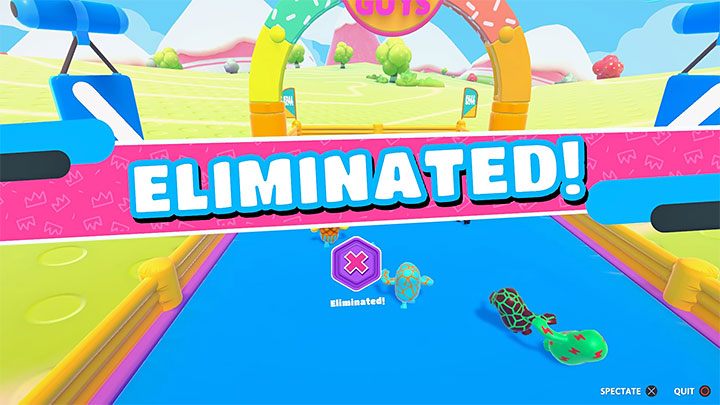 In most mini-games, falling outside the game zone means respawn - you can be moved to the initial zone or to the last checkpoint. Don't give up because you still have a chance of progressing to the next round.

If you have been eliminated from any competition, do not participate in the next one if its a part of the same tournament. You then have two main options: