On this page of the guide to Fall Guys you will find advice for beginners that should make it a little easier to hit the ground running in the game. Our tips and tricks concern character movement and interaction with other players, among others.

If you're looking for tips on how to win individual mini-games that take place during a tournament, check out the Main types of games in our guide. 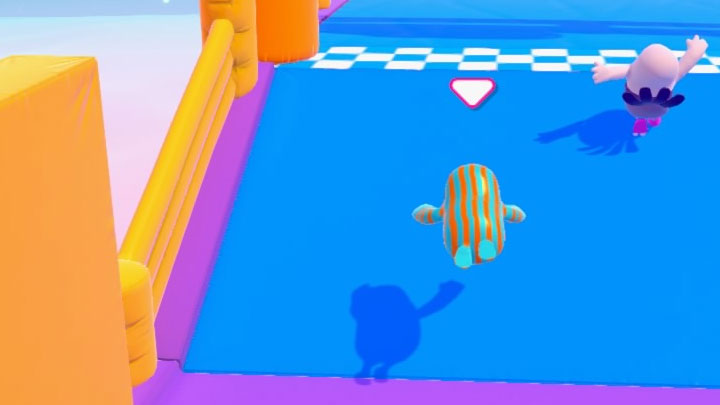 In Fall Guys, you often have to avoid moving obstacles and jump over precipices. Standard jumps may not always be enough, but fortunately there is an excellent way to make them longer. As you jump, immediately perform a dive by pressing Square. This will allow your character to fly further. Note however, that it will take a short moment to recover after landing.

Further jumps are useful in See Saw games, for example, as you're often required to perform far jumps from steep surfaces. Generally, however, try to use them in all those situations where you are not sure that a regular jump will get you to the other side of a gap or a moving obstacle. 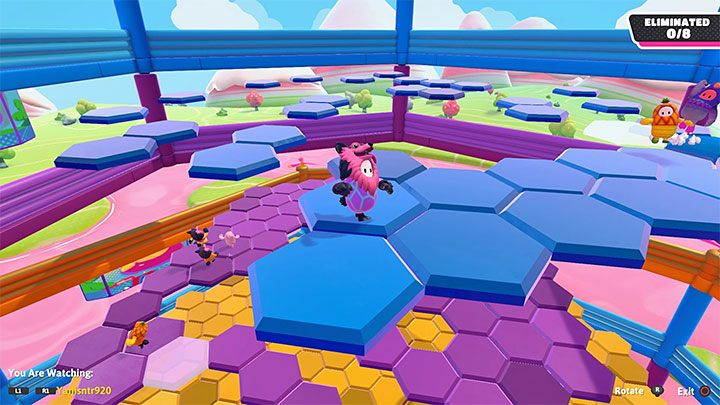 After you're eliminated from a tournament, you don't have to leave the game right away. You can spend some time watching as a spectator, even in subsequent games played without your participation. The L1 and R1 buttons allow you to switch between players, and the right analog stick can be used to look around.

The spectator option is especially useful in the first hours of play. Pay attention to the moves of the best players - you can learn, for example, how to avoid obstacles effectively, where to hide, or how to avoid falling off the map.

In some games, it's not worth rushing too much to get to the finish line 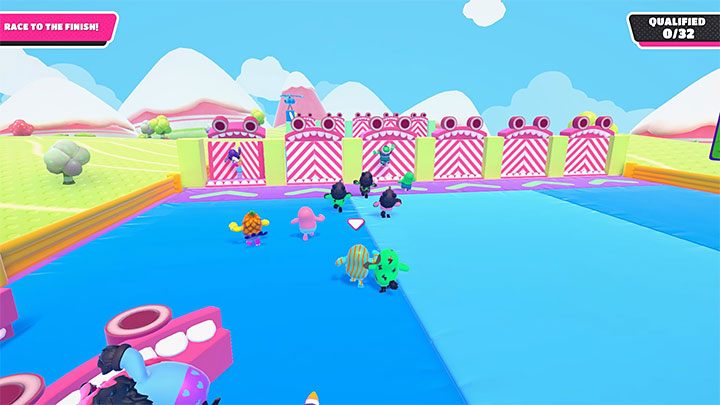 This includes Door Dash and Tip Toe games. In Door Dash, allow other players to test available passages. After one of them is knocked down, quickly move towards it, passing players who crashed into indestructible door. In Tip Toe, try to stay close to players checking the stability of the plates. By testing them yourself, you risk falling off the map and you may not make it to the finish line later.

In each of these cases, however, don't stay too far behind as you may miss the next round qualifiers.

In team games, roles and responsibilities have to be shared 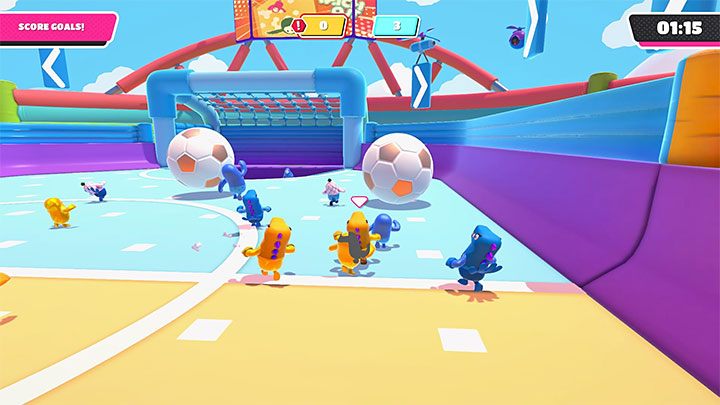 In all team games, the best results are obtained with dividing roles and responsibilities. Here are a few examples - in Egg Scramble, some players should stay near their nest and try to make it difficult to steal eggs, in Fall Ball, different players should focus on different balls and in addition have someone to defend the objective, while in Rock 'n' Roll, one or more players can go forward and make it difficult for other teams to score.

If it's possible, play in a group with your friends so you can communicate with them, plan strategy, and split roles. Unfortunately, this is not possible when playing with random people.

It's worth using skins that don't stand out from others 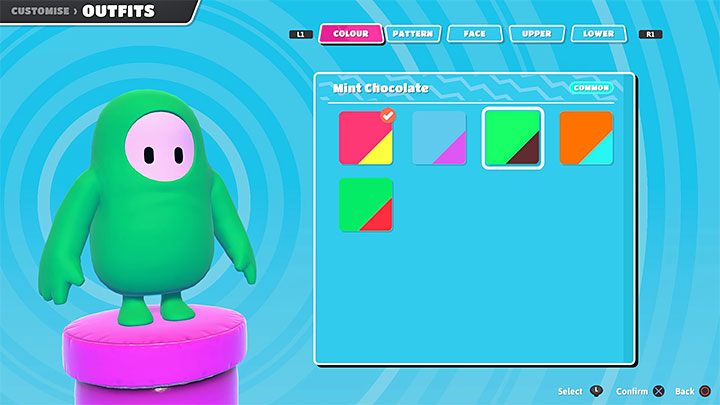 In Fall Guys, you can get a lot of crazy outfits and skins that can radically change the appearance of the character. Although none of these items alter the abilities of the character, the choice of a rare outfit or skin can make the game a little more difficult. The reason for that is that you will stand out more than other players.

The unusual appearance can make it particularly difficult to cope in Tail Tag or Jinxed modes, which involve running away from other players. Having a common skin/outfit will make it a little easier to avoid drawing attention. You can also deliberately choose a uniform or a standard skin, which will partly allow your character to "blend in" with the different elements of the surroundings. 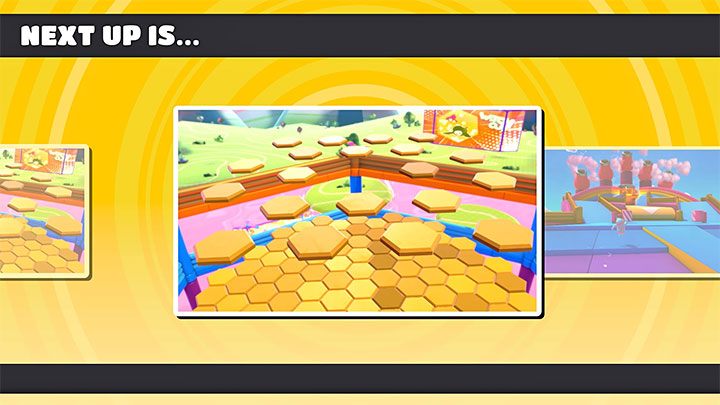 In Fall Guys, there is no option to choose the next game, although some only appear at certain moments of the tournament (for example, Hex-a-Gone is one of the finals). So there is no way to avoid those games that you didn't like, or that you have problems coping with.

Try to gradually increase your skills in all varieties of mini-games so that one of them doesn't interfere with your ability to reach the final. It is worth noting that playing with friends who are doing well will make it easier for you to complete team mini-games. This will reduce the risk that you will be eliminated from a game because of poorly performing random players who have been selected for your team.