During your voyages throughout Albion, you will find these enchanted passages indicated on the minimap with a violet dot. In most cases solving the door's riddle is not necessary to finish the game, but by doing so you can gain some interesting legendary weapons and other worthwhile bonuses. Be sure to spare some time to access them all, then.

Use the Lantern on the door, and the Elixir of Life will be yours. 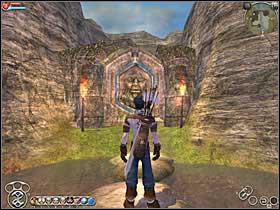 To get through this one, you must interact with the door with your combat multiplier of at least 14. It isn't too easy while you're early in the game, but most certainly worth the effort, as passing this test gives us Cutlass Bluetane, one of the best melee weapons out there. If you manage to get it while still being a freshman, you surely won't be changing weapons any time soon.

The easiest way to pump the multiplier high enough is to enter the nearby Hobbe Cave, using the aforementioned Mana Shield trick to avoid being hit. Keep in mind that your combat multiplier is halved each time you walk from one area to another, so it'll have to be about 25 while you leave the cave. If you lack a level or two, there are likely to be some respawned monsters near the Demon Door when you return.

This door, keeping you away from the legendary Wellow's Pickhammer, requires you to perform some kind of exceptionally evil deed in front of it. It can be literally anything, what gives you a large amount of negative character points, such as killing an innocent (aren't any in the vicinity, though, so you'll have to "follow-me"-him from another area). Also, you can just have a lot of Crunchy Chicks while facing the door. When you're totally evil, the door just lets you through without forcing you to do anything. 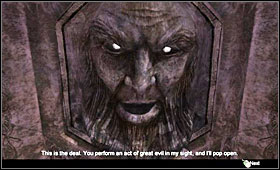 In order to open this one, you'll have to satisfy it with a gift of some sort (roses or chocolates do the job done). Your reward will be the Bright Will User's Suit, pretty cool looking. Btw. "oh, you really know how to treat a door" rules. 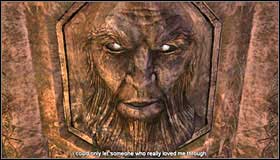 You'll have to defeat some Hobbe guards, nothing complicated really. You'll get Dark Will User's Suit for that one.

Well, this door opens only to the ones who have certain sexual experience. Just get laid 10 times and you're in. The nearby Bordello will make it all too easy. Do the thing, and the gorgeous Pimp Hat will be yours. 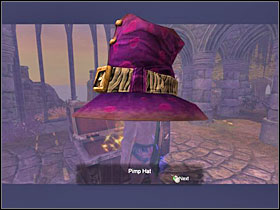 This one sure doesn't like 'bony adventurers', so just eat a lot of goodies, become a fatty and you're done. Inside you'll find a Will Master's Elixir. 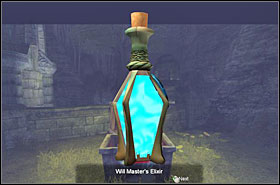 This door is waiting for some people to appear in front of it, and will open to you only when you disguise as three of them in three different outfits. Just wear Bright Plate Mail, Dark Will User's Suit and Bandit Suit and off you go. The first one is to be bought in the Arena, the second one is in Demon Door #5. You'll surely have the Bandit Suit completed by now. Dollmaster's Mace awaits you inside. 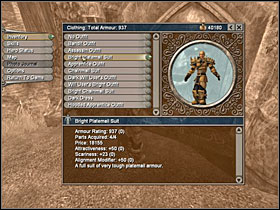 Just hit the door with your bow as hard as you can. Just get close enough, aim at door's lips or eyes and let the arrow go in the right moment. You'll get an Elixir of Life. 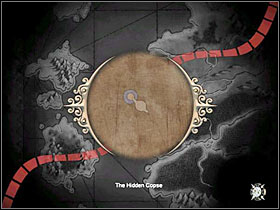 This door will open only if you marry Lady Gray (a quest called Mayor's Invitation, explained closely in the subquest section). Ronok the Axe is inside for you.

This one is tricky, as the door wants you to give it ALL of your silver keys. You won't be getting them back. It's better to wander around and get all of the Silver Chests first, then you can handle the keys with no hesitation. The weapon that awaits you inside, The Bereaver, isn't nothing special, though (especially if you have Solus Greatsword, and shame on you if you don't). 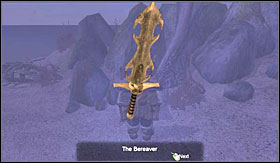 Apart from the ones above, there are some other Demon Doors found in the game, but opening them is necessary to complete the game, so we'll take care of them in the gold quest walkthrough.