Don't be afraid no more! Once you read these words, all your troubles concerning Peter Molyneux's Fable will disappear instantly. With this handbook, the long and successful hero's career stands before you as openly as never before. You will not only "finish" the game, but complete it with grace and style matched only by the Arena's greatest legends. Secrets, keys, legendary weapons, you'll find everything you need in here - and perhaps even a little bit more. Take your place, then, and don't waste any more time. Time is money, they say, and you have yet to become a hero that has any. 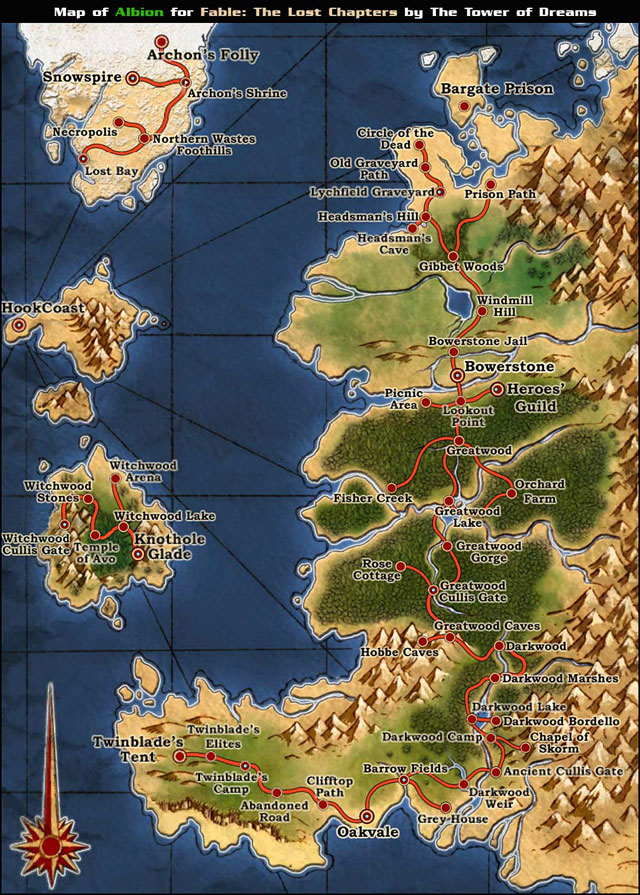 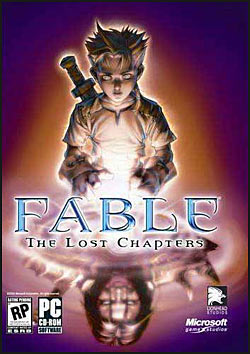 Imagine a world where every choice and action determines what you become. Where you evolve in real time based on every little thing you do. Your every action determines your character's skills, appearance and morality. Your character's life story is created from childhood through to adulthood and on to old age. Grow from an inexperienced child into the most powerful being in the world, spoken of by all and immortalized in legend.
With experience comes advancement and physical change, whether it be expanding muscles, a keen eye and nimble form, or the buzz of magical energies around your finger tips. As you develop your alter ego, the world reacts to you and your actions. People comment on your successes and failures, your appearance, and your behavior. Their many opinions are expressed through applause, mockery, trepidation, panic, and even flirtation if they feel so inclined.
- Experience expanded content. Explore the original worlds and core missions of Fable that thrilled Xbox gamers and discover additional regions, storylines and side quests, as well as optional missions with Fable: The Lost Chapters. In addition, Fable: The Lost Chapters offers the ability to fight new monsters, practice an expanded group of spells, don new armor, wield additional weapons and interact with new expressions.
- Witness stunning graphics. Fable: The Lost Chapters is fully optimized for the Windows platform, bringing with it breath-taking graphics that allow you to view the world of Albion at its best.
- Forge a hero based on actions. Heroes age and evolve through the actions players choose and the paths they follow  be it for good, evil or in between. Those who ply the way of the sword will see their muscles bulge. Those who weave the dark arts will witness power crackle at their fingertips. And those who rely on speed and stealth will develop lightning-like reflexes and eagle-eyed accuracy.
- Engage in intense real-time combat. Players collect battle scars as they duel with cunning foes and deadly creatures. They can master an array of deadly weapons as they hone the art of blade-craft, hunt their quarry using subterfuge and stealth, or weave death from the elements as they harness the dark arts of the arcane.
- Build a living legend. Through deeds and actions, Fable: The Lost Chapters players build a name for their character across the land. They can recruit allies and followers, gain glory or notoriety, make friends and enemies, the whole time interacting with a living world of people, places and events all reactive to them.
- Shape and exploring a living, evolving world. Players champion or manipulate an ever-changing land with competitive and cooperative heroes, dynamic weather systems, and environments teeming with cultures, creatures, citizens and cities.
- Hone scores of unique skills and extras. Players master new abilities and add possessions as their character develops. They can master the art of thievery, acquire a family, real estate, clothing or tattoos, and more. Fable: The Lost Chapters expands these offerings, providing the player with even more customization choices.
- Never play the same game twice. Once an adventure has been completed, players can forge a new tale full of unexpected twists and turns, with new skills, powers, influences, allies and enemies.