Unlocking and adding new troops to the battle in Enlisted will help you adapt better adapt to the battle. Different units (snipers or tank engineers) will help you counter the opponent and thus achieve a better score. On this guide page, you will learn how to unlock new squads and add them to a battle.

How to unlock new squads? 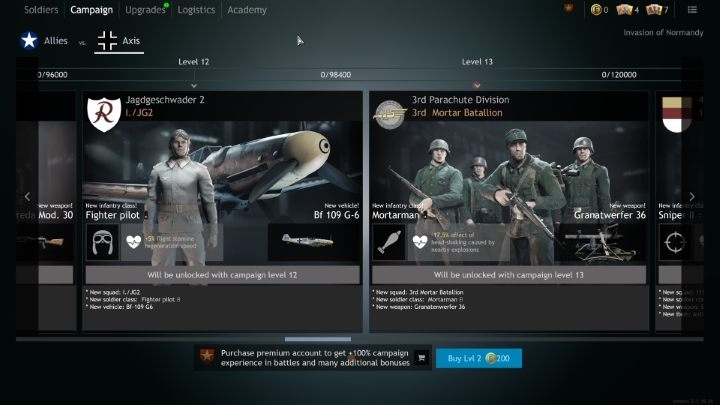 Unlocking new squads in Enlisted is done somewhat automatically - by continuous play. Go to the Campaign tab to find out at what level of the campaign and side of the conflict you will unlock a new squad (as well as new weapons). You gain levels by playing matches - the higher your score at the end, the more points you get. For example, by focusing on playing as Allies in the invasion of Normandy campaign, you will discover new troops that you can use in this campaign.

You can also use premium currency to unlock additional campaign levels - but you'll need to spend real money.

How to add squads to the battle? 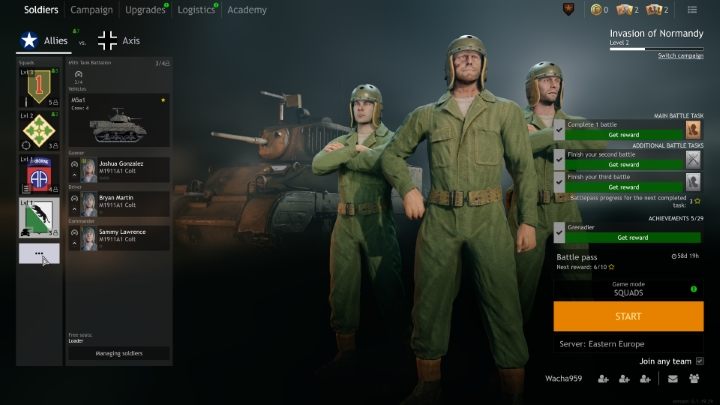 Go to the Soldiers tab and click the three dots icon.

Unlocked squads can be immediately added to the battle and used in the next matches. Just go to the Soldiers tab and click on the three dots icon on the left side of the screen. 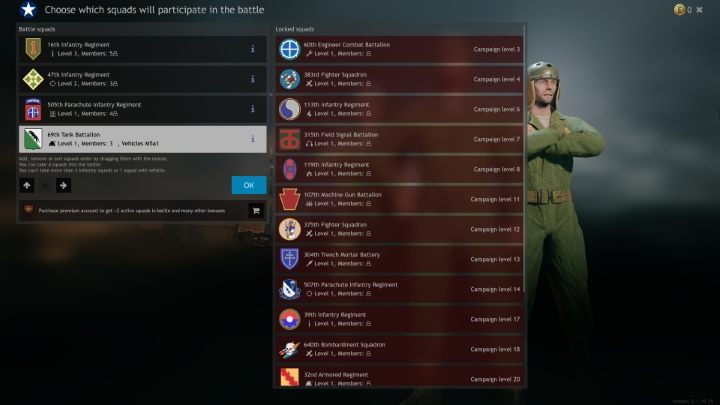 Then drag the selected squad from the right list to the left one.

You will be taken to a window with a list of all squads (both available and locked). Just move the selected unit to the list on the left - it will now participate in battles in a given campaign on a given side of the conflict. Of course, the number of the squad slots is limited, so it is worth considering your choice.

Do you want to learn how to add new soldiers to a squad? Look at the Squad size - how to increase? page in our guide.