From this chapter of the guide to Elder Scrolls Online, you will learn about the character creation process, what races are available, for the individual factions and the characteristics of the races in the game. You will also learn about the methods of gaining experience, because in Elder Scrolls Online your character gets promoted, not only via killing opponents, but also through exploration and completing quests. The final part of this chapter has been devoted to the consequences of your character's death and the ways to revive him.

We also recommend checking out Character creation - best first character, User interface, XP - how to level up faster? and Death in the game - what are the consequences? pages in the Basics chapter. There you can read more about the topics related to your character. 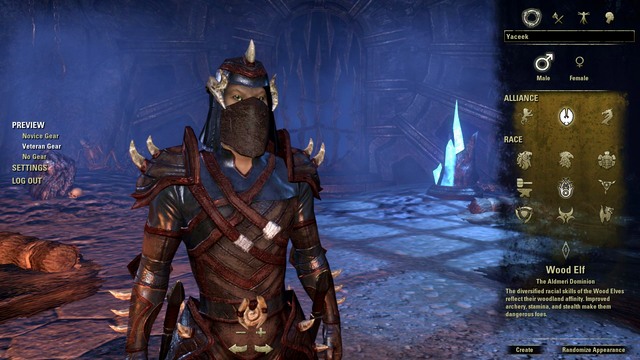 While creating your character in Elder Scrolls Online, just like in the case of the remaining installments of the series, you are granted much freedom. You can attune your character to your own needs and playing style. The individual races have been allotted to one of the three factions in the game. 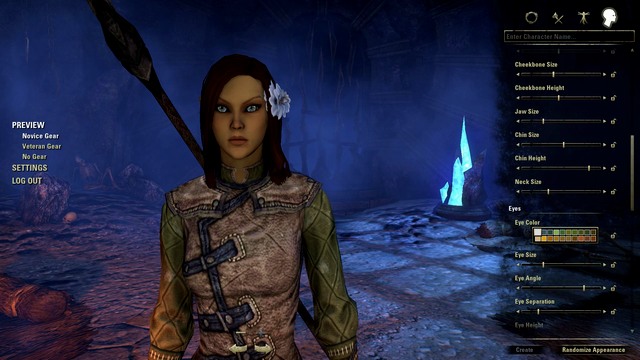 The next step is the looks of your hero. You can use the randomly generated presets, or choose your own looks that you like. There are many settings here, which will help you personalize your hero, like the posture, eye color or the nose shape. After you determine your looks, you can create your hero by pressing the Create button. 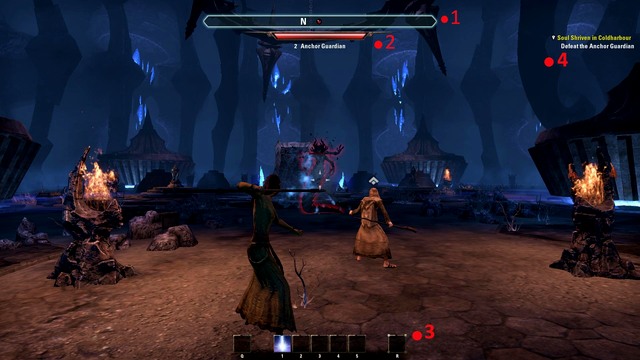 The interface in the Elder Scrolls Online is very lucid and intuitive. The location of the quick bar, or the compass does not obstruct navigation. 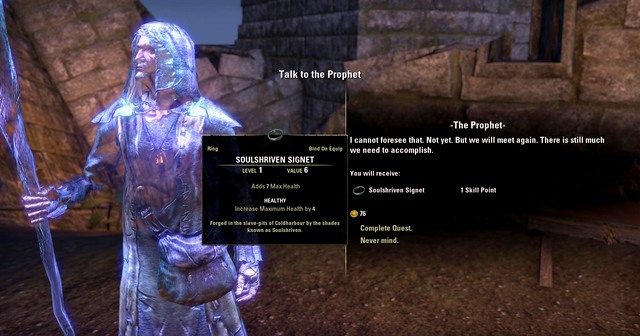 The main way to gain experience in Elder Scrolls Online is completing quests. For each quest that you complete, you receive a reward in the form of gold and experience. In the majority of cases, you receive additional items, as well as ability points.

The second way to gain experience is hunting. Killing monsters is not as profitable as completing quests, but this is used to raise your weapon and defense statistics.

Another way to gain experience is exploration of the world. For each area that you discover, each book that you read, or each stone that you find, you receive some experience.

The weapon and defense abilities are an additional asset in Elder Scrolls Online. Just like each game in the series, the game offers you the possibility of following your own path, when it comes to using weapons or the abilities of your character. For each quest that you complete, or the monster that you slay, your ability level rises. If the level of your abilities is high enough, you will be able to determine the path that you want to follow, with that ability. With each consecutive weapon level, you will be dealing more damage with that type of weapon. Wearing a specific type of armor, and taking damage, also increases your defensive abilities. 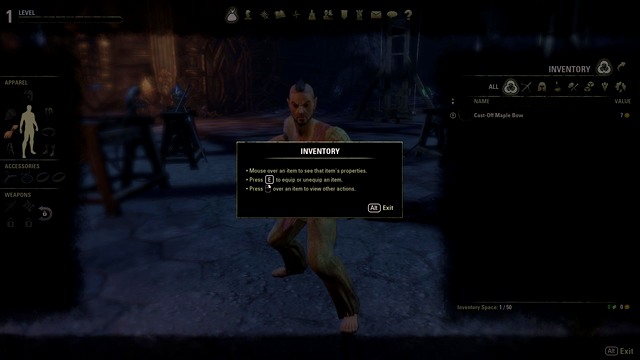 In Elder Scrolls Online, you will be finding various types of weapons or items necessary for crafting. At any point, you can sell these items to a merchant, or train your crafting skills. The space in your inventory is strictly limited so, sometimes, you will have to return to the merchant to empty it. Inventory is divided into several main categories. You can mark an item as valueless, which will help you while bartering with the merchant. To increase the space in your inventory, you need to buy a special item that is available only in the case of some of the merchants (Bag merchant). The maximum space in the inventory is determined by your level and the gold that you have. With each level (+10 slots in the inventory), it is going to cost you more and more.

Banks are a kind of chests where you can leave your loot. Such a bank can be found in each major city and, just like in the case of the inventory, you can increase the available space. For a certain amount of gold, you can buy the space that you need, from the bank manager.

The Hero's death may be fraught with consequences. After your hero dies at the faction's grounds, he will be transferred to the nearest Wayshrine and the items in his inventory will be damaged. To be able to use your items, you need to fix them at the local smithy. You can do that for a certain amount of gold and, the highest the damage, and the experience level, the more you need to pay. Sometimes, the cost of reparation may be so steep that it may be more sound an idea to buy, or craft, a new item.

Another option is to be revived in the place where your character has died. To use this option, you need to own a Soul Gem. Also in this case, your armor loses its features and you will have to repair it. If you travel in a group and you do not have the Soul Gem on you, you can ask an ally, who has such a gem, to revive you. Also in this case, your armor gets damaged.

After you die for a certain number of times, your armor the defensive properties of your armor may drop to zero. If this happens, your character will no longer be protected (just like in the case in which you wear no armor at all).

There are two options available for you, if you want to repair your equipment. One of them is the merchant in the nearest city, or village, and the second is to buy your repair set, which you can carry around and use without the necessity to teleport (or travel) to the nearest merchant. In both cases, you need gold (or loot a chest for the repair set).