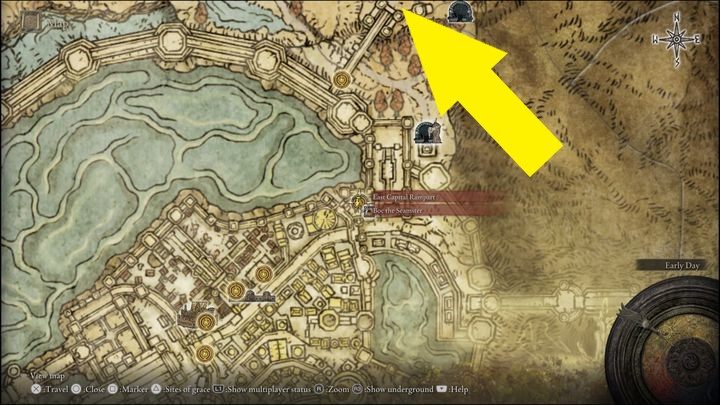 The boss is in the Altus Plateau, in front of the bridge that leads to Leyndell, Royal Capital. 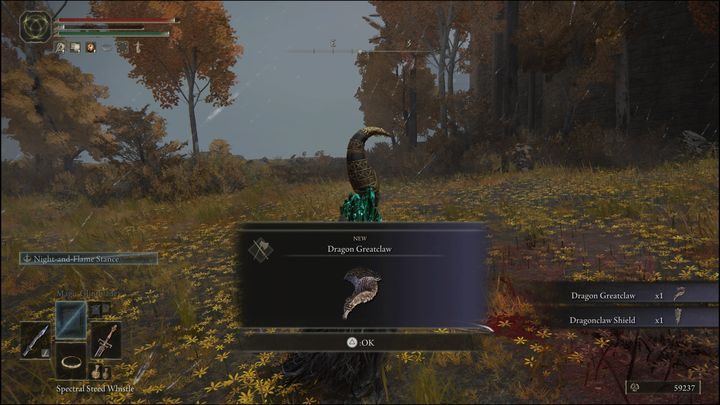 For defeating the Draconic Tree Sentinel, you will receive the Dragon Greatclaw weapon, the Dragonclaw Shield and 50,000 Runes.

Before you begin this fight, consider using incantations or items that apply scarlet rot. This will allow you to inflict the boss with a powerful poison, which will damage him each second. 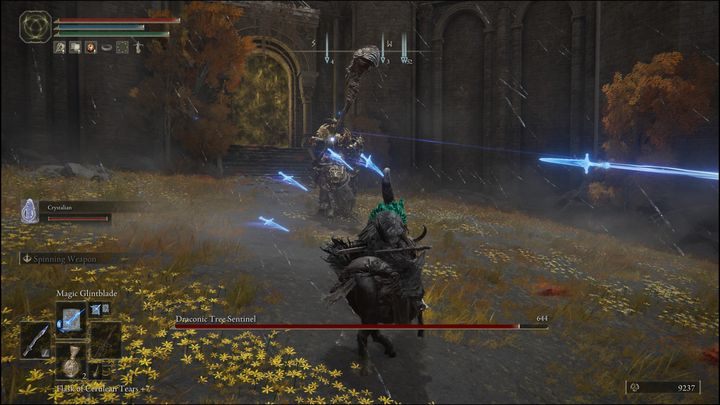 You can also use your mount to fight on horseback. However, if you find it difficult to fight using your mount, it's not required to defeat the boss. Still, it makes it easier to manage the distance between your character and the boss. Moreover, it's much easier to dodge his physical attacks this way. 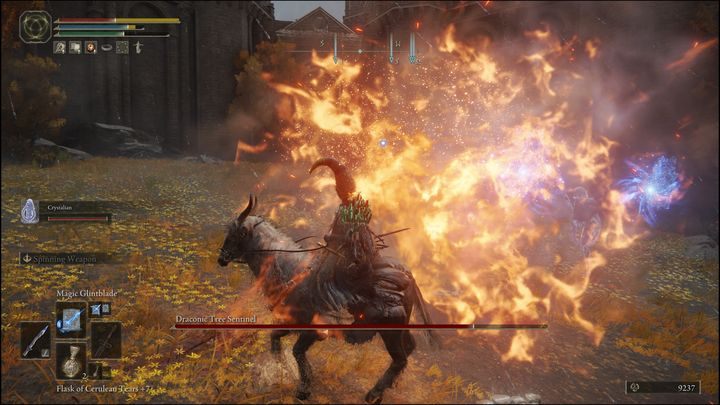 While the first stage is very similar to the regular Tree Sentinel, the second stage adds new, dangerous attacks. Among other things, the fire projectile might cause you some problems. He's most likely to use it when you are in long or medium range. You can avoid it by jumping on your mount or by dodging to the side. 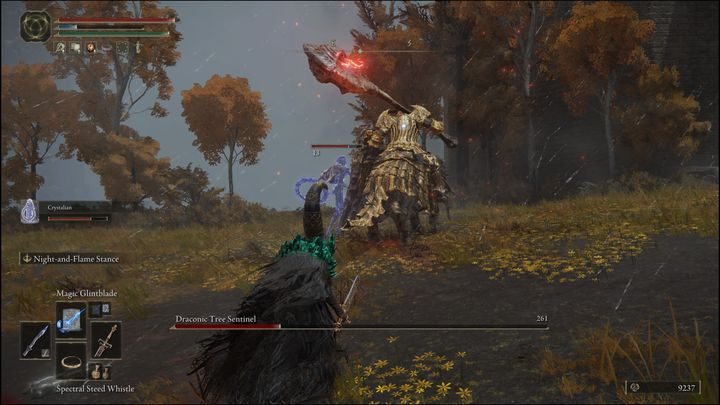 The biggest problem, however, may be red lightning, which he will spam constantly. As soon as he lowers his shield or weapon, start dodging to the side. You might still take some damage if you dodge forward.

Make use of air attacks a lot. They make it easier to stun the boss. You should also stick to his right side (by his shield). This will provoke him to use attacks involving his shield, which are easier to dodge.