This page of the Elden Ring guide contains advice on how to fight the Cleanrot Knight boss. This opponent is completely optional - you can skip him and still see the ending.

The Cleanrot Knight appears in two places. The first time you meet him in Liurnia of the Lakes, and the second in Caelid.

In addition, you can meet him as a regular opponent in various parts of the world. 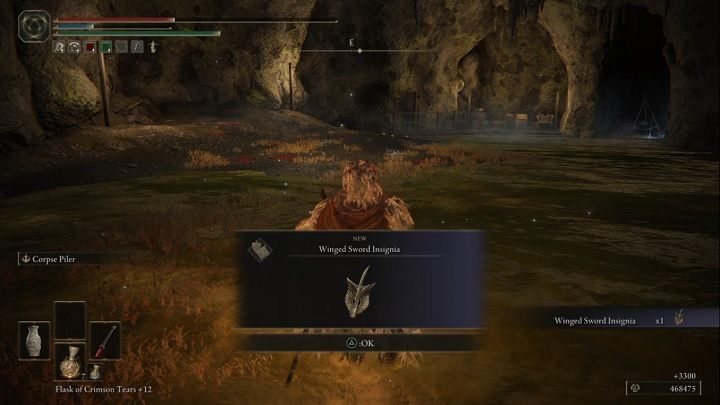 For defeating the Cleanrot Knight in Liurnia of the Lakes, you will receive Runes (3,300) and Winged Sword Insignia. This accessory will increase the power of each subsequent attack. 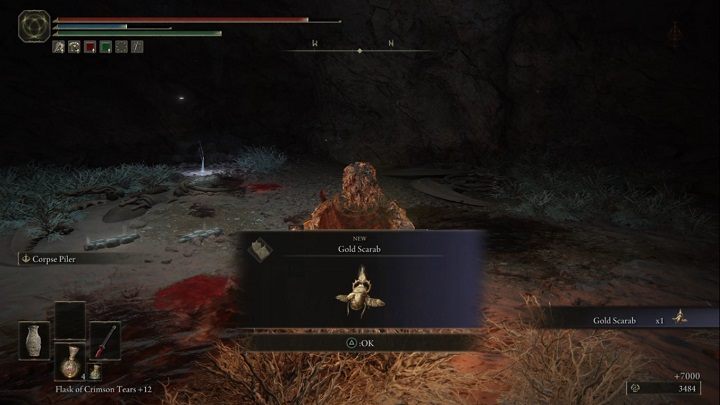 After entering the arena, you will notice that it is almost completely filled with poisonous water. Fortunately, poison is not particularly dangerous, but the HP will drop faster than usual. You will have to remember about healing and do it more often. 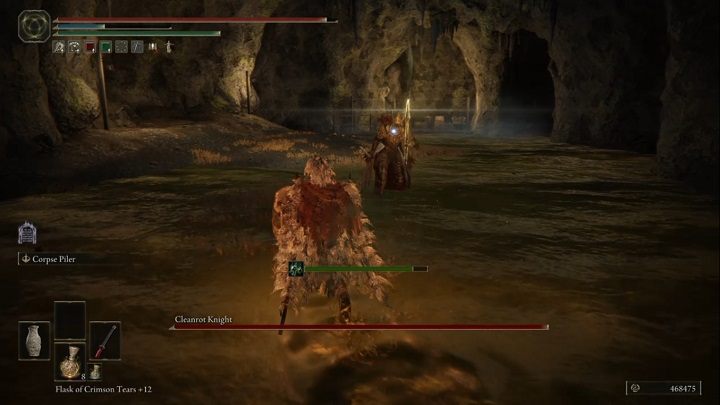 The opponent might try to stab you if you get too close to him. When his spear starts glowing gold, the Cleanrot Knight will charge. If you expose yourself to this attack, you will get the scarlet rot status. A dodge performed at the right moment will save you. 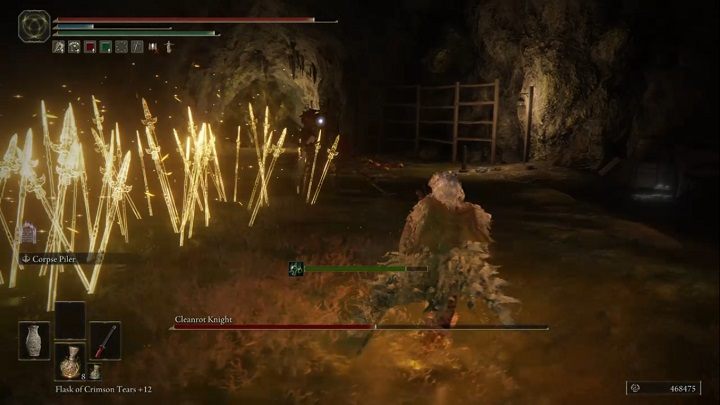 The Cleanrot Knights will make areas from which will "grow" magic spears. You will recognize this attack when the enemy starts dragging his spear on the ground.

The area where the spears are to spawn will be lighted up, and you'll have plenty of time to dodge the incoming attack. 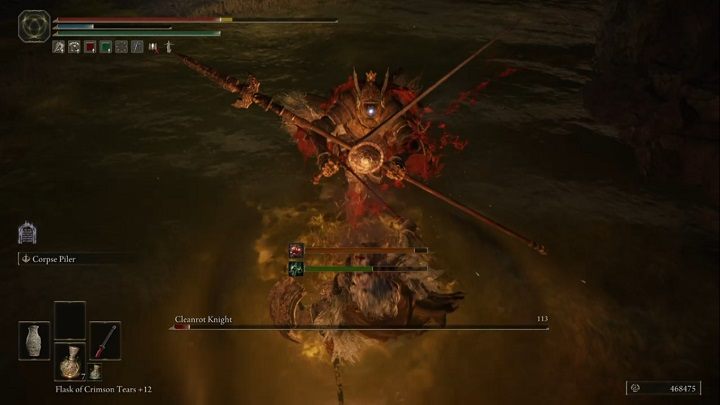 If you keep attacking the enemy from the front, he will cross his two weapons and push you away. After that, you will be exposed to his attack for a while. That is why it is worth trying to attack the Knight's back. This way, you can get a chance to get a critical hit. 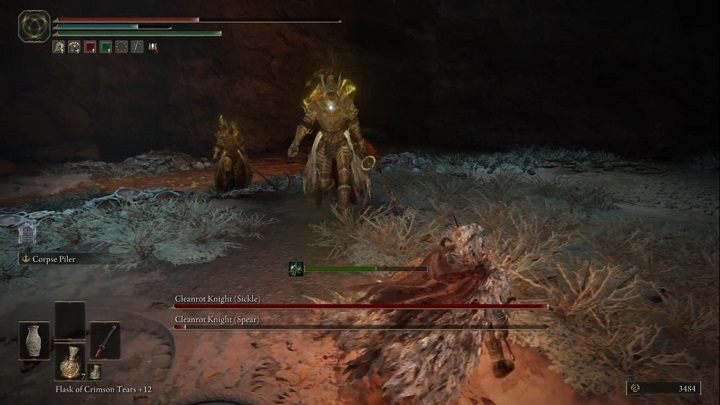 In Caelid, you will have to face two Cleanrot Knights simultaneously. The second one will appear a little later when you deplete a considerable amount of HP of the first one. 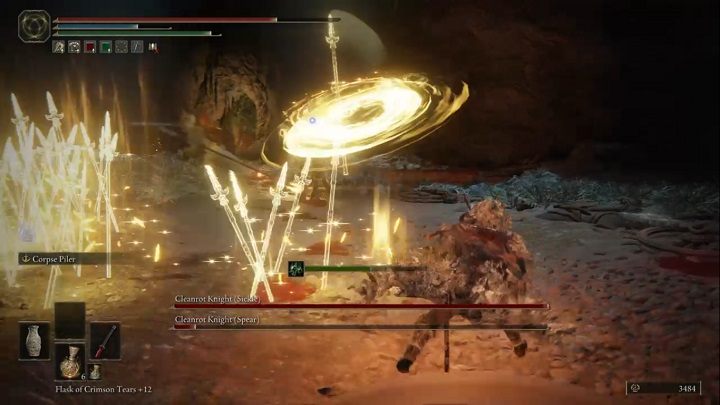 The Cleanrot Knights with a scythe will be the more troublesome opponent in this duo. Mainly because he shoots holy discs over long distances. Thus, he will interrupt almost your every move. That's why we advise you to take care of him first.