On this page of the Elden Ring guide, you will learn how to defeat the boss, Ulcerated Tree Spirit, which can be found in many places in the game. The first variant of this boss can be found at the beginning of the game in Limgrave. 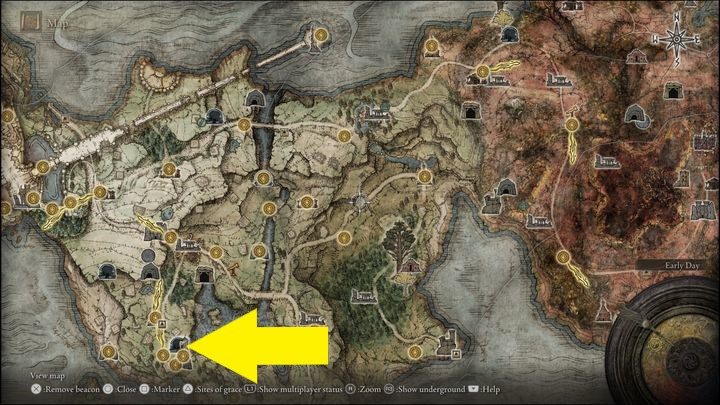 You encounter the first variant of this boss at the very beginning of the game, near the Stranded Graveyard. You need two Stonesword Keys to insert them into the imp statue and unlock the dungeon.

Ulcerated Tree Spirit in Mountaintops of the Giants: 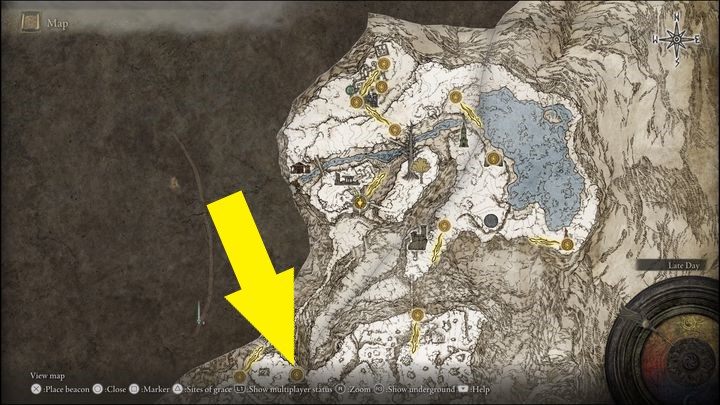 The second variant of the boss can be found in Mountaintops of the Giants - more specifically, in the Giant's Mountaintop Catacombs. 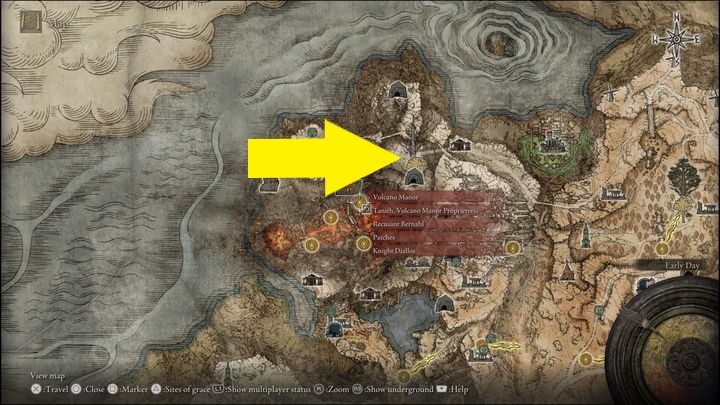 Another version of the boss is on Mt. Gelmir , east of the Site of Grace, The Road of Inquity. 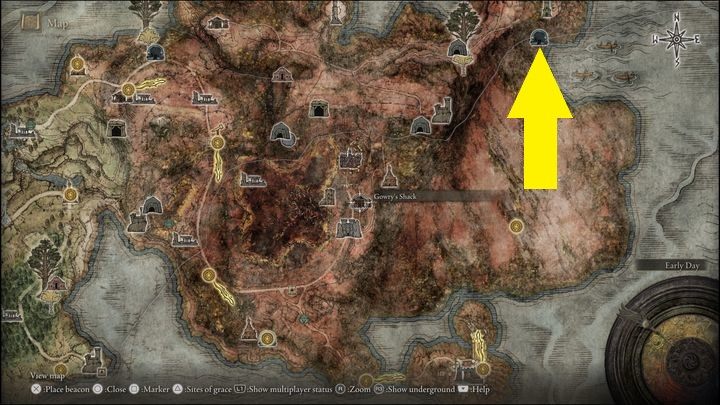 The last variant of the Tree Spirit, which differs in one attack from the others, is in Caelid, more specifically in the War-Dead Catacombs. 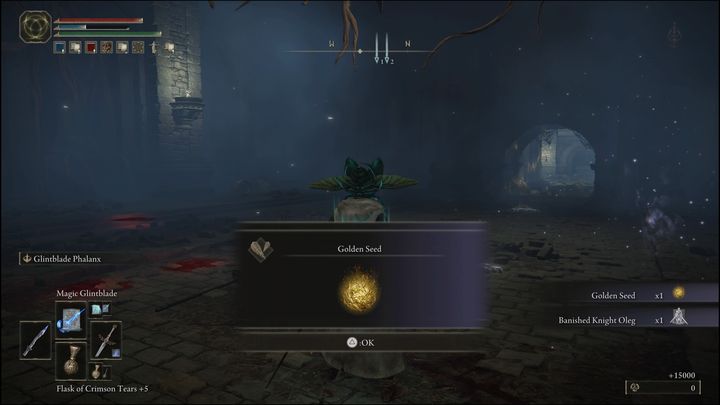 For defeating the Ulcerated Tree Spirit in Limgrave, you will receive a Golden Seed and the ashes of Banished Knight Oleg. 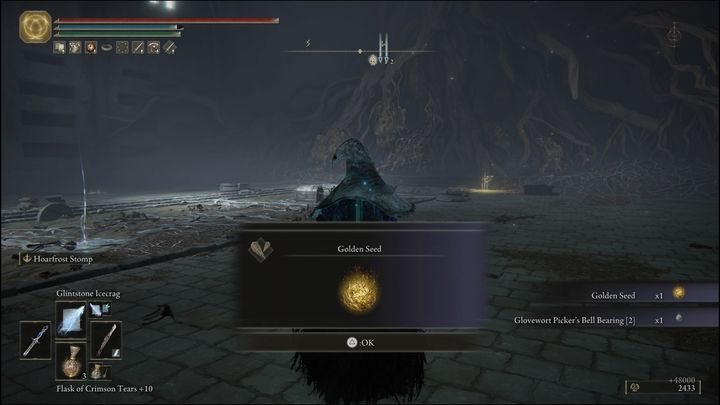 For defeating the Ulcerated Tree Spirit in Mountaintops of the Giants, you will receive a Golden Seed and Glovewort Picker's Bell Bearing [2]. 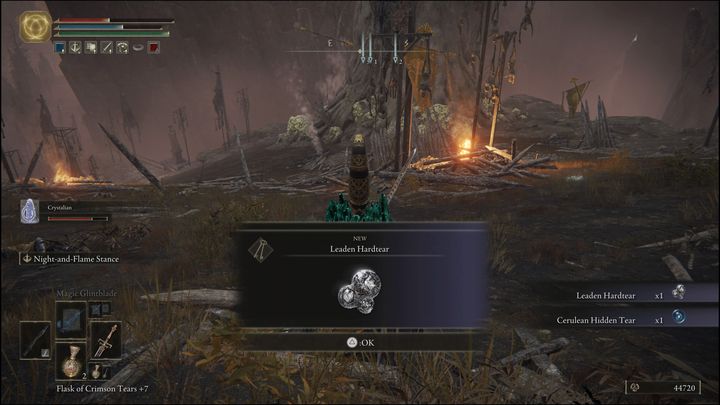 For defeating the Ulcerated Tree Spirit on Mt. Gelmir you will receive a Cerulean Crystal Tear and a Leaden Hardtear. 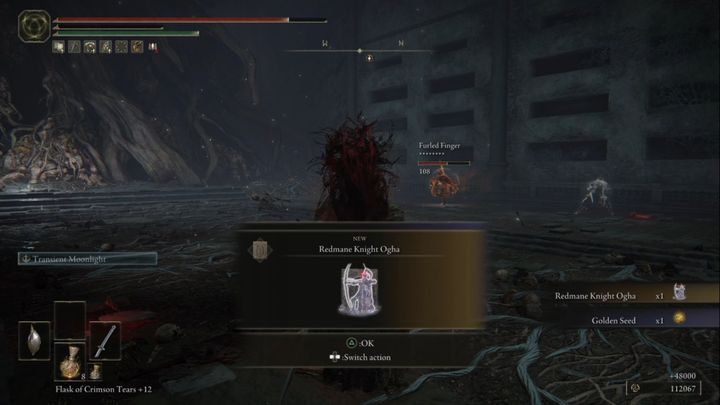 For defeating the Putrid Tree Spirit in Caelid, you will receive a Golden Seed and Spirit ashes of Redmane Knight Ogha.

Before entering any boss arena, be prepared to dodge. The boss can immediately charge in your direction. The main thing to remember is not to panic and avoid unnecessary dodges. 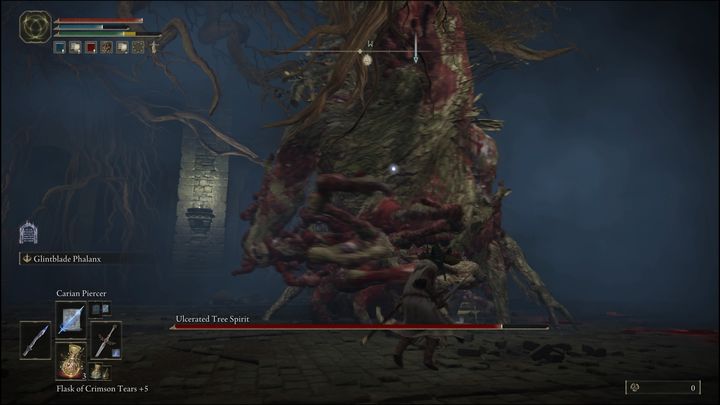 When you are in front of the boss, he will start using his hands instead of rolling around the arena. He can make a few sweeps, but these attacks are visibly indicated and easy to avoid. When he finishes attacking, start striking. 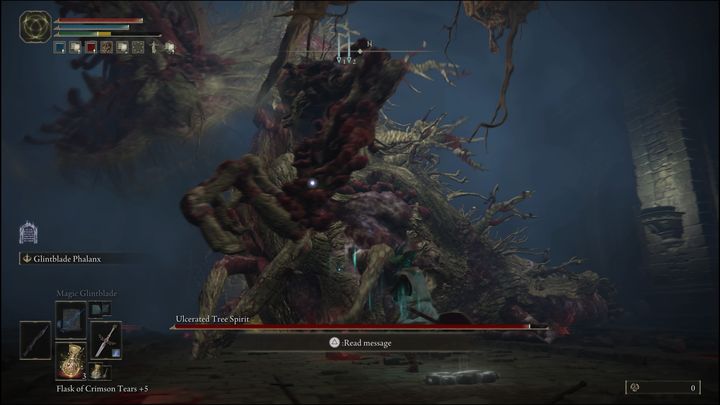 The most dangerous move is his rolling on the floor. You have to keep a greater distance when he does it. Watch out mainly for the tail and head. His first roll is not dangerous if you are away from it. On the other hand, the second one usually has a longer range. 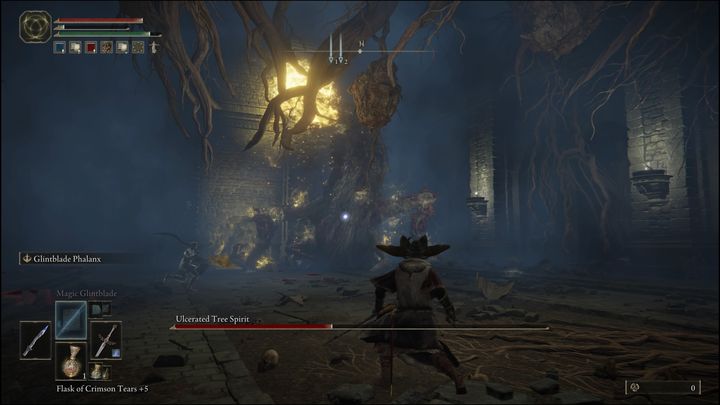 In the second phase of the fight watch out for the burst. When the boss's health drops to 50%, he will start creating lightning bolts (or rot, if it's the Putrid variant of the boss). Move away from him immediately, and it's best to keep your distance when you notice his HP is close to half. The explosion deals a lot of damage and knocks you down. The boss will then take the initiative and attack when you start to get up, and it's very easy to make a mistake.

From time to time, this boss will use this attack in the second phase of the fight. This is not a one-time move, so keep that in mind.