On this page of our Elden Ring guide, you can view a walkthrough for Nepheli Loux questline. Our guide will help in finding the starting location, supply a walkthrough for the quest itself, and show the rewards that can be obtained for completing it. 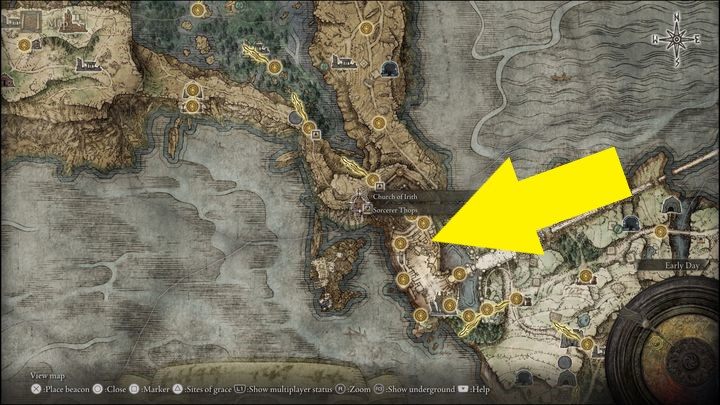 Nephela's exact location is marked in the screenshot with a yellow arrow. Go to the Stormveil Castle - it is close to Secluded Cell site of grace. From there, go towards the great giant and continue forward to the room in front of you.

Nepheli Loux can be found in a room, close to the arena where you face Godrick, the Grafted . 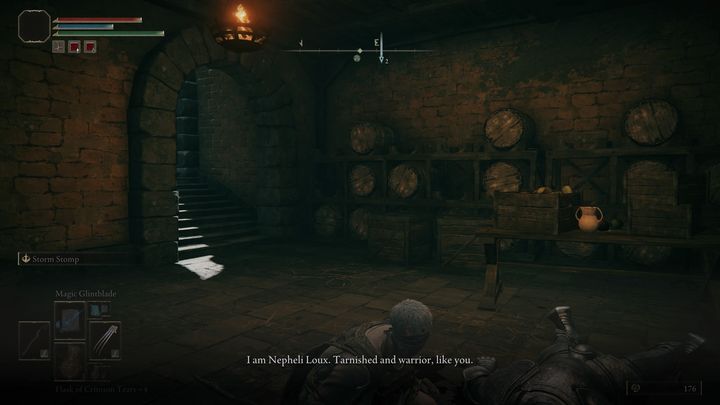 After entering the room, Nepheli will start talking to the dead knight. After the action concludes, talk to her. 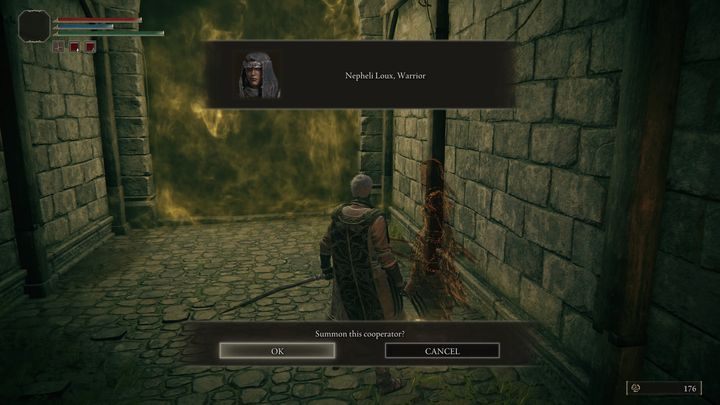 Once the conversation ends, you'll receive the ability to summon Nephela to help you fight Godrick. However, this is optional and does not affect the course of the task in any way. 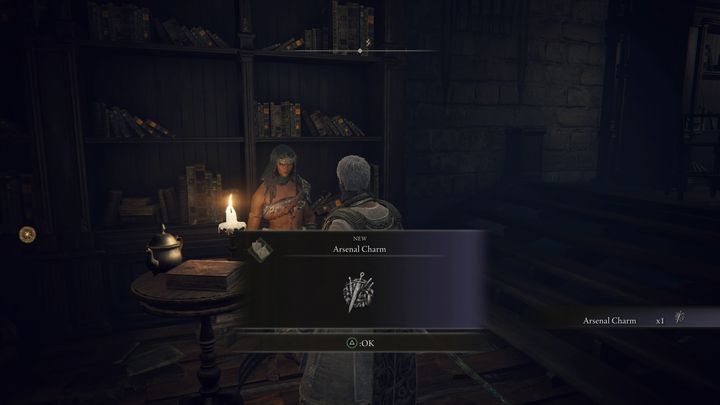 After defeating Godrick, the Grafted , Nepheli will relocate to Roundtable Hold . You can find her in the corridor on the left, near Ensha and Ofnir. Talk to her to continue the quest and receive Arsenal Talisman .

Go to Seluvis, who is in his tower in Carian Manor . Talk to him to get the potion requested by Nepheli. 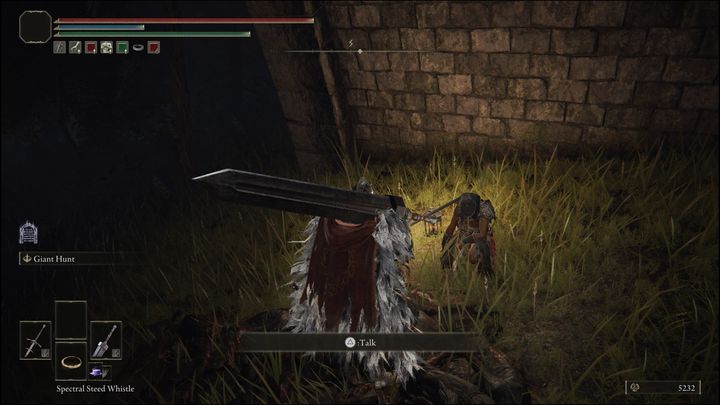 You can now find her before the entrance to the village, kneeling underneath the bridge. Talk to her. During the conversation, you'll receive a new objective - defeat the boss of the location. 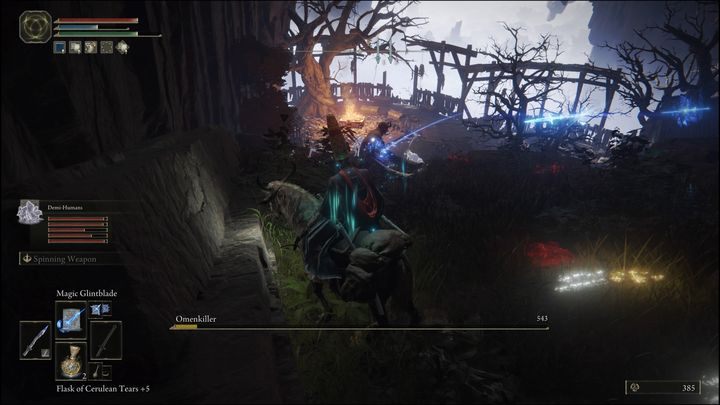 Travel to Village of the Albunarics in Lirunia of the Lakes and face Omenkiller, the boss of the location. 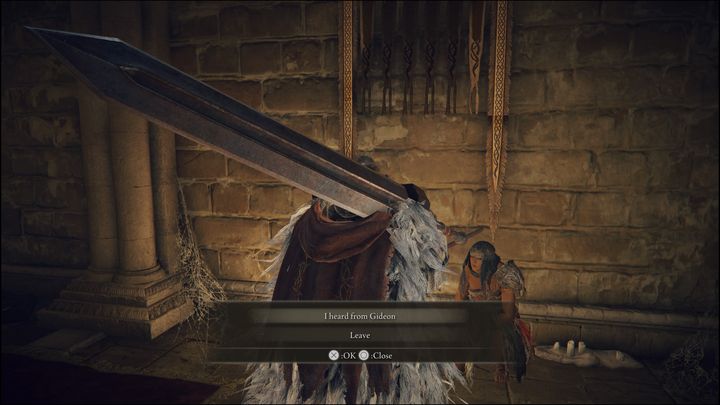 Once you're victorious, talk to Nepheli Loux again. You can now return to Roundtable Hold, as the knight has returned there. This time, she is found on the lower level of the fortress - you can get there by stairs that are next to the blacksmith. 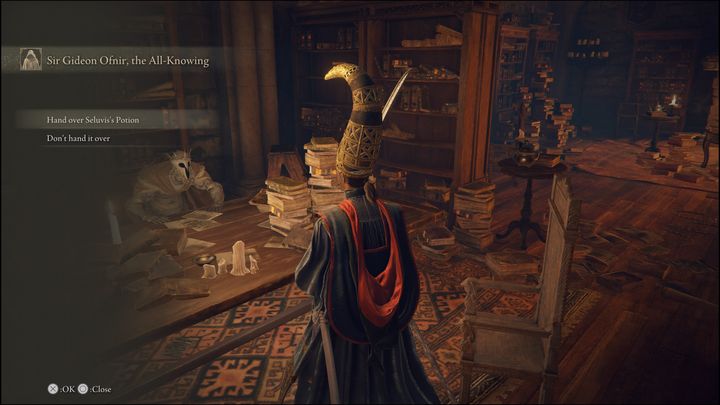 Talk to Ofnir. He will ask whether you want to give him the potion from Seluvis. Giving him the potion doesn't affect the course of Seluvis' quest, as he will think you gave it to Nephelia.

However, if you want to give it to Nepheli Loux, you can't give the potion away. Each further interactions with Nepheli will make 3 dots appear on the screen. 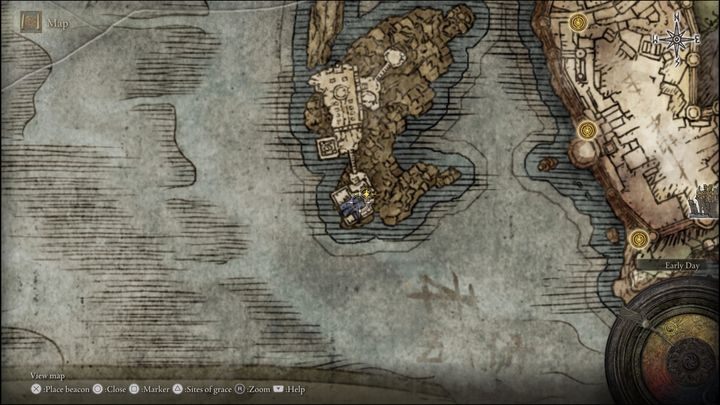 If you want to finish Nephelia's quest, choose the option to give the potion to Ofnir. Your new objective is to get the royal hawk ashes, which are found in the tutorial location. 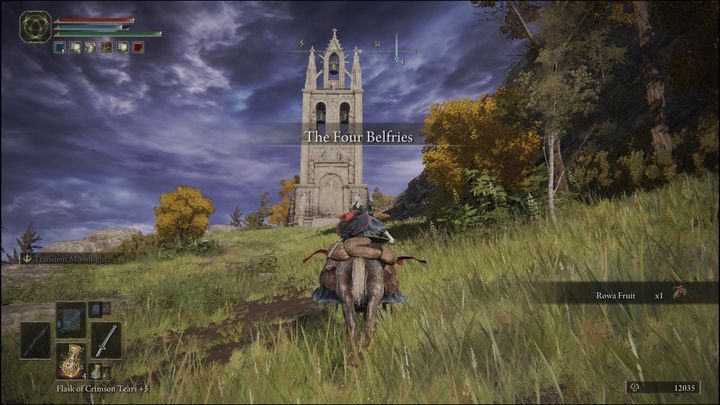 To get there, you need to go through The Four Belfries in Liurnia of the Lakes . On the upper floor, in the chest, there is a key that will open the portal leading to the starting location. 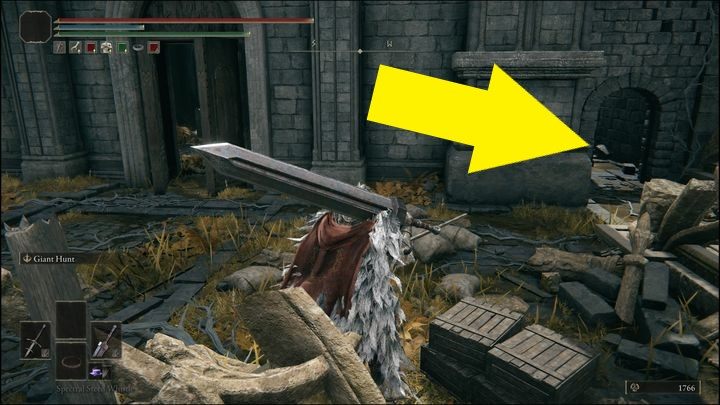 Once you use the portal, go to the beginning (if you haven't already, you'll have to defeat Grafted Scion ). Once the area is clear, travel to the room shown in the screenshot. 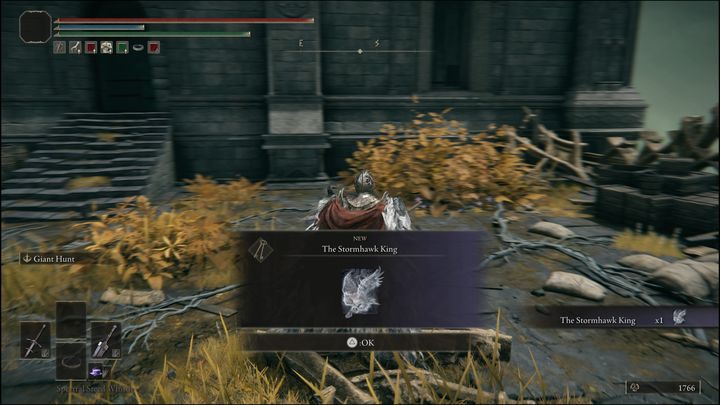 Pick up the item found in the room shown in the photo. You can also explore the interior of the building for additional Ashes, this time with the ability to use them. 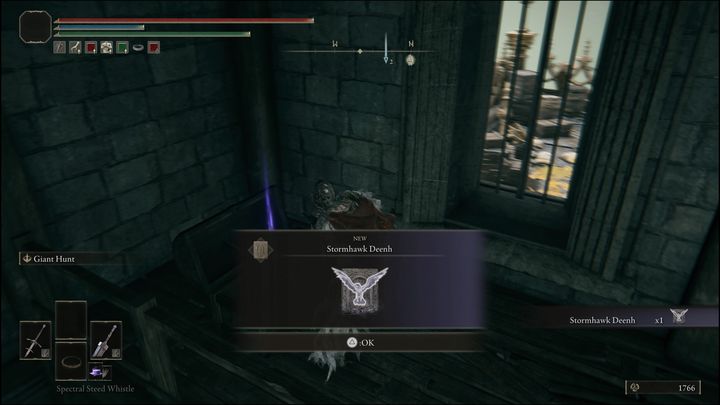 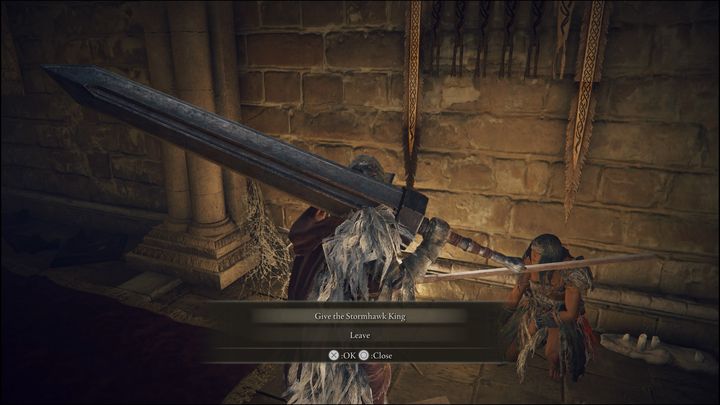 Go back to Nephela Loux, who is still in Roundtable Hold . Talk to her, then give her the ashes.

The rest of the quest involves Kenneth Haight and Gostoc. You have to complete Kenneth's task, which involves clearing Fort Haight of enemies.

Once that is done, talk to Ofnir so that Nepheli can get back on her feet. All characters (except Ofnir) will appear in the throne room of Stormveil Castle . The throne is found at Godrick, the Grafted site of grace. You also have to defeat Morgott to be able to continue with Nepheli's quest.

For completing the Nepheli Loux questline, you will receive, among others, Arsenal Talisman , Stormhawk Deenh Ashes and Ancient Dragon Smithing Stone. In addition, the smithing stone can also be purchased once from Gostock for 20,000 runes.