This page of our Elden Ring guide is dedicated to the Jar Bairn questline. You can find him Lirunia of the Lakes region, in Jarburg to be exact. Our guide will help you in finding the starting location of the quest, completing the individual objectives, and reaping rewards for the completion of the questline. 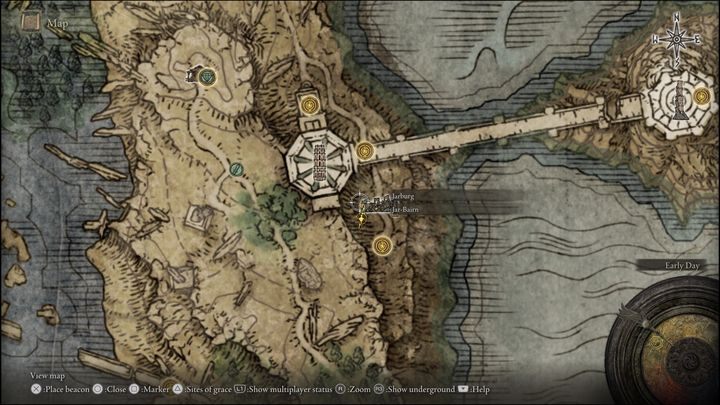 Jarburg is located in the southeastern part of Liurnia of the Lakes, near Carian Study Hall .

Under no circumstances hit any jarburg inhabitant! If that happens, you may not be able to begin/complete Jar Bairn's questline.

To be able to start the quest, you must first meet Alexander (an NPC) who is also a jar. 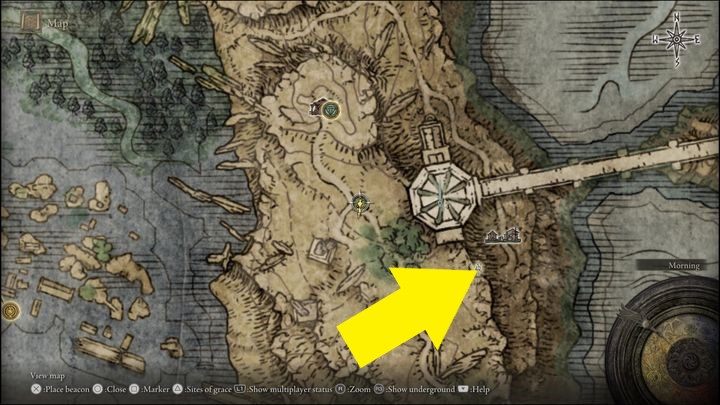 To get access to Jarburg, travel to the area marked in the screenshot.

There you'll encounter several platforms over a chasm - you can jump from platform to platform using your mount. 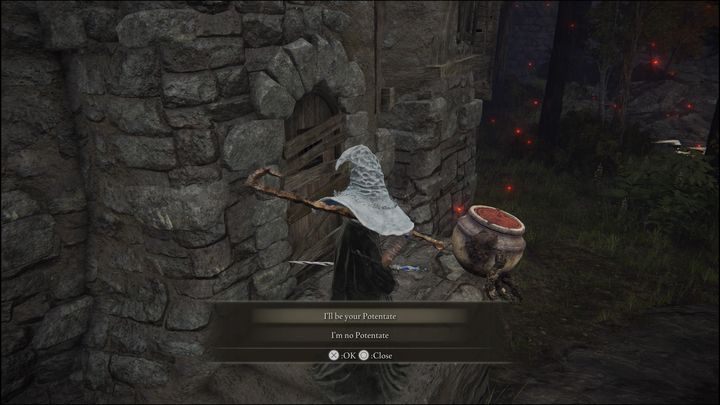 Jar Bairn is next to one of the houses on the left side of the site of grace - to be exact, he is sitting on the stairs in front of the entrance to the building. Talk to him, then promise him that you will become a Potentate . 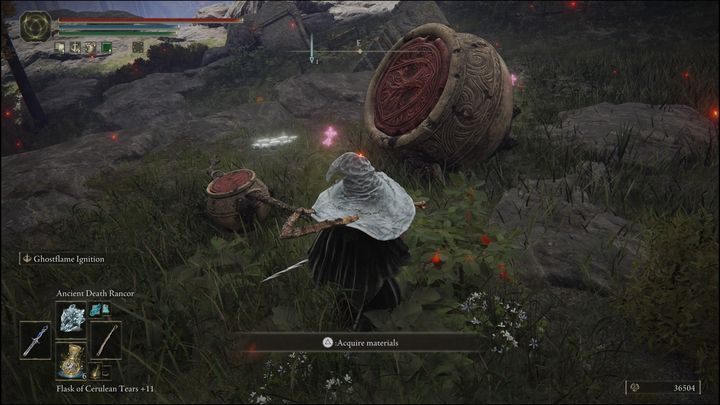 Exhaust all dialogue options. When that is done, reset the location by resting at a site of grace and talk to Jar Bairn again. Repeat this step until he tells you about the impending danger, namely poachers. 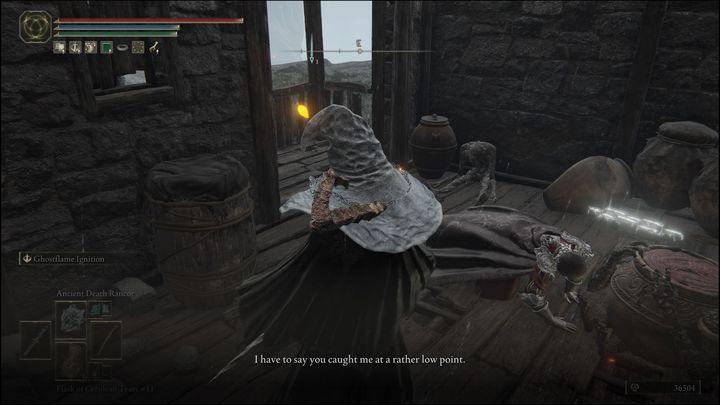 Optionally, if you've completed the Diallos quest , or have defeated Rykard, Lord of Blasphemy , after reloading the location after talking with Jar Bairn, you can go deeper into Jarburg. In one of the houses you will notice a kneeling Diallos. Talk to him.

For Diallos to appear in Jarburg, you may need to restart the location several times. 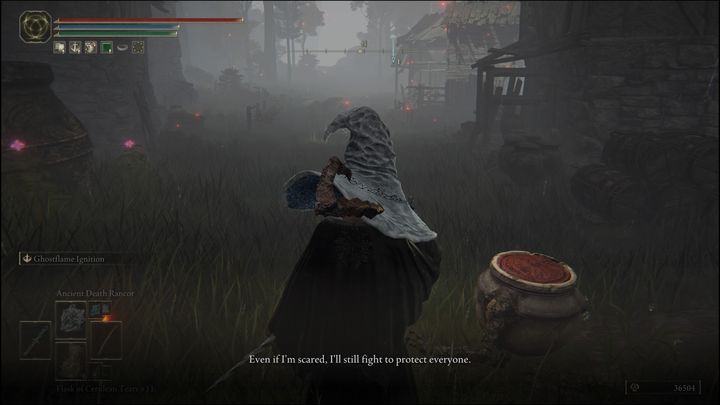 The quest will not start until you reach Mountaintops of the Giants region. When you unlock the first site of grace found there, go back to Jarburg . 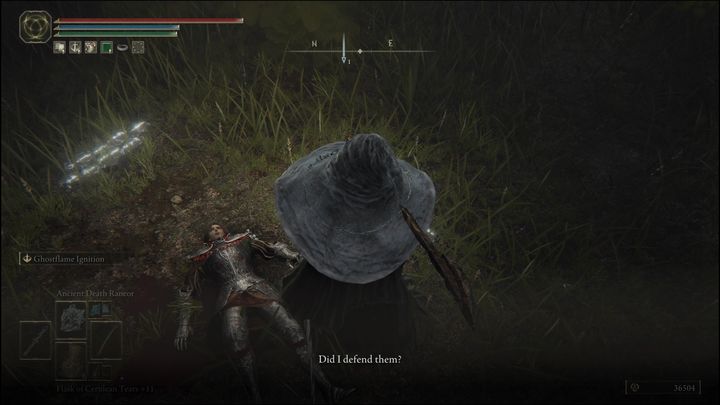 You'll encounter a fatally wounded Diallos in the middle of the village, and numerous damaged jars. Approach Diallos and talk to him. After a short conversation, he will ask you if he managed to protect Jarburg and its inhabitants. This choice does not affect the outcome of the quest. 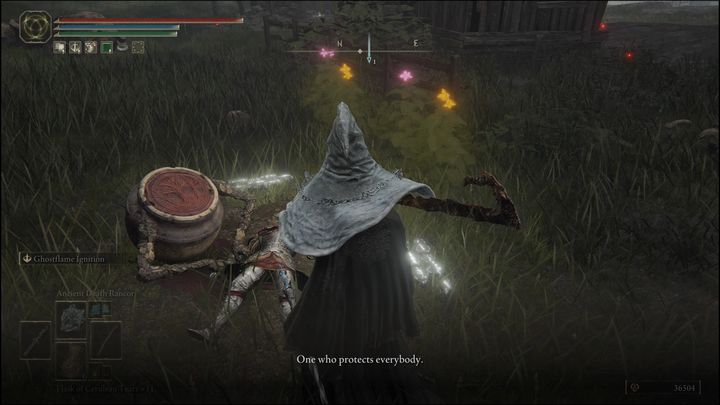 Rest again at the site of grace. Go back to Diallos' corpse and talk to Jar Bairn. 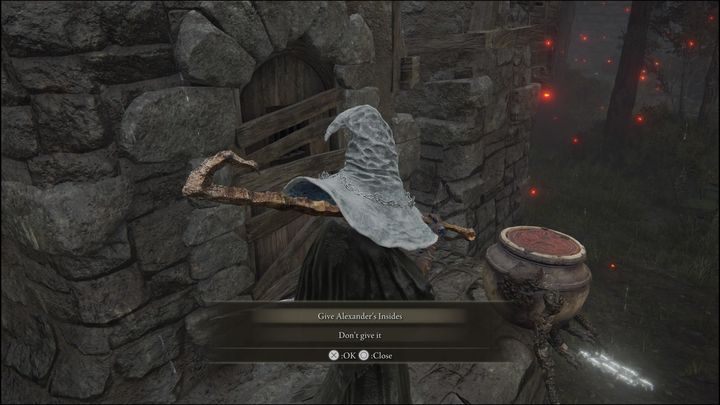 When you reset the location again, talk to the Joy on the stairs by the building on the left. If you are in possession of Alexander's Innards , you can give them to a small jar to complete his quest.

Alexander's Innards are a reward for completing Alexander's questline in Crumbling Farum Azula.

Completing Jar Bairn quest line is rewarded with a Companion Jar, a new talisman that increases the power of thrown jars. 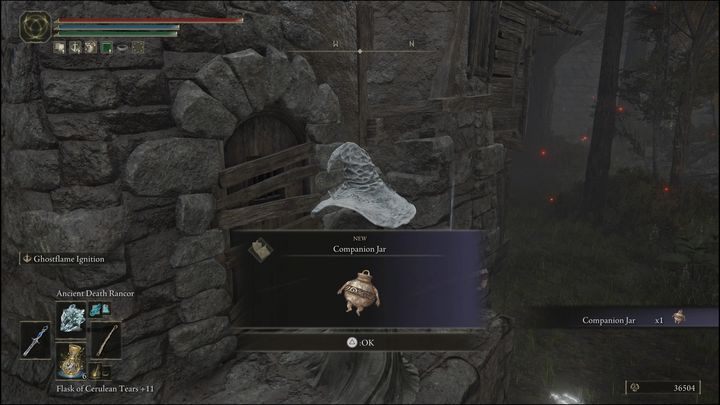 Additional rewards can be found in the center of the village, where Diallos was encountered. 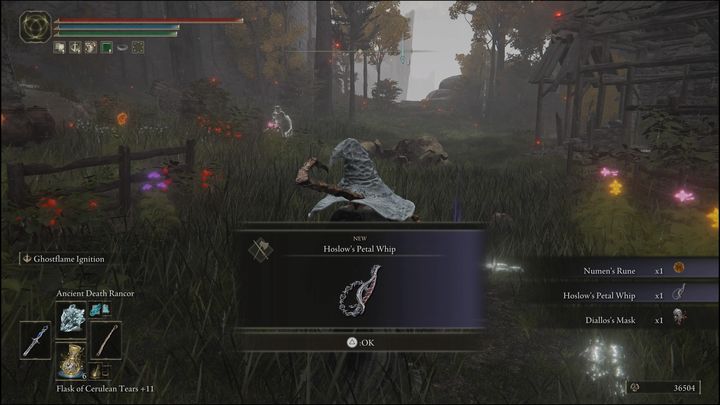 These include a weapon, Hoslow's Petal Whip and Diallos's Mask .