This page of the Elden Ring game guide explains where to find the NPC known as Gurranq, Beast Clergyman. You will also learn how to complete his quest chain and what rewards await you for completing it. 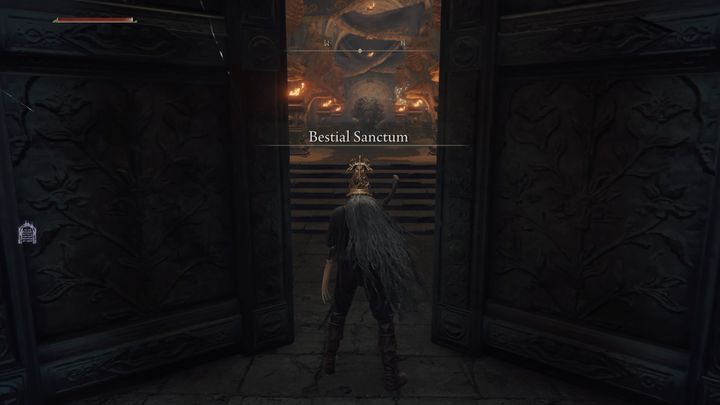 Gurranq, Beast Clergyman is in the Caelid region, more specifically in Greyoll's Dragonbarrow, in the Bestial Sanctum. The Black Blade Kindred stands watch at the sanctum's entrance. Instead of battling him, you can simply walk past him. Then open the door and go inside. Gurranq will be standing right in front of you.

You won't find Gurranq to be especially talkative at first. He won't say a word until you have obtained one of the Deathroot key items. 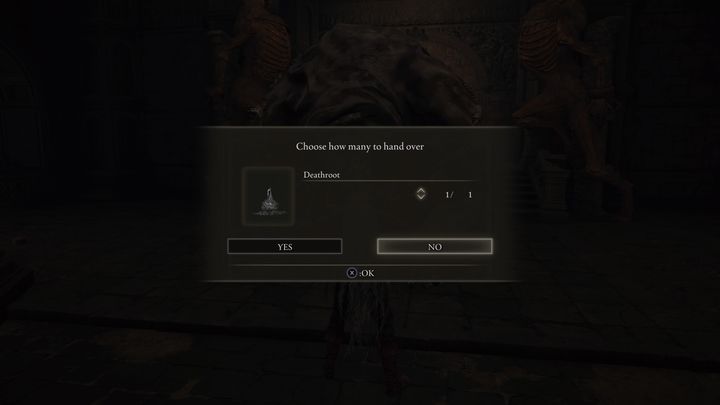 Once you get one, Gurranq will ask you to feed it to him. Each time you feed the beast, he will reward you with an item, weapon, or incantation, depending on how many deathroots you give him. 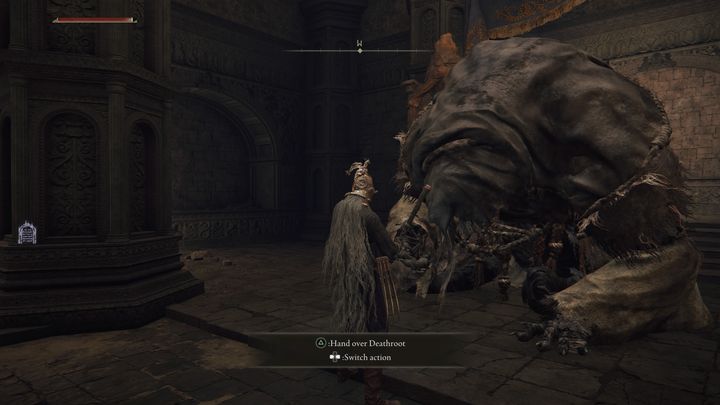 There's a total of 9 deathroots in the game. They can be obtained by defeating specific bosses. You'll get the Beast Eye after you feed Gurranq the first deathroot, which makes things easier. 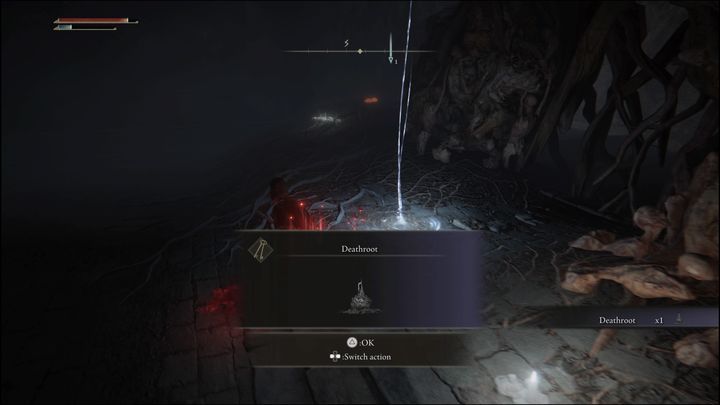 Whenever you approach a dungeon or a boss and you get notified that "The Beast Eye quivers", you'll know you'll obtain a deathroot for beating the nearby boss. They are usually obtained by beating certain opponents or discovering specific chests: 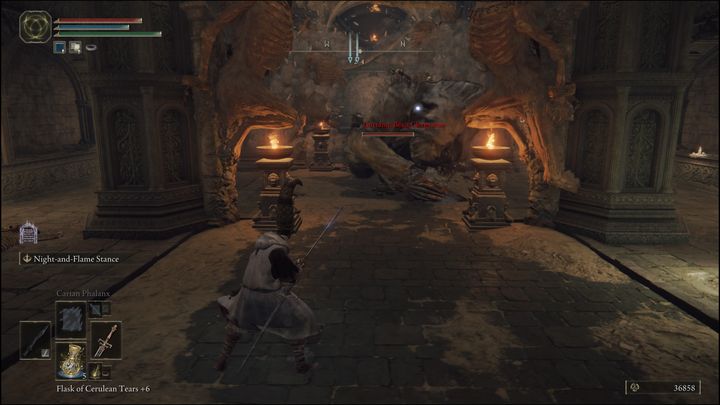 After feeding four deathroots to the Beast, the next time you encounter Gurranq, he will attack you as soon as you arrive at the Bestial Sanctum. You don't have to kill him, however. You just need to attack him a few times until he calms down. You'll be able to talk to him normally the next time you see him and continue to get your rewards.

Each time you give him a deathroot, you will receive another reward. The reward differs depending on how many times you've fed him:

The Clawmark Seal is the first reward you'll receive, and it lets you use the incantation while also slightly increasing the strength of bestial incantations and the Beast Eye. 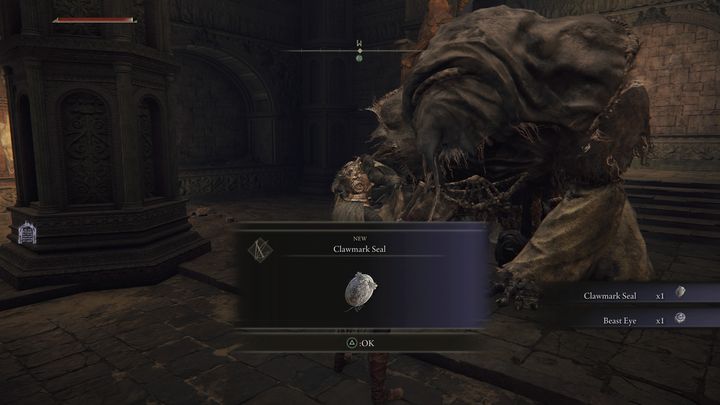 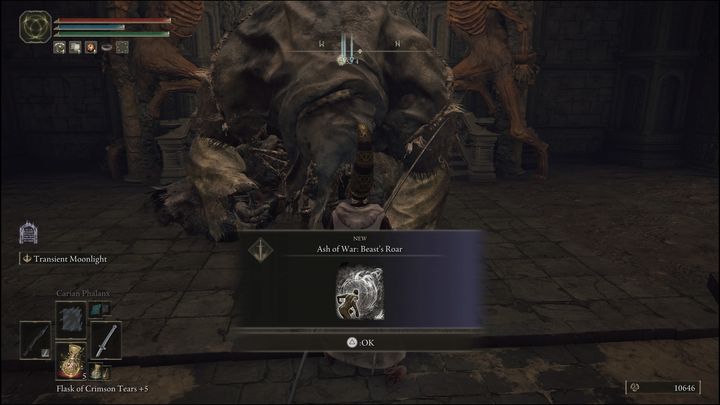 The fourth time, you'll get Ash of War: Beast's Roar. 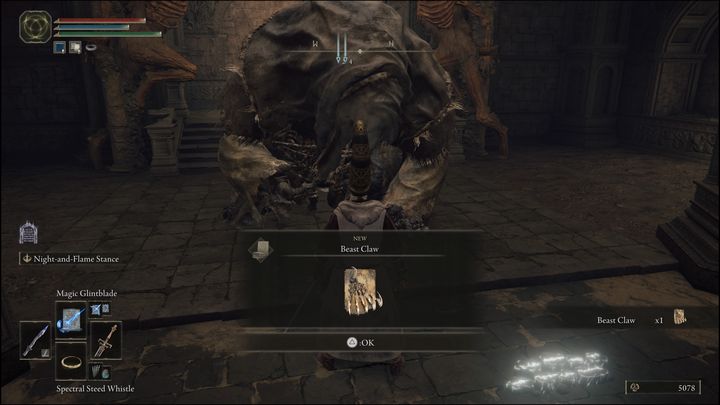 Once you have soothed Gurranq and re-entered the location, after feeding him the fifth Deathroot, you will receive another beast incantation, namely the Beast Claw. 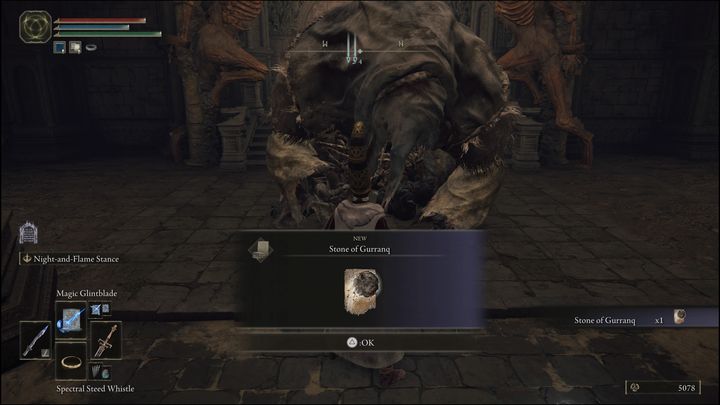 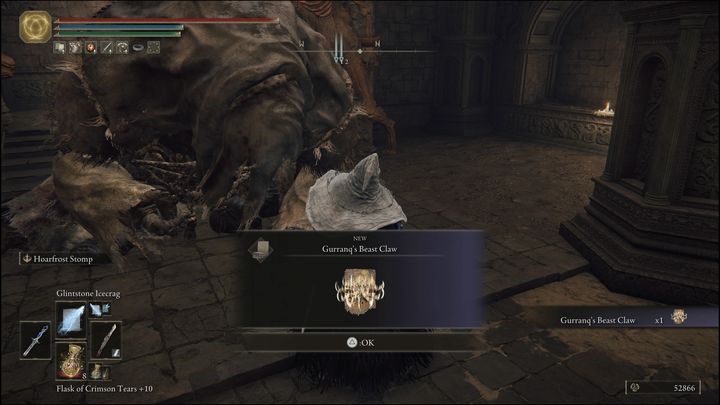 You will earn another beast incantation for offering the second-to-last Deathroot, specifically Gurranq's Beast Claw. 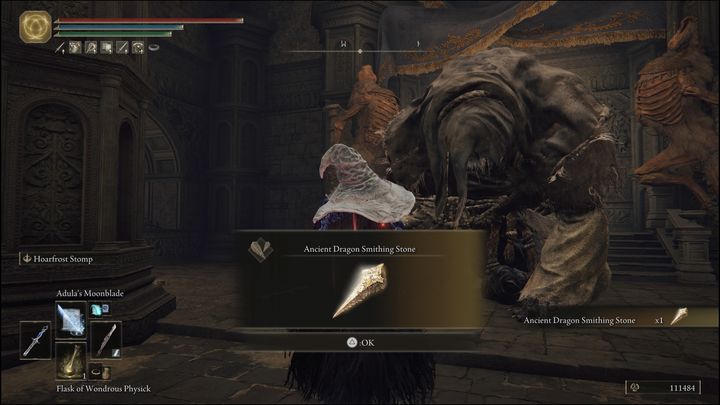 The final Deathroot you can give Gurranq will be exchanged for the Ancient Dragon Smithing Stone, which is used to upgrade weapons to level 25.

Once the Beast is sated, Gurranq will leave the Sanctum and you will have completed his quest.