This page of the guide to Elden Ring explains where you can meet Sorceress Sellen. You will learn how to complete a series of tasks related to her and what rewards you will receive for completing the quest.

Sorceress Sellen is in the eastern part of Limgrave. You can meet her in the Waypoint Ruins right after defeating the Mad Pumpkin Head boss. She is in the next room, right next to the treasure chest 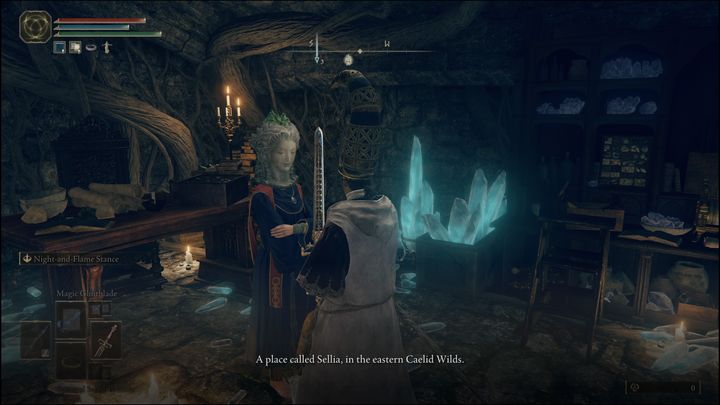 After meeting Sellen, you will unlock access to magic services in the form of spells that you can buy with runes. You can offer magic scrolls to Sorceress Sellen, which will expand her offer with new spells. Here you can see her full range of available spells:

Sorceress Sellen will introduce herself first, and then she will offer you to learn under her supervision. If you accept the proposal, you will start a series of tasks related to it. Now, you have to meet Primeval Sorcerer Azur. You will find him later in the game near the Hermit Village, located south of the Volcano Manor. You will get to this location by walking around the volcano. 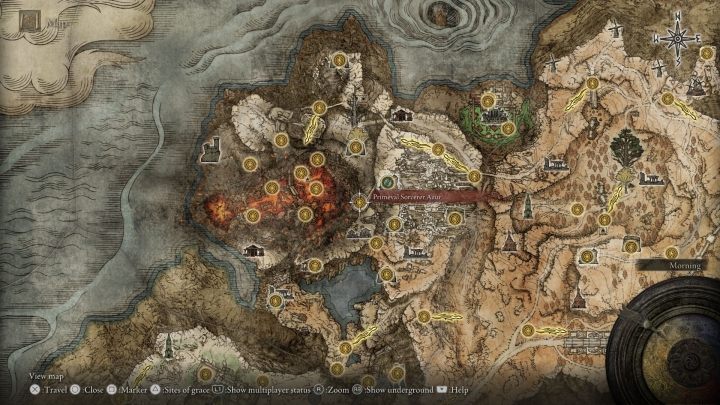 After meeting Azur, you must return to Sorceress Sellen. You will then be given a new task to find Master Lusat. Sellen will give you a special seal breaking item. It's required to get to the Master Lusat's location. 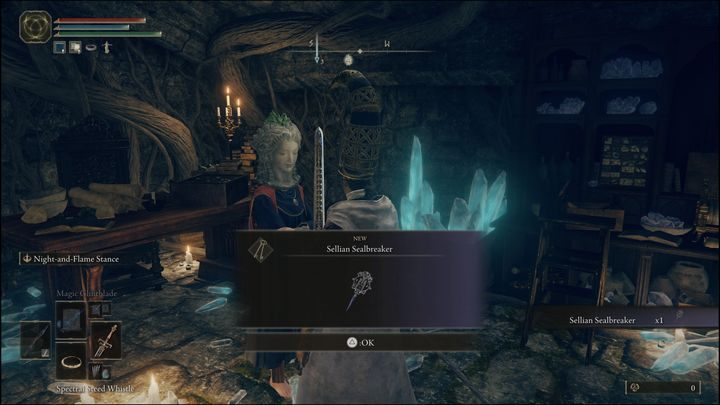 The sorcerer is in a hidden cave called the Sellia Hideaway. The fastest way to get to this location is from the Fort Faroth site of grace. Head south towards the big white stone and jump down, then head to the graveyard near the Church of the Plague. The entrance to the cave is behind the illusory wall just behind the largest of the tombstones. You have to hit it for the illusion to vanish and reveal the passage. 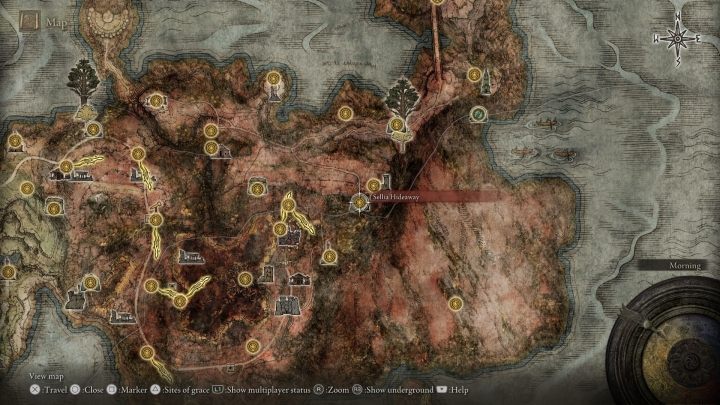 There is another hidden wall in the cave. Hit it and pass through. Keep going until you reach the passage down by the second cave. There you will come across a magic seal, which you will break with the item obtained from Sellen - you just need to interact with it. 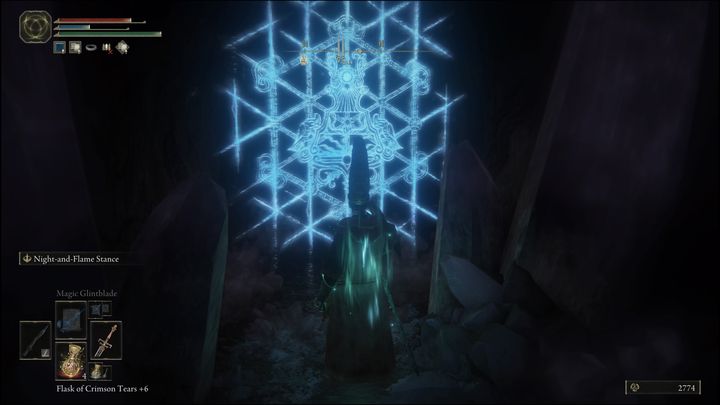 After talking with Master Lusat, the next stage of the quest will unlock when you defeat the Starscourge Radahn boss. Then you can return to Sorceress Sellen. She will reveal that she is an illusion, and her real body is on the Weeping Peninsula, or more precisely in the Witchbane Ruins to the west - slightly south of the Fourth Church of Marika site of grace. 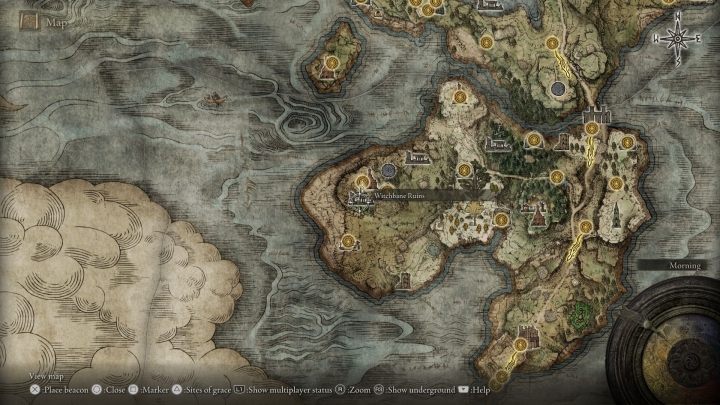 Sellen of the Witchbane Ruins will give you Sellen's Primal Glintstone and ask you to find a new body for her. Now you must head towards the northern regions of Liurnia of the Lakes, where three towers are located - Ranni's Rise, Renna's Rise and Seluvis's Rise. 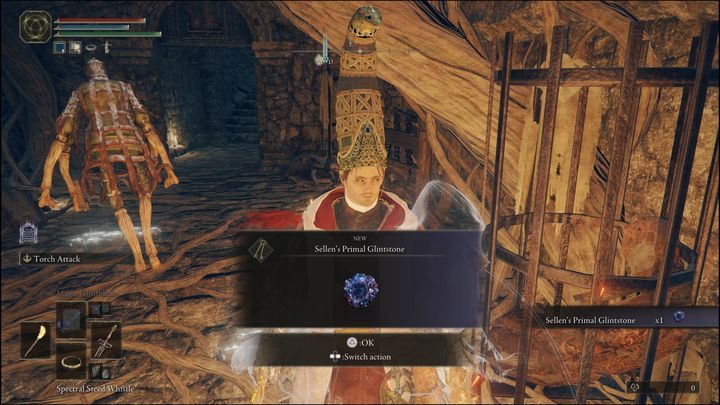 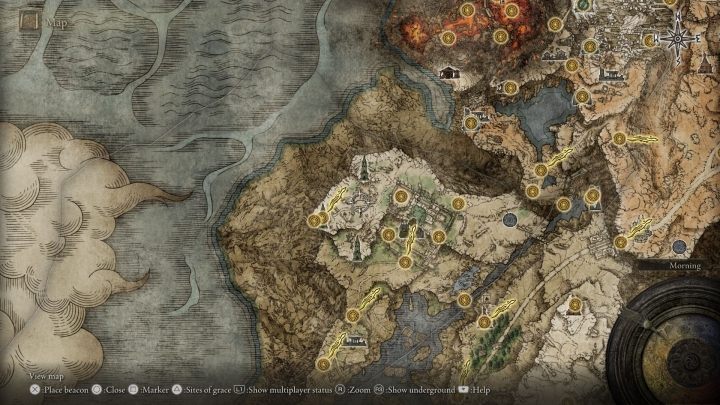 The ruins with stairs under the floor are between Ranni's Rise and Renna's Rise. You have to roll or hit the stairs with your weapon to reveal the passage. 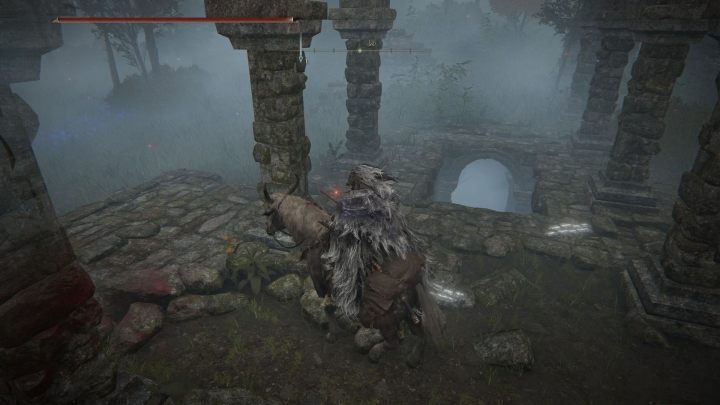 Inside you will find a basement with another hidden wall. It covers a room with a body where you have to place Sellen's Primal Glintstone. 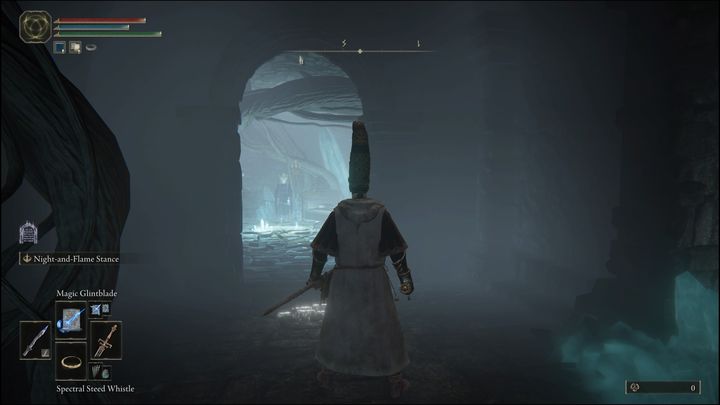 Now you need to return to the Witchbane Ruins. Go back to where Sellen's real body was. You should meet Witch-Hunter Jerren there. Talk to him until you hear all he has to say. If for some reason Jerren did not appear, then you must go to Redane Castle in Caelid and talk to him there. 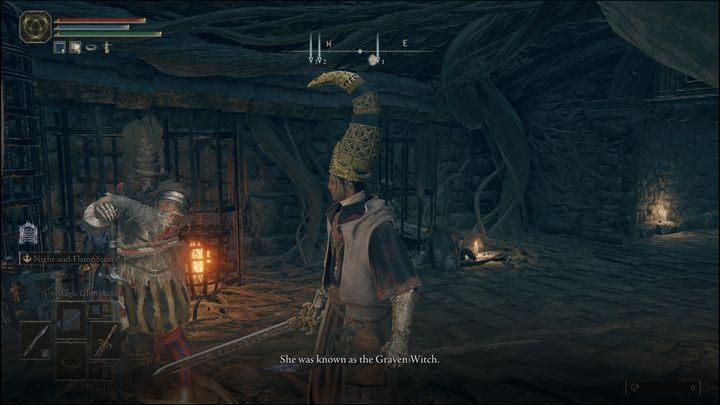 It's time for the final part of the mission. You can now go to the site of grace called Raya Lucaria Grand Library. This is where you fought the boss Rennala, Queen of the Full Moon. Exit the hall through the main entrance. There will be two summoning marks on the ground - Sorceresses Sellen's and Jerren's. You can decide whose side you want to take and with whom you will fight. 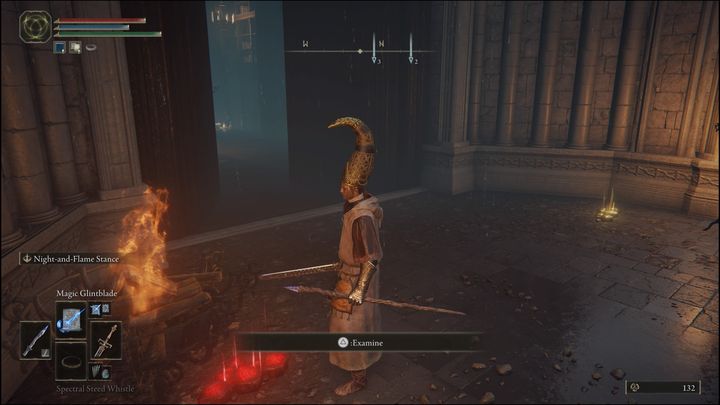 If you remain loyal to Sorceress Sellen, you will be transferred to the location to defeat Jerren. After winning the fight, you will receive the Eccentric Armor set that Jerren wore. Additionally, Sellen will give you the Glintstone Kris, and her offer will expand with the Shard Spiral spell. 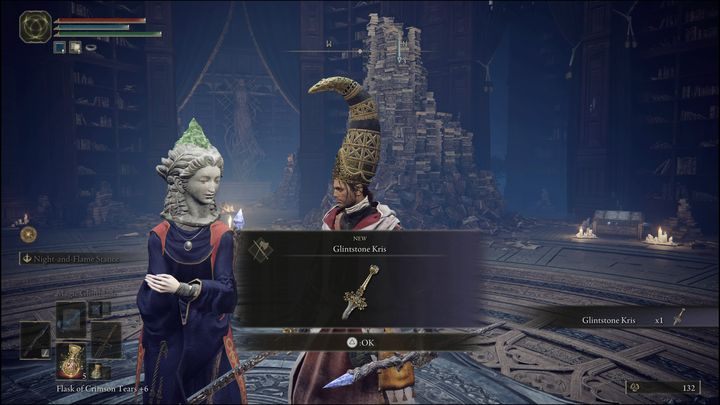 If you rest at the site of grace and return to the Raya Luccaria Grand Library, you will see that Sorceress Sellen has transformed. Now there is a helmet next to her - the Witch's Glintstone Crown, which you can pick up. 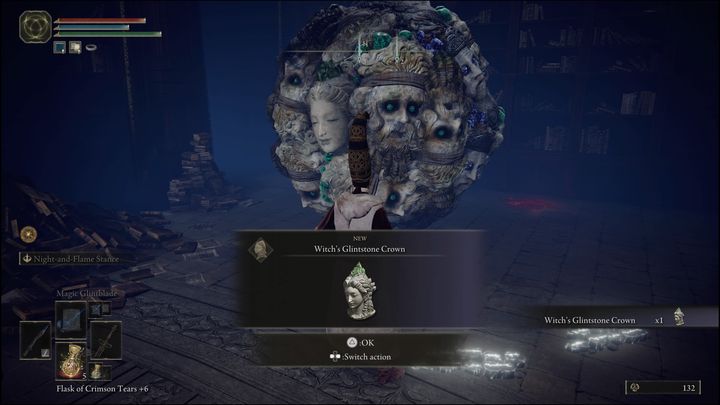 You can now go to the location where the Primeval Sorcerer Azur was to pick up his Glintstone Armor set. The same goes for Master Lusat, who also left his armor in the Sellia Hideaway. 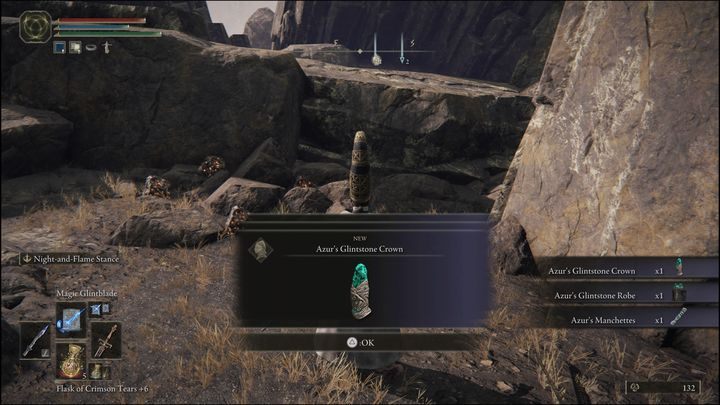 If you decide to fight Sellen and side with Jerren, then after defeating the sorceress, you will receive the Witch's Glintstone Crown and Sellen's Bell Bearing. You can give the bell to the Twin Maiden Husks at the Roundtable Hold. Thanks to it, you will still be able to buy spells offered by Sorceress Sellen. After winning the fight, Jerren will give you the Somber Ancient Dragon Smithing Stone. This is a blacksmith item required to upgrade special weapons to their highest level.