On this page of the Elden Ring guide, you will learn how to defeat Deathbird found in different parts of the world. We also explain how to defeat their variant, the Death Rite Bird. The first version is on the Stormhill. The second can be found on the Weeping Peninsula. Another one is on the Altus Plateau. The last, fourth, appears on the outskirts of Leyndell, Royal Capital.

In the case of the Death Rite Bird, versions of these bosses will appear in Caelid, Liurnia of the Lakes, Mountaintops of the Giants, and Consecrated Snowfield.

This is an optional boss that can only be found at night.

Death Rite Bird in Liurnia of the Lakes: 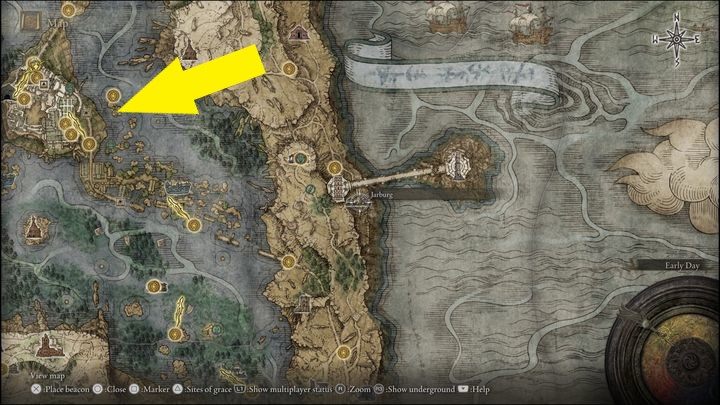 You will encounter a variant of the boss for the first time in Liurnia of the Lakes, more precisely next to the Gate Town North site of grace. 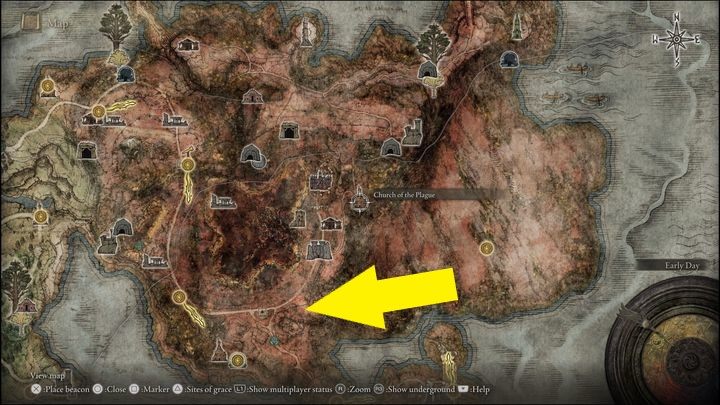 The second version of the boss is in Caelid, more precisely near the South Aeonia Swamp Bank site of grace.

Death Rite Bird on the Mountaintops of the Giants: 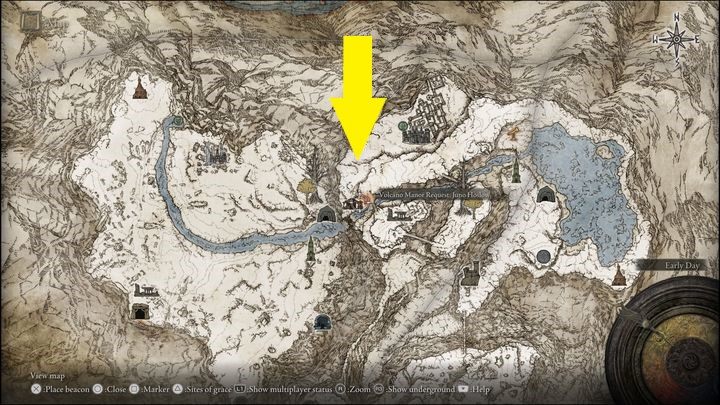 The third version of the boss is located on the Mountaintops of the Giants , to the west of Castle Sol. 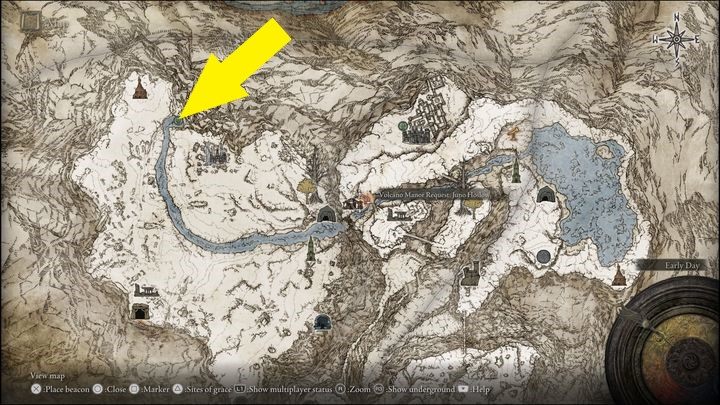 The fourth and last version of the boss is in the Consecrated Snowfield, by the frozen lake. 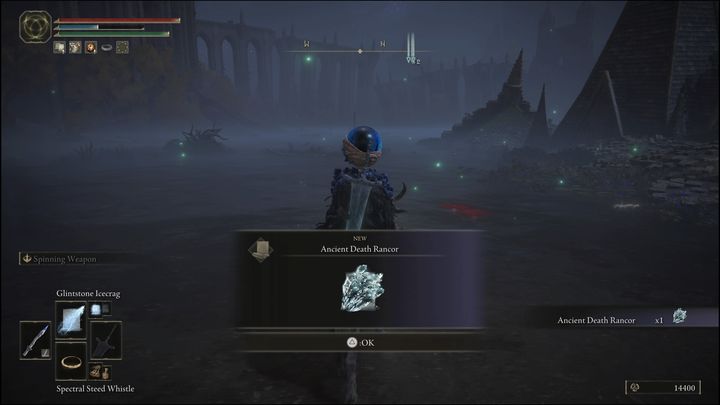 For defeating the first version of the Death Rite Bird, located in Liurnia of the Lakes, you will receive the Ancient Death Rancor sorcery and 7800 Runes. 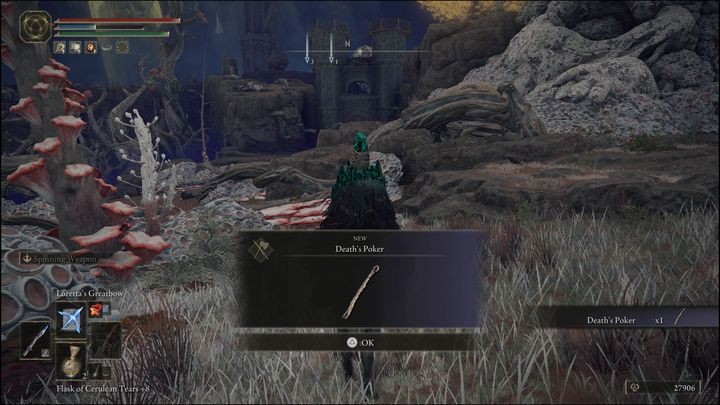 For defeating the second version of the boss, located in Caelid, you will receive the Death's Poker weapon and 15,000 Runes. 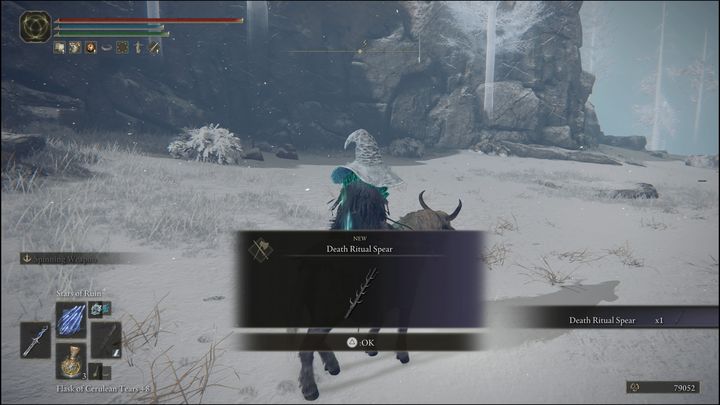 For defeating the third version of the boss, located in Mountaintops of the Giants, you will receive the, Death Ritual Spear weapon and 77,000 Runes. 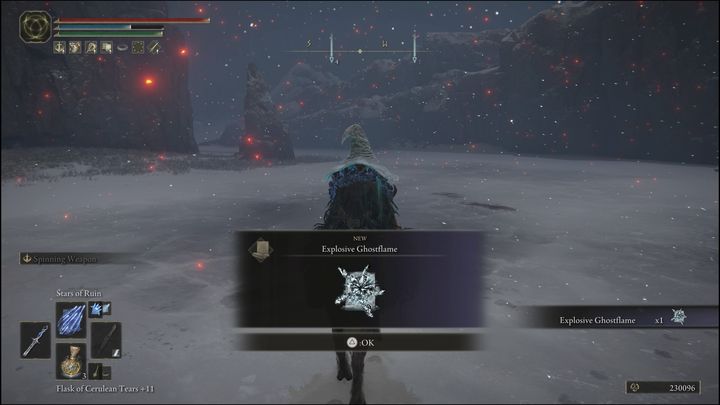 The final version of the boss, located in the Consecrated Snowfield, will reward you with the Explosive Ghostflame sorcery.

The fight will begin when you come to the ruins near the Warmaster's Shack at night. Before you start the fight for good, head to a nearby clearing. You will have much more room for maneuver there and thus, you won't have to worry about falling off a cliff. However, watch out for enemy groups and wild animals that may join the fight and disturb you a little. 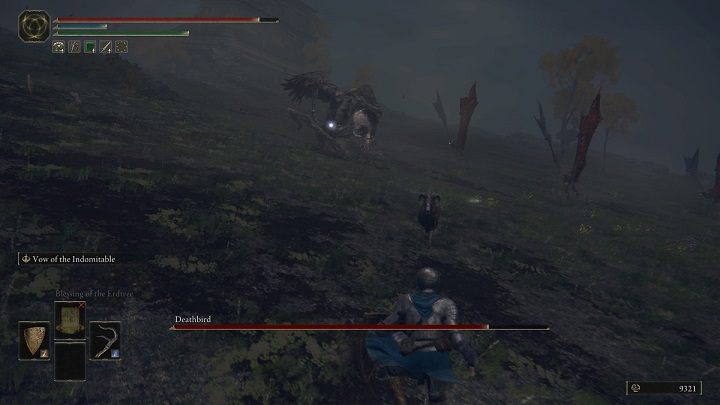 The enemy attacks mostly with his weapon, and you can defend many of these attacks with a shield - though dodging makes more sense. Especially that the end of the boss's combo is a powerful AoE hit on the ground.

Watch out when the Deathbird attacks straight ahead. It's a two-part attacks, even though it doesn't look like one. After pushing forward, the enemy will stick the weapon into the ground. He'll then yank it out, causing an AoE explosion. If you manage to defend or dodge the first blow, be ready for the next one, if you are near the enemy's weapon. 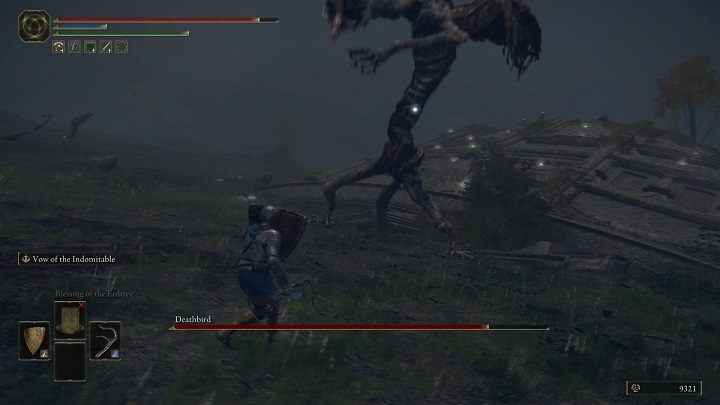 Try to stay lower than the Deathbird for most of the fight. This will make dodging a bit easier. In close combat, it is best to keep your opponent as close as possible, so that you are behind his back as often as possible. 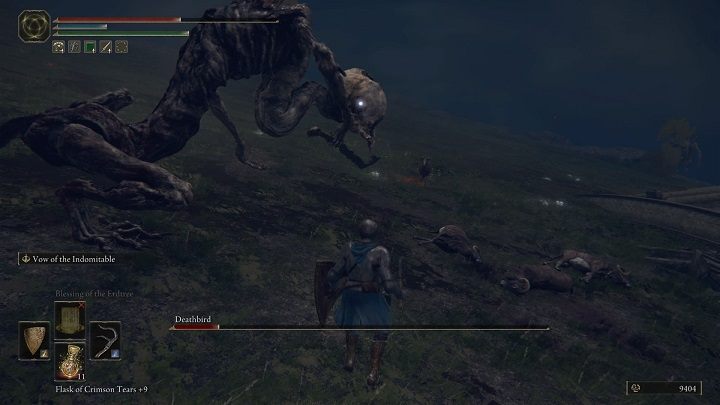 Rarely (although it happens), the boss will scream loudly, spitting out blight . Exposing yourself to this too often can fill up your Death Blight bar, which will kill you instantly, no matter how many HP you have. That's why it is worth having Rejuvenating Boluses on hand.

If you need to heal yourself, you can move far away from the boss. You'll manage to drink the healing potion before he catches up to you.