This page of the Elden Ring game guide contains advice on how to defeat the Black knife assassin located in the northern region of Limgrave, namely the Deathtouched Catacombs. You will learn how to fight the boss and which attacks you need to watch out for. This is an optional boss - you don't need to defeat him to complete the game.

The easiest way to get to the boss is to leave the Warmaster's Shack and head north into a small forest, then turn east along the destroyed bridge. The Deathtouched Catacombs are located near the place that requires you to jump down. You will find the boss room at the end of this optional dungeon. 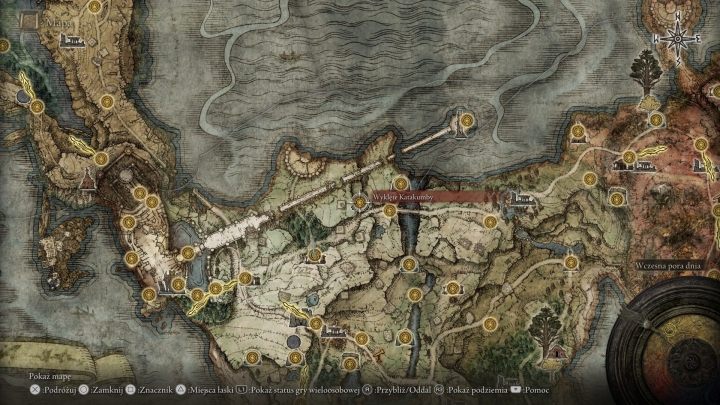 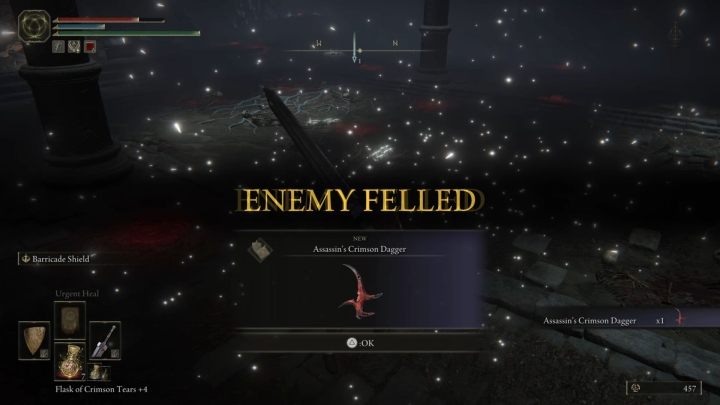 For defeating the Black knife assassin, you will receive 1,600 runes and Assassin's Crimson Dagger.

The Black knife assassin is a very agile opponent. After attacking, he will immediately jump back to avoid your attack. Therefore, you shouldn't rely too much on defending with the shield. It's better to focus on dodging and rolling. You will have more time to hit the enemy when he misses. 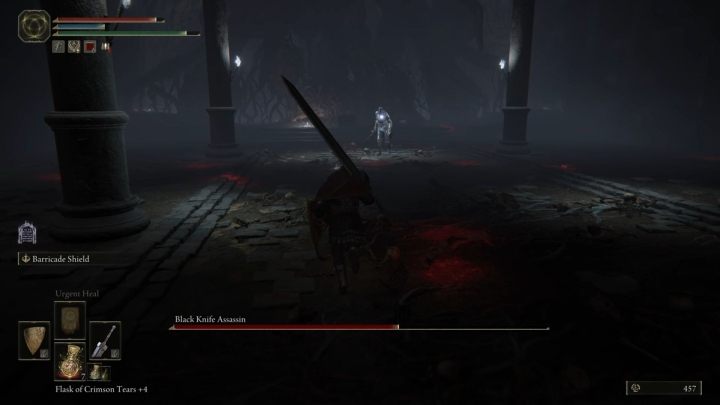 Black knife assassin attacks with a dagger. He doesn't have many attacks. In addition to single swings, he can also perform a quick stab. After avoiding it, you have the best chance to hit the boss. Don't attack blindly, because the opponent uses dodges very often. Perform a rolling attack to make the enemy miss and be hit by you. 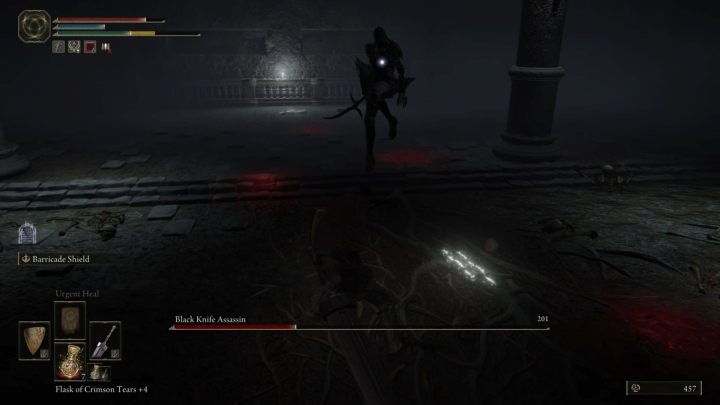 Using the Lone Wolf Ashes make the fight much easier. The summoned wolves will distract the boss and let you go on the offensive. It is very easy to make the Black knife assassin lose his posture, i.e. lead to a situation where he kneels and is exposed to a critical attack. Simply hit him a few times quickly. 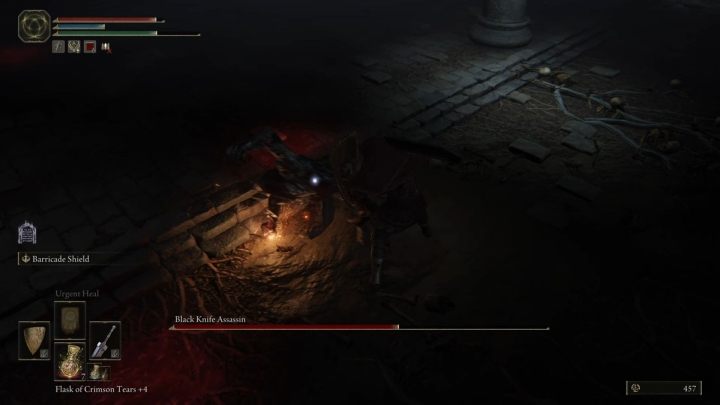 Be as agile as the opponent. The enemy has a very low defense, so if you manage to hit him, you will lower his health very quickly. The whole fight shouldn't last too long.