The following page of the guide to Elden Ring describes all the character classes available in the game. It covers their characteristics, statistics and strengths.

The starting class is your character's origin. This choice determines the initial statistics of your character and the equipment with which you start your adventure in Elden Ring. Choosing the class significantly affects the first hours of the game.

However, the differences between classes will begin to blur over time and become less important as you progress. There is no wrong choice, so feel free to choose the class that best suits your style of play.

This is a class of tough and well-armored knights. Vagabonds banished from their country are good at melee combat. However, you must remember that by choosing this class, you will have to take off your helmet or halberd. Otherwise, you will exceed 70% of the carrying capacity and you won't be able to dodge and roll over. 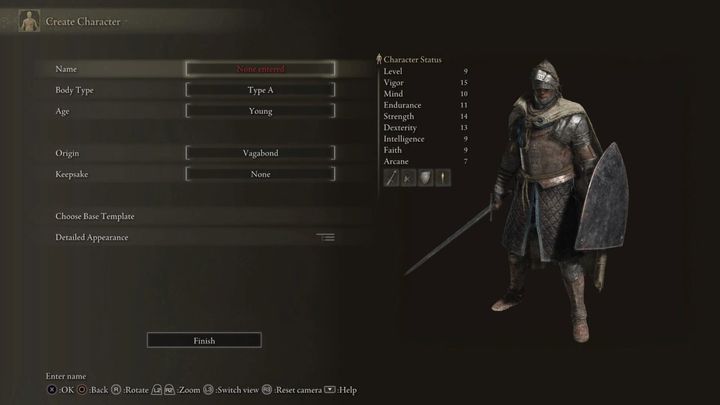 Vagabond by default cannot use magic, but if you invest in Faith and Intelligence, you will open access to the basic spells that heal and enchant weapons. This is a class for people who want a durable character with a lot of health and who's able to wield heavy weapons.

Armed with twin blades, warriors are a class just right for people who prefer fighting with lighter melee weapons. Warriors have the highest Dexterity, which makes them perfect for fighting with daggers, spears, curved blades, and generally weapons that scale with dexterity. 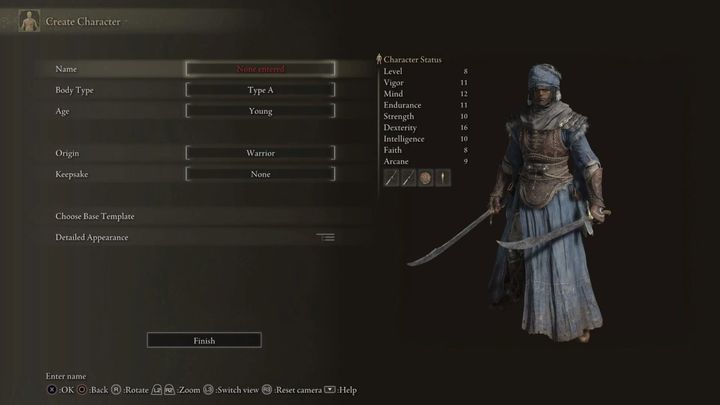 The class starts the game armed with a pair of scimitars. It's a gameplay style for people who value speed over vigor. It will be perfect for people who want to pin the enemy with a barrage of lightning-fast attacks. By investing a few stats in Faith and Intelligence, you'll unlock basic healing spells and simple weapon enchantments.

Astrologers are a great base for spellcasting builds. They are a perfect combination of Intelligence and Arcane. They also start with a high Mind value. They can use magic both aimed at a single enemy, as well as AoE spells that hurt several targets at the same time. 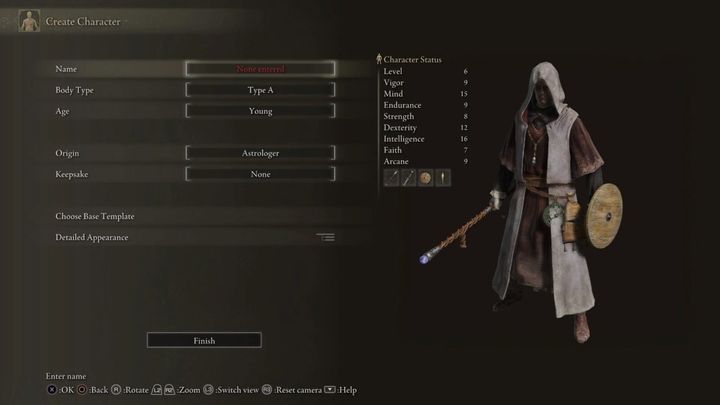 They're not very good with melee weapons, but they are armed with a short sword that they use in crisis situations. This is a class for people who want to defeat their opponents from a distance using various - also destructive - spells.

The Hero is the equivalent of the Warrior class, but focused mainly on strength. He has the highest strength stat of all available classes. He wields a heavy weapon that's effective because of that strength. 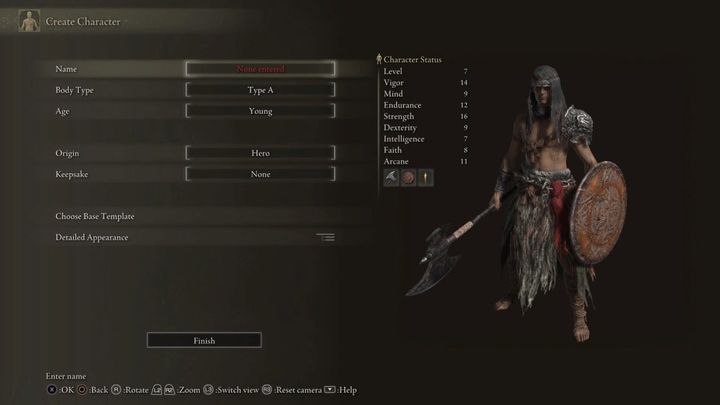 The Hero's Dexterity is below average, which significantly limits the choice of weapons that he can use without investing in this statistic. He also has the lowest magic potential of all classes. This character is for people who want to deal powerful blows with huge weapons.

Bandits are assassins. They specialize in fighting with long-range weapons and stealthy sneaking behind the enemy's back. They rely heavily on critical damage and tend to avoid frontal confrontation whenever possible 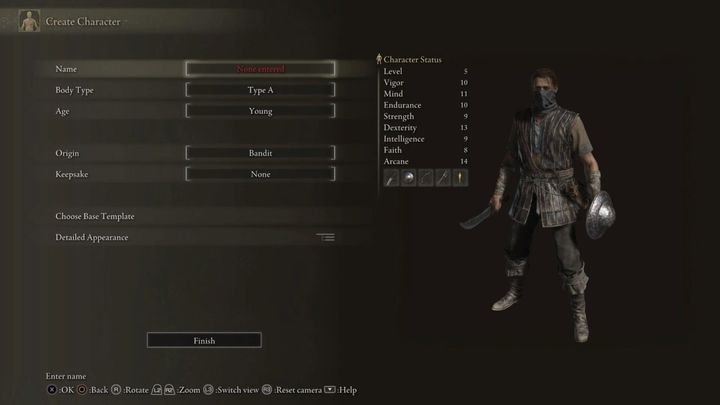 If detected, their fighting style is based on parrying enemy attacks and backstabbing. This is a class primarily for experienced players with very good timing. The Bandit is additionally equipped with a short bow.

The Prophet is the equivalent of the Astrologer, but he puts Faith over Intelligence. He is slightly better trained, so he can use melee weapons to a moderate degree. The Prophet has access to a wide variety of Faith-based spells. 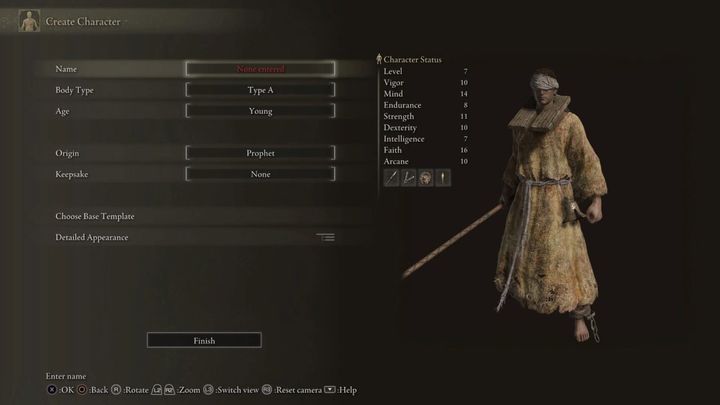 He can attack with fire spells and deal damage from the sacred category. This class can also cast healing spells and situation-based spells, which provide support in specific conditions. This is a character for those looking for a more versatile mage.

Samurai are proud warriors who, like Vagabonds, specialize in melee combat. However, they are more geared towards dexterity and versatility - they rely less on survival and sheer strength. 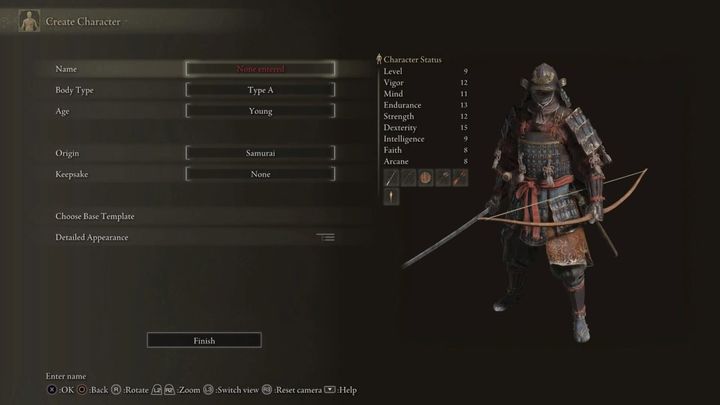 They can use long-range weapons and start with a longbow. They also use their sharp katana by making fast two-handed swings. It is a versatile and skillful class that combines long-range combat with close combat.

Ravaged of their elite social status, Prisoners are a hybrid class. The character combines sword fighting and magic. He can cast spells that improve speed and thus gains additional bonuses by investing in Dexterity. 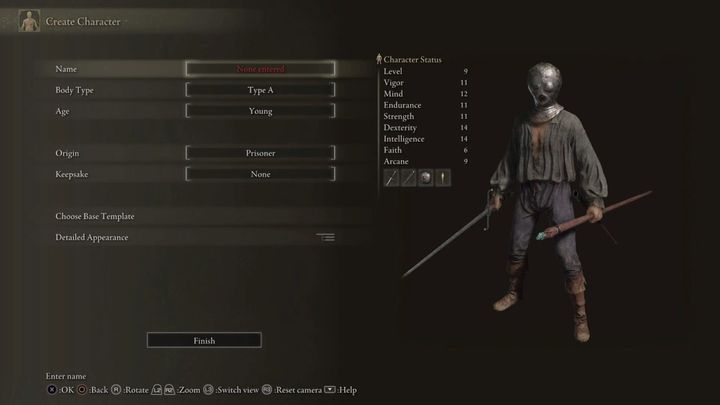 Initially this class is no match for Astrologers or Warriors, but it reveals its potential once the player gains access to better weapons and advanced spells. This is a class for people who want to be skillful in melee combat, but also have access to some of the Astrologers' spells.

Confessor is a defensive class focused on close combat. It has access to renewing spells. It's effective both in offensive and defense through its balanced stats. 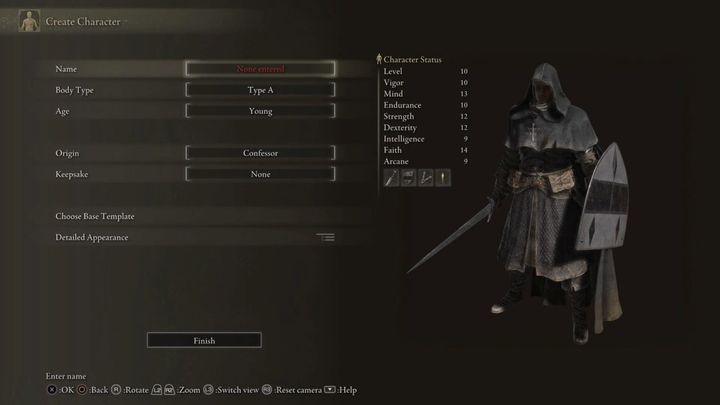 However, it does not stand out in any way and does not have a predetermined specialization. This is a good class for beginners who are looking for a bit more forgiving gameplay style.

The Wretch is basically a clean slate for players already familiar with the game. It offers the greatest freedom in assigning stats and creating your own build. This is a character for people who don't want to rely on a predefined class - an option for more experienced players. 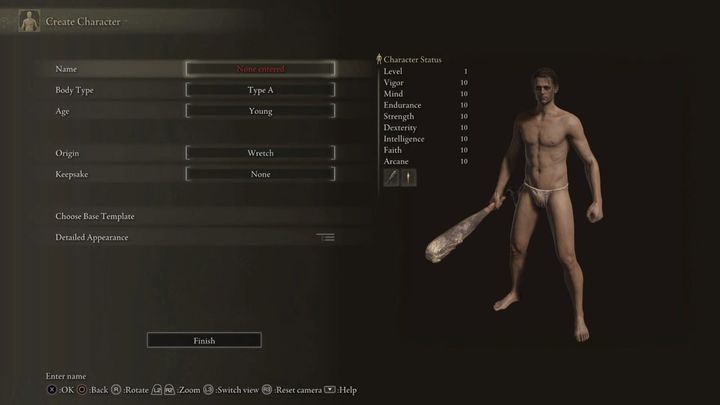 The Wretch starts the game armed only with a club and has no defense. This means that the beginning of the game will be noticeably more difficult, at least until you get your first armor and a more sensible weapon.