This page of the Elden Ring game guide contains advice on how to fight the optional boss, located in the Limgrave region, i.e. Stonedigger Troll. You will learn how to fight the boss and which attacks you need to watch out for.

The Stonedigger Troll is a boss of enormous size that can strike in such a way that your health bar drops to a low level very quickly. You will find the boss for the first time in Limgrave, and more specifically in the Limgrave Tunnels.

This is an optional boss that isn't required to beat the game. 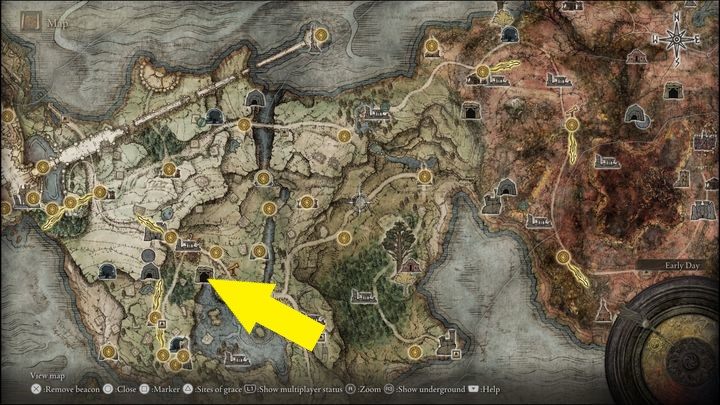 You will meet the boss for the first time in Limgrave, and more specifically in the Limgrave Tunnels.

Stonedigger Troll in the Altus Plateau: 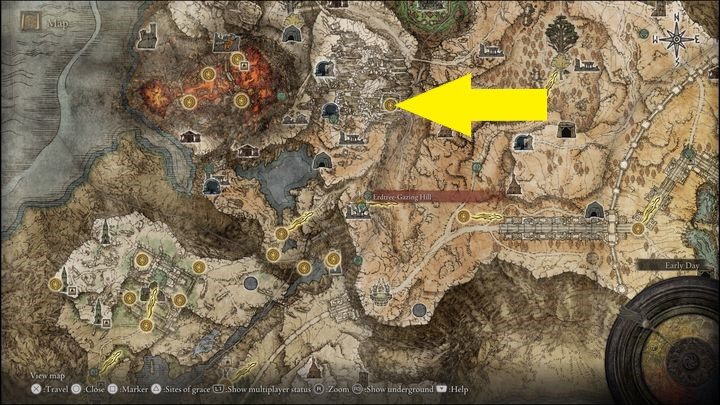 The second version of the boss is located in the Altus Plateau, and more specifically in the Old Altus Tunnel. 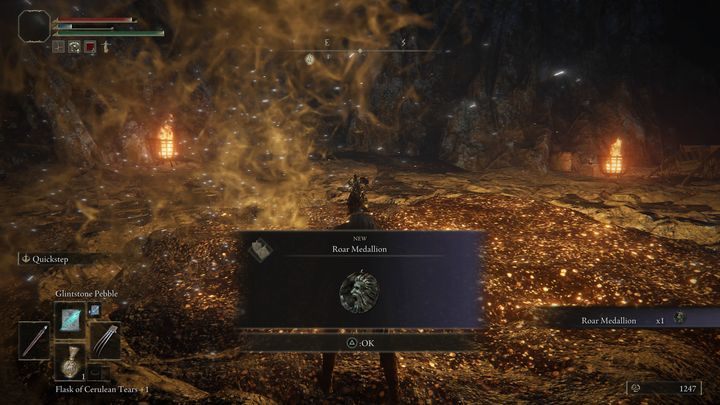 The reward for defeating the Stonedigger Troll will be the Roar Medallion. Equipping it strengthens the skills using roars and battle shouts. In addition, you will also receive 1800 Runes. 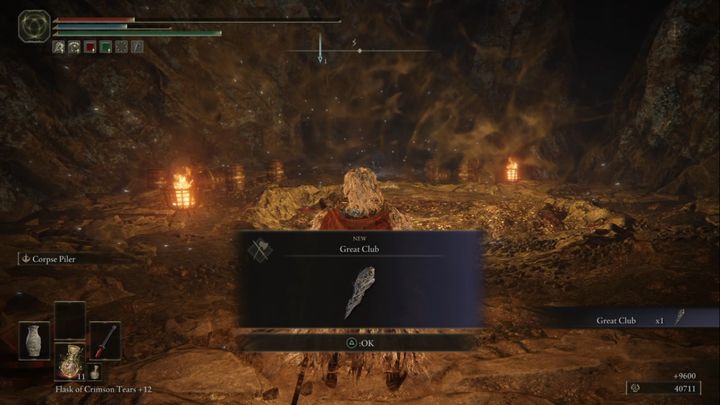 For defeating the second version of the boss, you will receive his weapon, the Great Club, and 9600 Runes.

When fighting the Stonedigger Troll, try to position yourself closest to the wall. His attacks have a long-range, meaning they will often hit the wall. This will cause the boss's attack to deflect from the wall and end his series of attacks. If you're playing as a mage this will be a very easy task, as your tactics involve gaining distance from the Troll and pelting it with spells at range.

You can also use summons in this fight, so it's a good idea to spend some mana and summon a pack of wolves. This will make the boss focus on them instead of you. 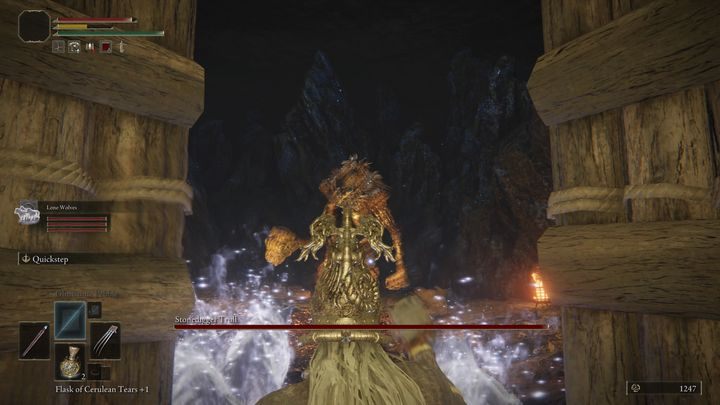 If you're forced to fight in melee it'll be much better to run between his legs and provoke a stomp attack which is easy to dodge. 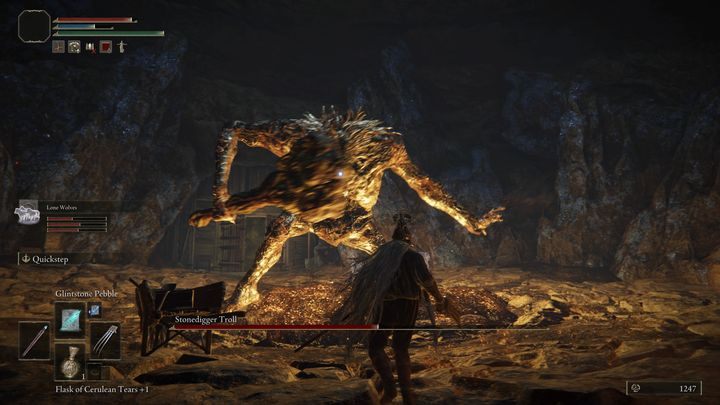 His slowest attacks are usually the most powerful ones, so when you notice that the boss is performing a given hit for a long time, it's best to move as far away from him as possible.

The Stonedigger Troll is a tough opponent that requires composure and caution in close combat. This huge boss performs powerful attacks with its weapon. You can avoid them by rolling, but remember not to do that too early. The boss takes a moment to attack, so wait patiently until he actually swings the weapon. 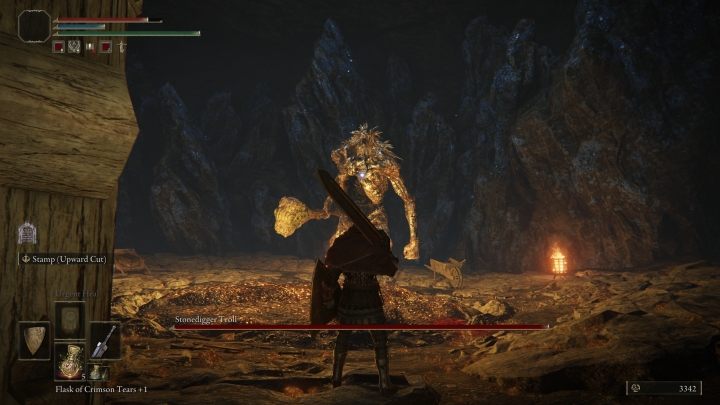 A good tactic is to get right below the enemy. Then the Troll will miss you with his weapon. However, the boss will try to crush you - watch out for his attack where he hits the ground. However, they are easier to avoid than regular attacks. Don't go overboard with the offensive, or you will be crushed and stunned.

Stay close to the boss's legs and attack with single strikes while observing the enemy's behavior. When the boss raises his leg, quickly dodge in the opposite direction or run away by sprinting. Do not lock the camera on the enemy, because it will make it difficult for you to see and avoid attacks. 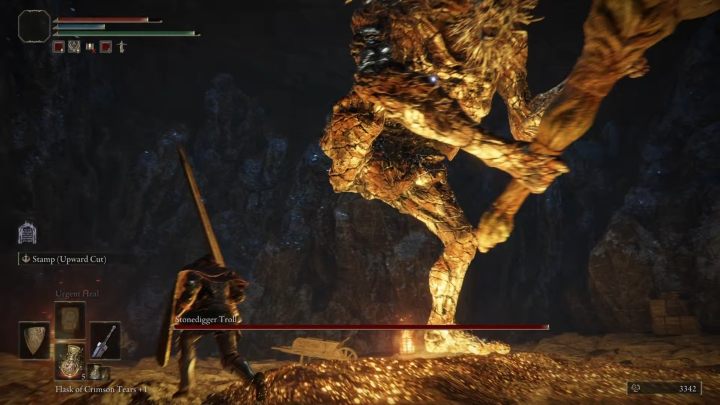 Try to stick to your opponent's back and hit his legs from behind. Use single attacks and watch if the boss is going to hit the ground. If you deal enough damage, the Troll will fall to the ground. Then you have the opportunity to land a series of attacks until your stamina is exhausted.

When the boss's health drops below half, he will start attacking with a powerful charge and hitting the ground furiously. Don't stand in front of the boss. The opponent will move forward and then fall on his stomach. When you see the enemy moving forward, it's best to go behind him. This gives you the perfect opportunity to focus on attacking with a series of strikes. 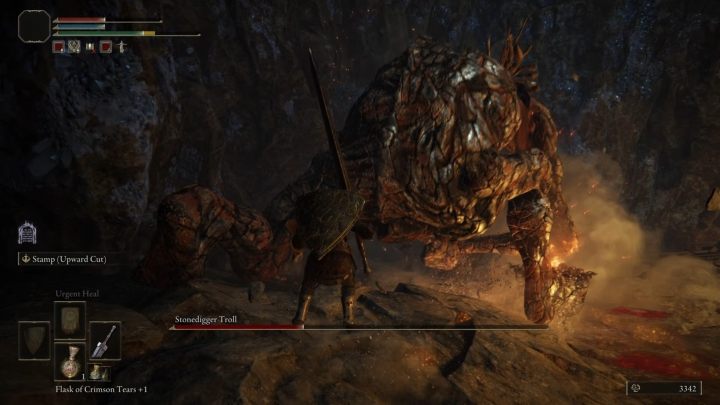 Killing the boss may take some time due to his high health pool. Repeat the tactic until he is dead. You can also make the fight easier by using wolves ashes. They will distract the Troll and allow you to easily get behind the boss's back, where you are safe from most attacks.