On this page of the guide you will find information about character attributes in Dungeons & Dragons Dark Alliance. You will learn how they affect the gameplay and your hero's development.

In D&D Dark Alliance there are 6 different attributes that affect the character's stats and combat abilities. When a character advances to a higher level, you will receive one attribute point. Another way to gain a skill point is to find a shrine on the map. Every attribute in Dungeons & Dragons Dark Alliance can be developed up to the 20. level (not including equipment bonuses). 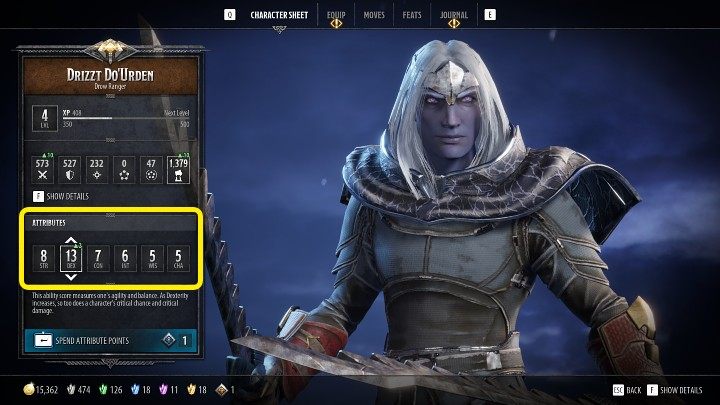