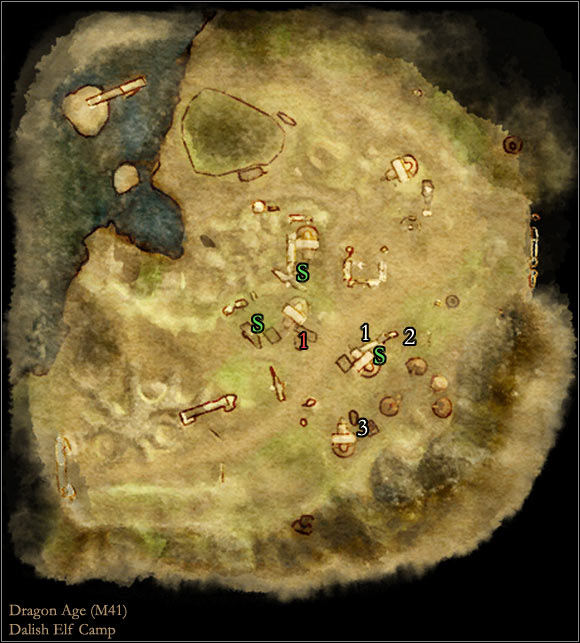 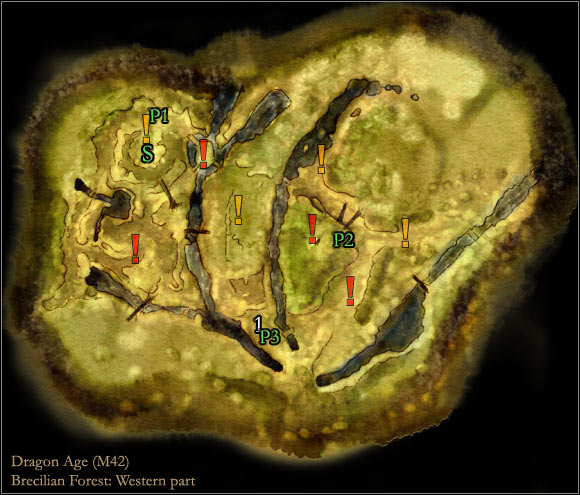 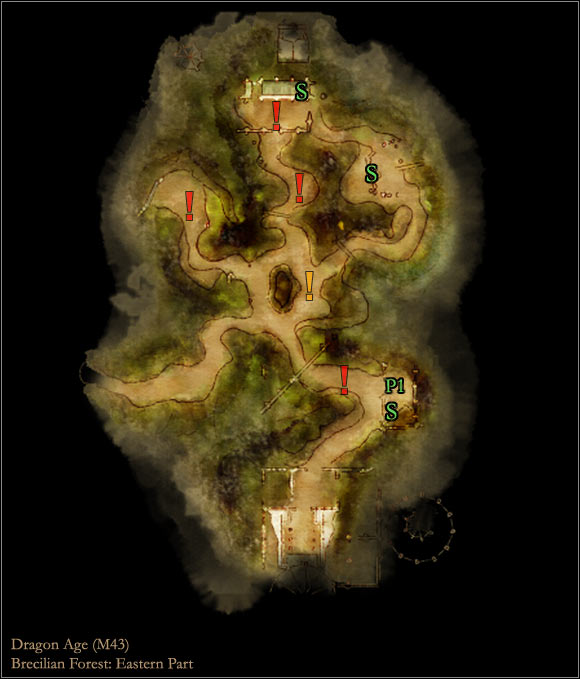 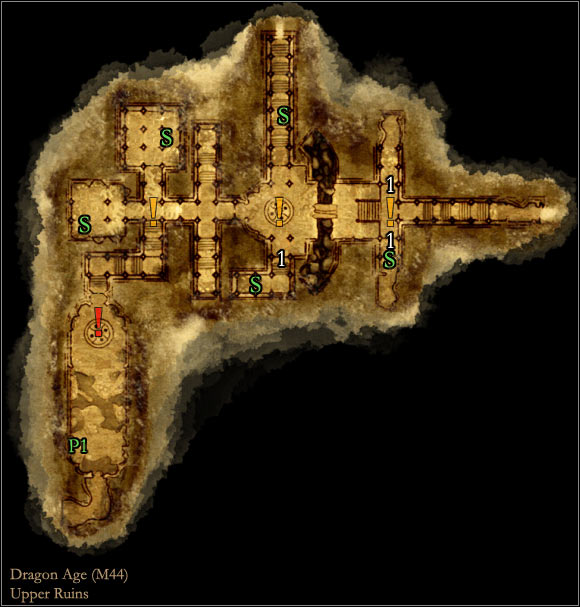 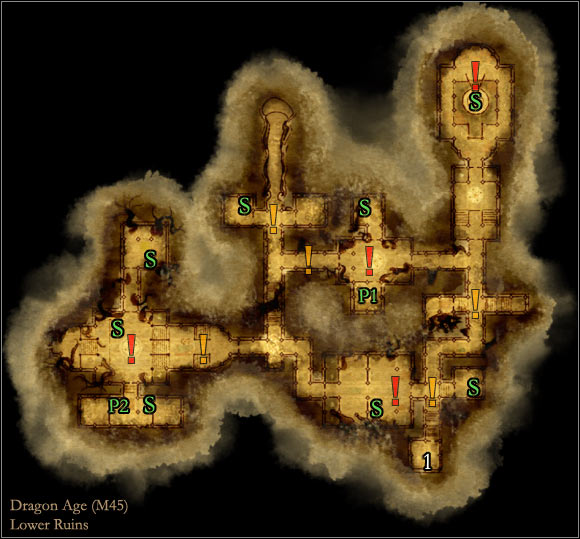 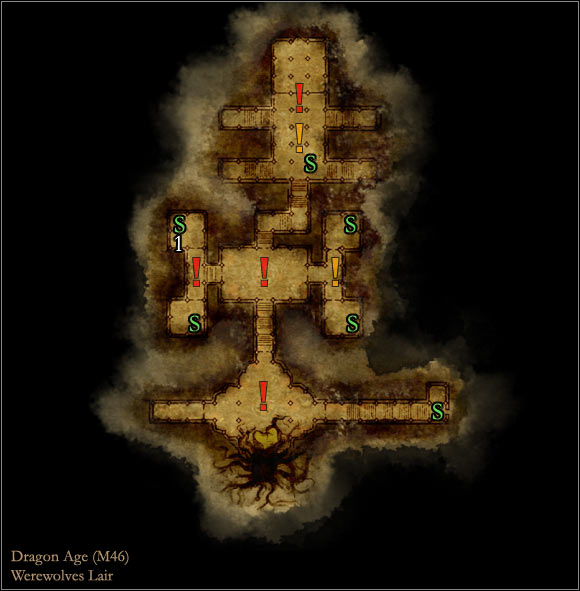 - Lanaya can be found in [Brecilian forest - Dalish elf camp] (M41, 1) and you can talk to her about the history of the race of elves and you can answer to some of her questions about how is it to live in different parts of Ferelden.

- You can agree to join Sarel and other elves by the campfire found in [Brecilian forest - Dalish elf camp] (M41, 2) and then take a part in telling a story about the important facts from the past. Finish the conversation by asking Sarel a couple of questions about the forest. 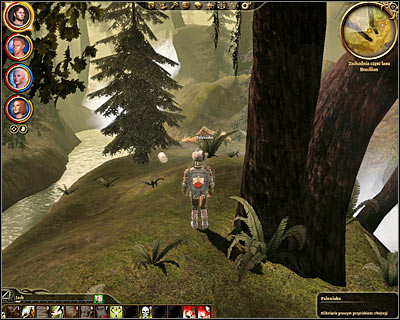 - After you've successfully secured most of the areas in [Brecilian forest - Western path] you can decide to check a small road located behind the Grand Oak and eventually you would come across a small campfire (M42, 1). Check the tent upon your arrival and you'll soon notice that some kind of a spell prevents your team from leaving this area. In order to escape this trap the character with the highest willpower in your team will have to defeat a Greater shade. Make sure to use tons of medical supplies during the battle, especially if a mage was chosen to take part in this fight.

- During your future trips you'll have to acknowledge the fact that new monsters will continue appearing in certain areas of the forest. Watch out for larger groups found to the north of Hermit's tent (bandits) and to the west of the Grand Oak (hurlocks, genlocks and even an alpha ogre). A large group of elves will also stop you soon after successfully completing Nature of the beast quest and in this case the course of the conversation will depend on which ending you've decided to choose (killing the elves, killing the werewolves or curing the werewolves). Thankfully if you don't want to fight you'll have a chance to lie, use intimidation or persuasion. Don't worry, because even if everything else fails killing the elves won't be a big problem.

- After you've completed Wounded in the forest quest and assuming that you've saved an elf from certain death you can return to [Brecilian forest - Dalish elf camp]. The elf you've rescued is named Deygan and you can find him in the middle in the camp (M41, 3). He'll want to reward you with a sapphire and you can accept his gift or refuse politely.

- Three hidden doors can be found in different areas of [Brecilian forest - Upper ruins] (M44, 1). In order to uncover each door you must approach it and click on it. Aside from having to defeat new skeletons you'll find treasures in most of the secret corridors.

- Varathorn [Brecilian forest - Dalish elf camp] (M41, 1) - it would be wise to mention free goods promised to you by Zathrian during your initial conversation with Varathorn