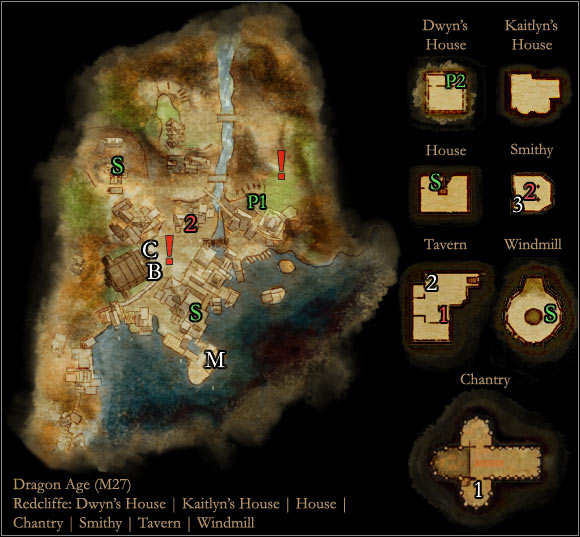 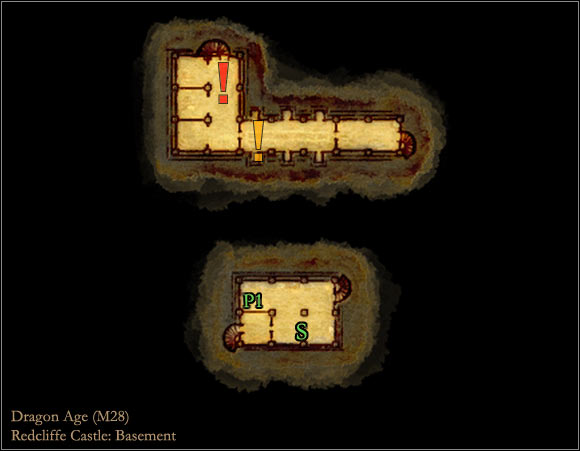 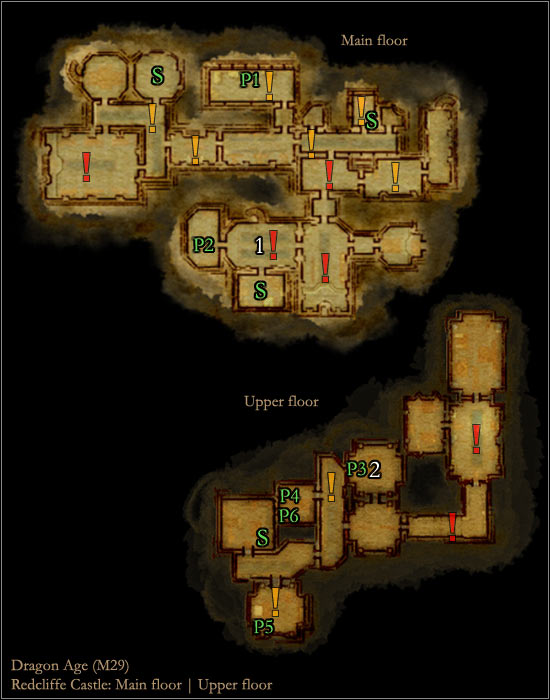 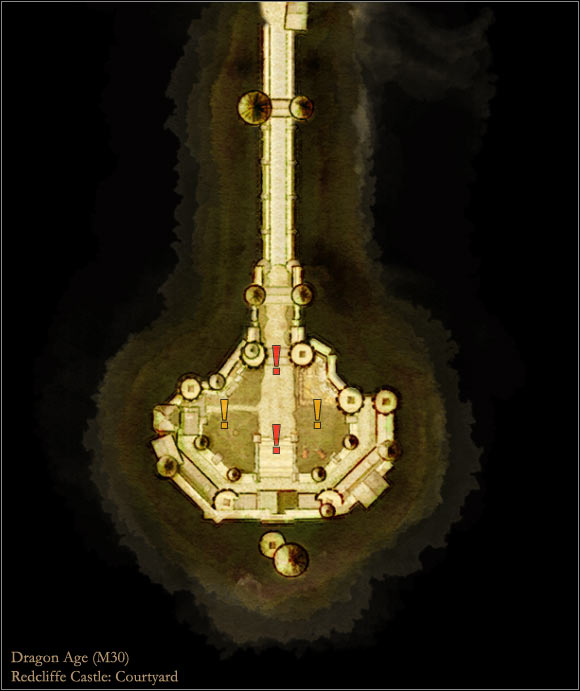 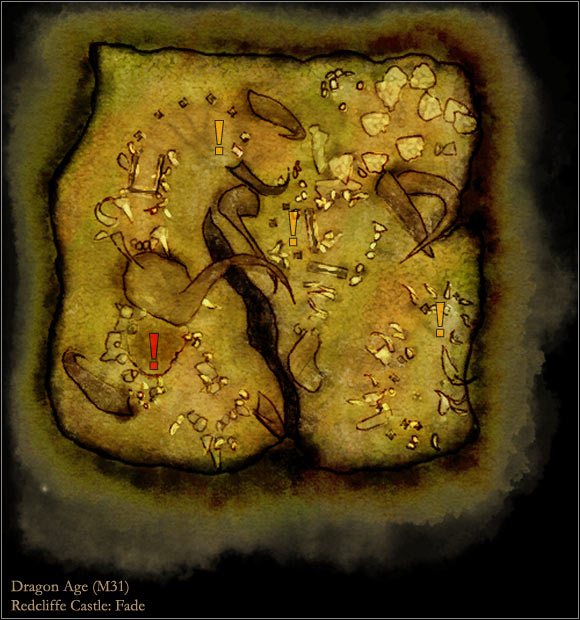 - Mother Hannah can be found in [Redcliffe - Chantry] (M27, 1) and she can give you a free blessing.

- Berwick can be found in [Redcliffe - Tavern] (M27, 2) and there are a few ways to blow his cover and to find out that he is one of Loghain's many spies. You can force him to tell you the real reason of staying in Redcliffe by using persuasion/intimidation or you can have Leliana in your team and hope that she'll recognize the spy. If everything else fails you can also try talking to Lloyd (or Bella) and asking the person in charge of the tavern about Berwick. Once he's confirmed that he's working for Loghain he'll give you a letter and you'll be allowed to order him to join the rest of the villagers to prepare for the upcoming battle.

- After you found a way to enter [Redcliffe - Smithy] click on a chest found to the right of the entrance (M27, 3) to uncover Owen's hidden cache. Assuming that you've agreed to rescue Owen's daughter he will open the stash, allowing you to collect weapons and armor pieces.

- Notice that you won't gain access to some of the quests and NPC's until you've successfully defended the village from the invasion of the undead.

- During your first visit to the castle and prior to resolving the situation with Connor you should kill the possessed chamberlain found in [Redcliffe Castle - Main floor] (M29, 1). Check his body after the battle to collect a vault key. You can now travel to [Redcliffe castle - Upper floor]. The key can be used to open one of the northern rooms (M29, 2). As suspected, it's going to be a vault filled with a lot of useful and expensive items.

- Owen [Redcliffe - Smithy] (M27, 2) - he'll sell you goods only if you agree to rescue his daughter (Lost in the castle quest)