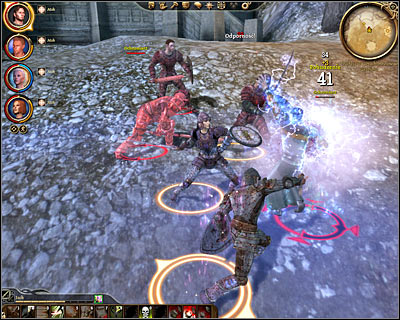 Description: This quest will officially begin when you get to [Frostback mountains pass] (M47, 1). Start heading towards a dwarven fortress seen in the distance and once you've made your way to the main entrance (M47, 5) you'll witness a conversation between one of Orzammar's guards and Loghain's messengers. It won't take long for the messengers to recognize you, so you'll have to be ready to defend yourself. Watch out especially for one of the mages protecting Imrek. If you want to solve this problem without going into battle consider relying on intimidation during the initial conversation. Either way you'll have to get this obstacle out of the way in order to travel to [Orzammar - Hall of Heroes] and from there head directly to [Orzammar - Commons] (M47, 6). Watch a short cut-scene before moving on. 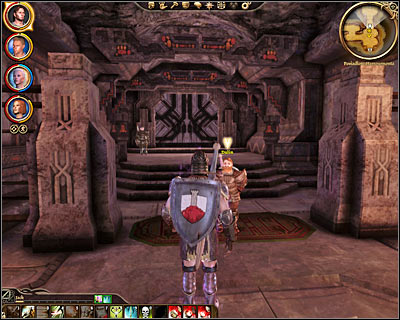 During your time spent here you'll soon find out that there are two challengers for the king's throne and you'll have to choose which one should win the election.

If you want to cooperate with Harrowmont you'll have to start off by completing Duling Forender quest. After that you'll be forced to solve two other quests - Lord's trust: first assignment and Lord's trust: second assignment. 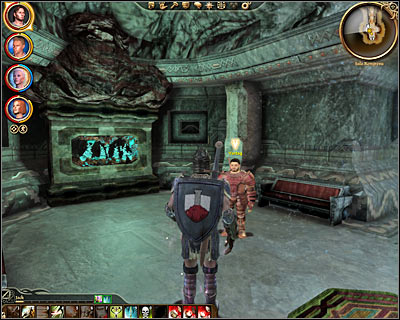 If you want to cooperate with Bhelen you'll have to start off by completing Vartag Gavorn quest. After that you'll be forced to solve two other quests - Prince's grace: first assignment and Prince's grace: second assignment.

You should also know that you'll be able to change your affinity during the course of the main quest by talking to the representative of the other group and agreeing to begin espionage. This would result in receiving additional quests - Unstable allegiance (given to you by Duling) or Enemy inside (given to you by Vartag). 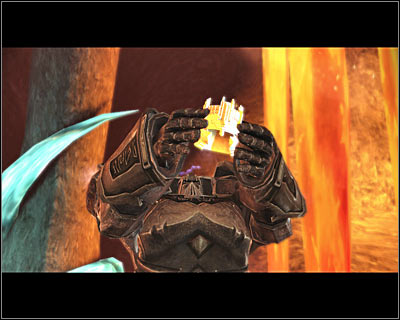 All other missions are identical for both sides and the only thing that's going to change is the identity of the person which gave you the quests (Prince Bhelen or Lord Harrowmont). The quests I'm talking about are Jarvia's hideout, Anvil of the void and Paragon of her kind (identical name to the main quest but found in Orzammar category). Your journey will end with you receiving a crown from Caridin or from Branda (M59, 9). Once this item is in your possession you'll be allowed to return to [Orzammar - Diamond quarter - Chamber assembly]. 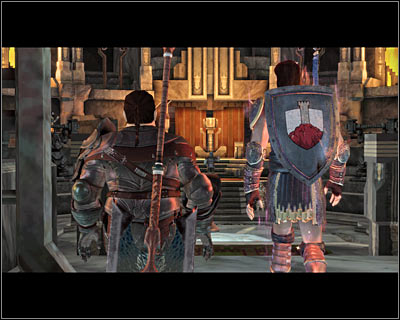 When you get to the congress you'll automatically trigger a cut-scene (M53, 9). Notice that even now you'll be allowed to change your affinity, because your final response will affect the decision on who will become the next king of Orzammar. 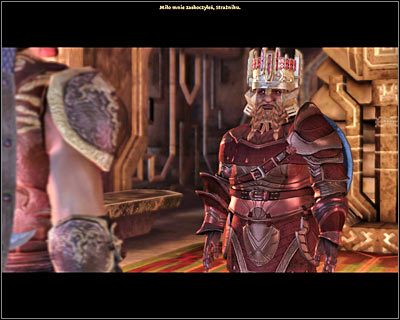 If you choose prince Bhelen to be the next thing then his first order of business will be to execute lord Harrowmont and there's nothing you can do to stop it. Once the celebration has ended you'll return to [Orzammar - Diamond quarter - Royal palace] (M54, 3). Ask king Bhelen for assistance in dealing with the Plague. You can also ask him to build a statue in your honor and you can agree to take a reward for your efforts (Trian's hammer). 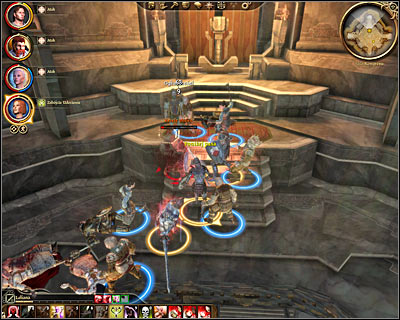 If you choose lord Harrowmont to be the next thing then prince Bhelen will show his objection and a huge battle is going to take place here. Bear in mind that Bhelen won't be the only dwarf you'll have to kill, because several of his servants will join the fight. Once it's safe again talk to king Harrowmont and ask him for assistance in dealing with the Plague. You can also ask him to build a statue in your honor and you can agree to take a reward for your efforts (Harrowmont's staff).