How to unlock: After completing the Ameridan's End quest. 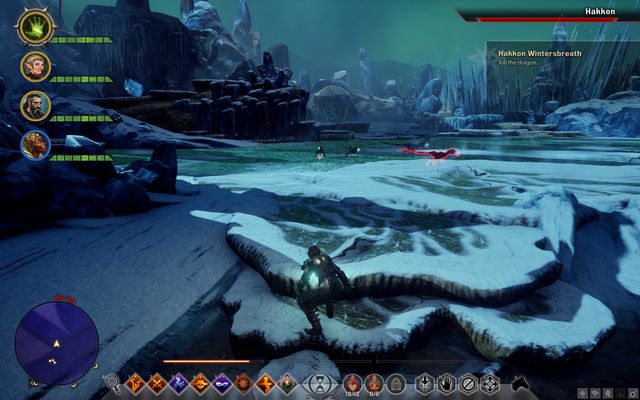 After completing the previous quest, head to the fisherman's hut on the coast (M31,19). You will be facing the dragon in the final battle. The dragon is one of the ten beasts from a side quest and it will be on the same level as the hero. 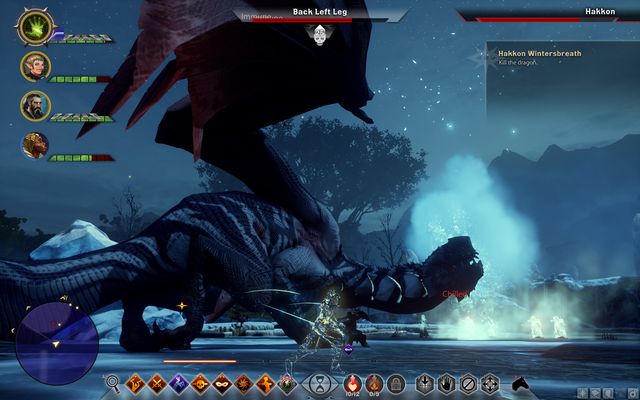 As you may guess, the dragon is an ice-type beast, so all fire-based attacks and weapons are highly recommended. Aegis of the Rift will also be of use, as it may serve as protection from the opponent's ice projectiles. Hakkon will be also summoning lesser dragons to help him, so be careful and eliminate them first. They are particularly dangerous to your companions. When the battle is over, don't forget to collect the loot from the beast's body.