Way to unlock the quest: Complete The Final Piece quest

You start the quest as operation of the same name (no cost of the operation) and the recommended level to complete this one is 16-19 but, on a difficulty level other than "easy", a higher experience level is recommended. 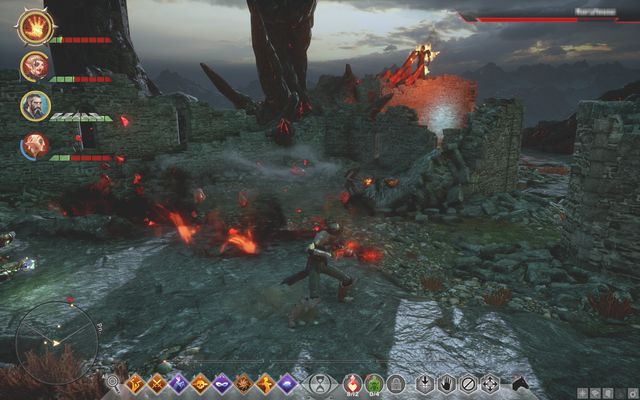 Corypheus attacking at a distance, at the second stage.

You get to an arena, with your party and Corypheus. The level of the boss is 23, he is resistant to any critical effects, but he takes miniscule damage from elements. At the critical moment, you can also use the power of the barrier (a special ability), which has a damaging effect on him. At the first stage, up until you deprive him of about 1 of health, you can use everything that you pack. Later on, he goes up in level. 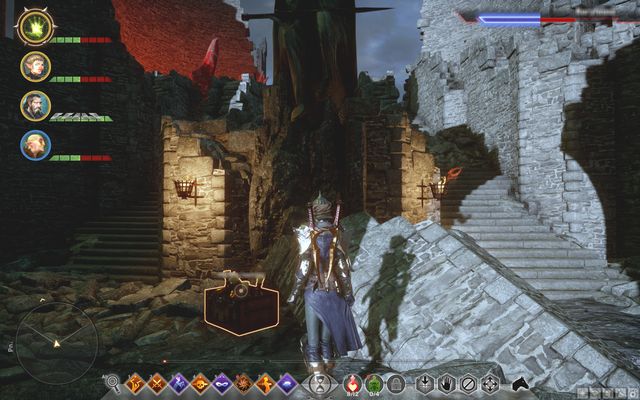 Climb up the stairs and remember to loot the supply crate - remember, however, that you should first use up all of the potions that you have, because you replenish your supplies after you open the crate, and you cannot use it for the second time. Once you climb up the stairs, only ranged party members will be able to fight, for some time. It is worth having a mage now, who can enclose those units within a barrier, or shielded characters, who will be taking on damage dealt by Corypheus. After you have depleted more of the enemy's health points, you get to fight the dragon (dependent on your choices within the storyline).

To defeat the dragon quickly, deal damage to all of his limbs, up to the point at which they start to bleed - then you stand a chance of flipping the beast over, because he will be defenseless then. Try to avoid all of the attacks aimed at you, because they deal lots of damage, but are easy to dodge. 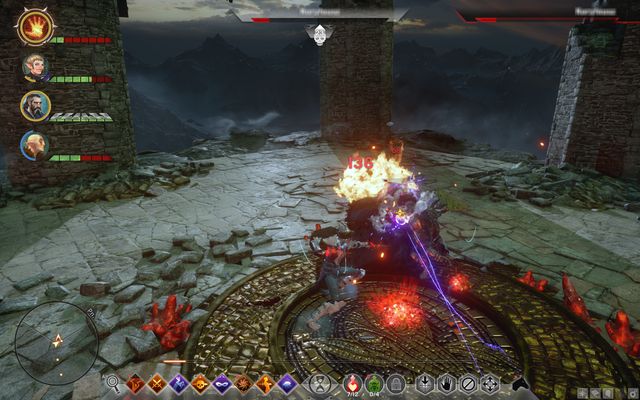 Then, climb to the higher level and, just like previously, attack Corypheus. He will often switch targets for his attacks so, you need to run after him, or switch between the individual party members to dodge the attacks. The end of the battle, ends the game's storyline and you return to Skyhold, where you can continue the game, save some of the Inner Circle quests, which may be unavailable now, if you have not completed them earlier.