Way to unlock: Unlock Ghilan'nain's Grove, and go to the Eastern part (past the Rift), where there is a descent into the underground. 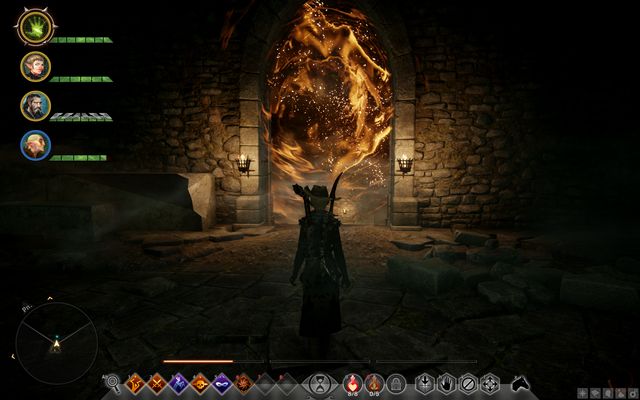 The entrance to the room with the puzzle, sealed off with a magic barrier

This mission is not an official quest, but it is rewarded and it poses quite a problem to players. The puzzle is in the Exalted Plains, in the area of the same name -Dead Hand on the marshes in the Eastern part of the map. The corridor with the puzzle leads up to the main part of the marsh, but you can take the other passage, to the West. However, behind the gate, there is a legendary item. 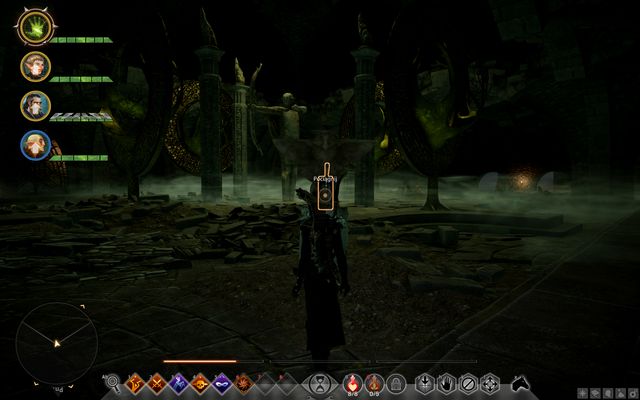 The switch that spins the archer

After you get there, you note a small chamber with statue of an archer in the middle. At the other side (to the left), there is a small pillar with a switch. Once you use it, the archer spins and shoots. Your task is to shoot all 4 spheres and in order to do this, you need to lower the pillars standing in the way. One of the spheres is exposed - start by shooting this one down, to test the mechanism. 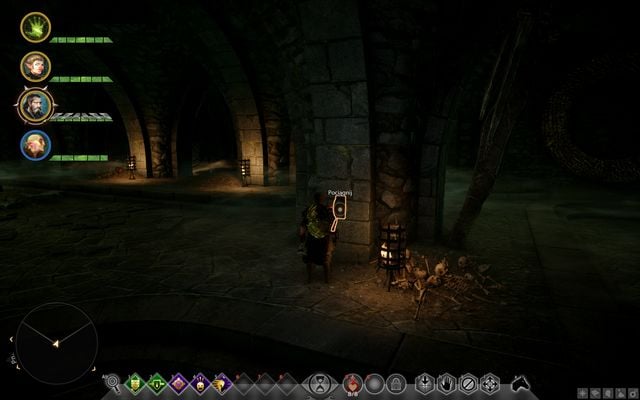 The switch to the grate, to the right of the entrance

First of all, use the switch on the pillar to the right of the entrance. This opens a grate on the right, where you will find a torch. This part here is important: leave one of the party members here. You can do that by using the button on the HUD's bottom panel, or by entering the tactical view and clicking twice on the spot, where you want the character to remain. 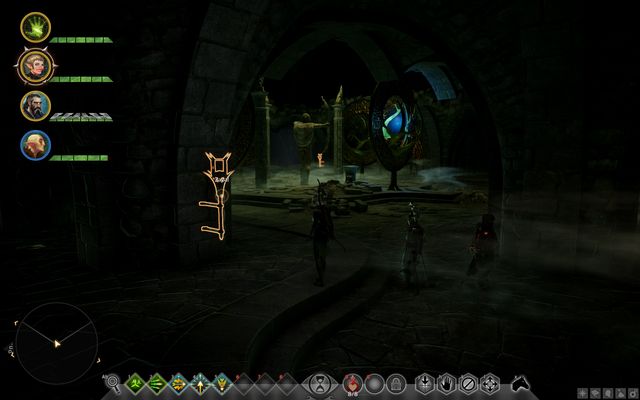 A torch to the left and one in the distance, at the end of the location 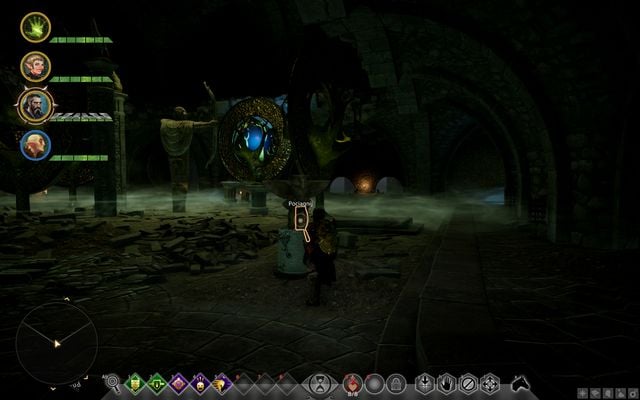 Press the switch to have the statue spin and shoot

Now, as one of the character that is not standing near one of the torches, approach the switch that spins the statue. Switch between the individual characters, at the torches, and light them, in any order that you want. You need to be quite fast while doing this, because the pillar returns to its initial position if they go out. As soon as you light all of the torches, use the switch and shoot down another sphere. 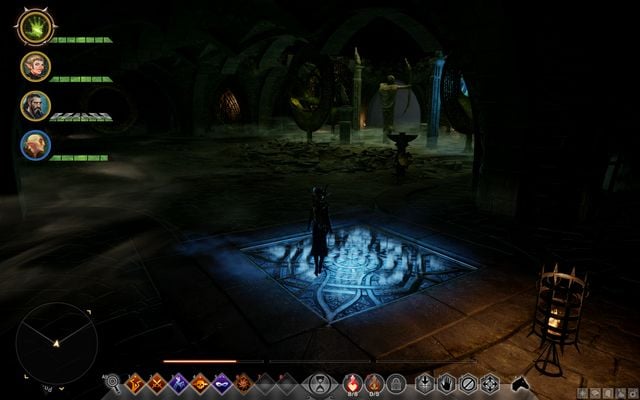 The pressure plate behind the switch

To shoot down another sphere, go past the switch, as one of the characters, to the corner of the room (North-Western one). There is a pressure plate there - have the character walk onto it and stay there, as you press the switch with another character. 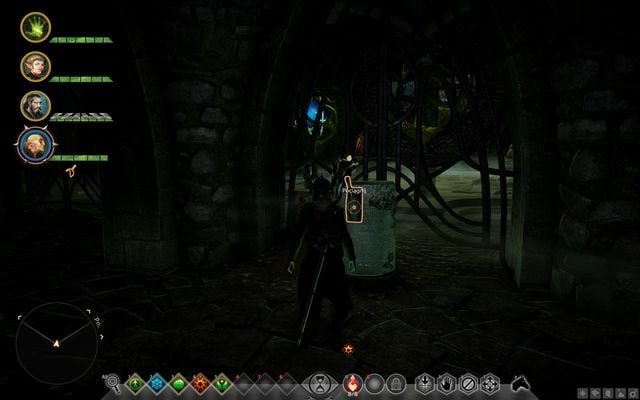 The switch behind the grate, to the right of the passage

There is one more sphere left. First, approach the first torch (the one behind the grate), have the party member remain there and shut the grate with the switch that you used to open it (the first pillar of the entrance, to the right), which locks the character in. There, you find another a lever that you can use. After you do this, a grate will open at the opposite side (to the left of the entrance). 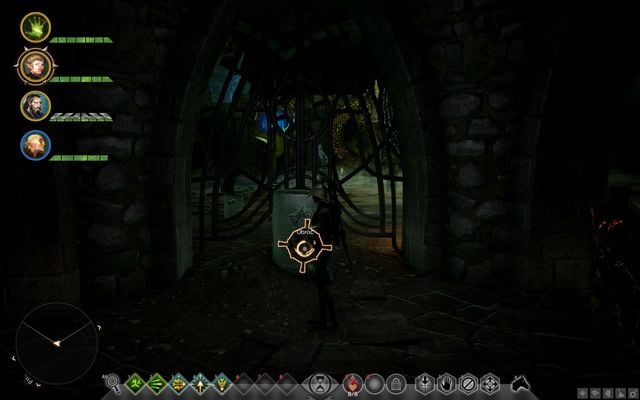 The valve behind the grate to the left of the entrance

Inside, there is a valve. Leave one of the characters here and go to the lever. Have the character at the valve give it a turn as much as possible and use the switch. With 4 orbs lit, you can leave the room through the passage that opens up after a while.