Way to unlock: Talk to Cullen in Skyhold. You can only complete this quest, before you start What Pride Had Wrought main quest, where you get to meet Samson. 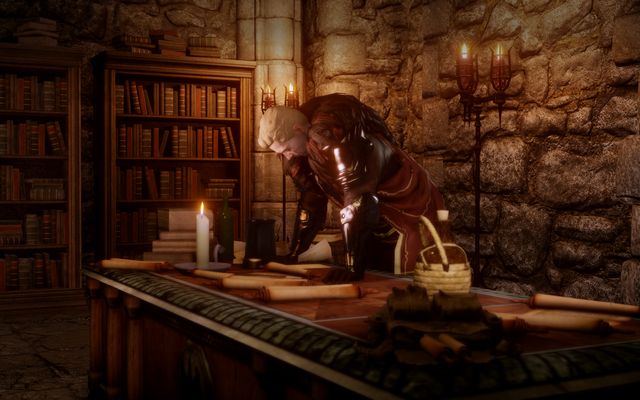 Cullen in his chambers

Once Cullen returns to his office, visit him there and you receive a quest. It has been divided into several stages. In the first one, you need to go to Emerald Graves and collect three letters (M17,10a-10c). 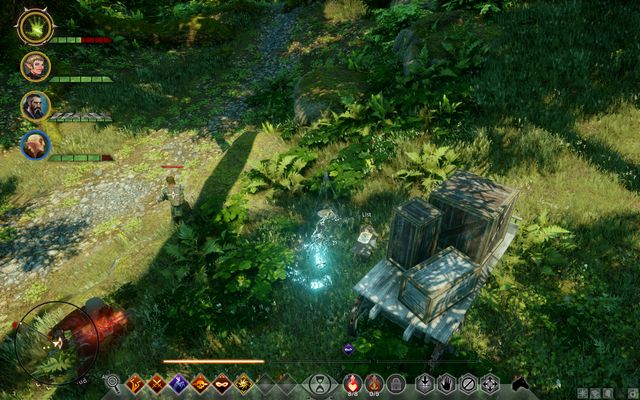 Each one of the letters is being guarded by a small group of soldiers but, if you have a rogue on the party, he can enter stealth and sneak past them to steal the letter, without the fighting. After you collect the three letters, return to the quest giver. 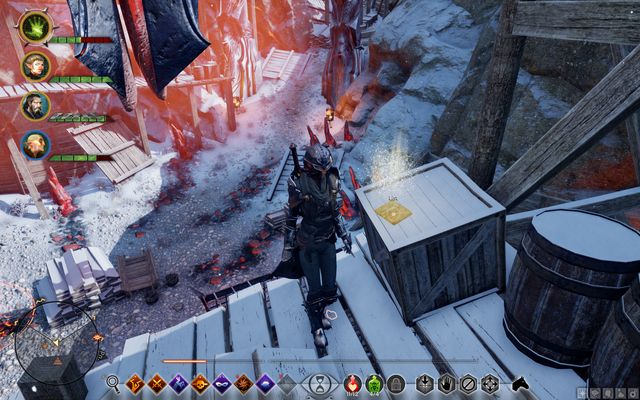 One of the letters on the scaffolding, in the Emprise du Lion mines

Now, Cullen tells you to go to Emprise du Lion, where you need to attack the Southern mines. Find there the hidden letters from the Red Templars correspondence (M15,20a,20b). Then, you are instructed to return to Cullen. All of the letters are on scaffoldings, guarded by Red Templars. 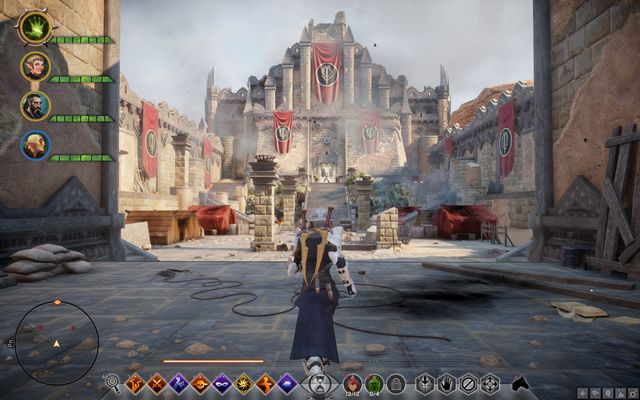 After you return to Skyhold with the letters go straight to Cullen. After the conversation, he sends you to Dagna (in the Undercroft). Talk to her and go to the war room, where you start the newly-unlocked operation: Finding Samson's Weakness. After it ends, talk to Cullen again, and complete another operation: Track Down Samson. After you have completed both of them, return to Cullen. After the conversation, you can both go to Shrine of Dumat, a new location, which appears on the map, for the duration of the quest. 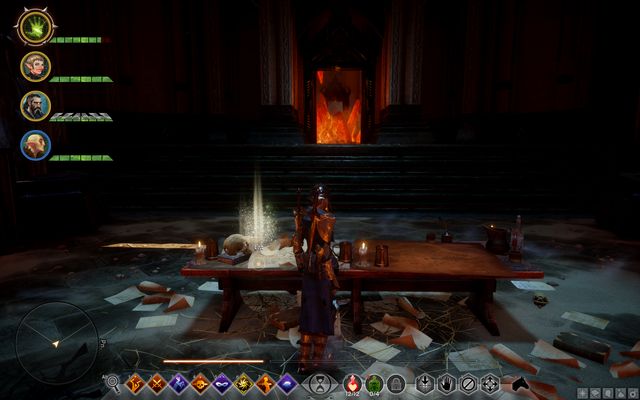 Letters on the table

Kill all of the Red Templars on the main yards and a Behemoth will appear from behind the door. Defeat the opponent and enter. There, after you defeat several more groups of opponents, you encounter Samson's partner, at the end of the shrine - Maddox. After the conversation, take a look around the room. To the right of the corpse, there is a bottle and, on the desk in the middle of the room, there is a letter. 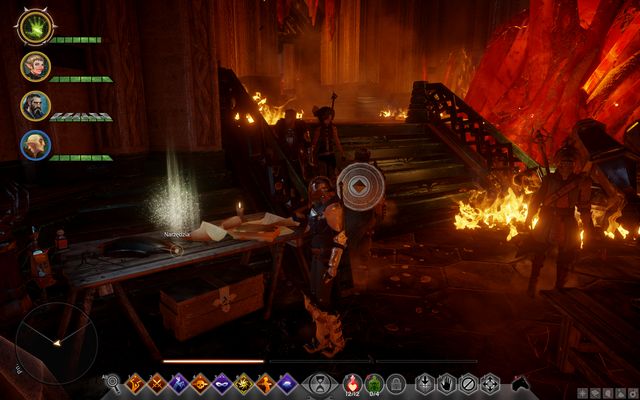 Tools on the bench near the stairs

After you exit the room and go right, you find a small workbench with tools on it. After you pick them up, take a look around - there is a pouch on the other table - inside, there is a schematic for the excellent Rune of Decay. After you have collected those, you can return to the Skyhold. Finally, meet up with Cullen and Dagna in his chambers. This is where the quest ends.