Way to unlock: Talk to Solas at Heaven. 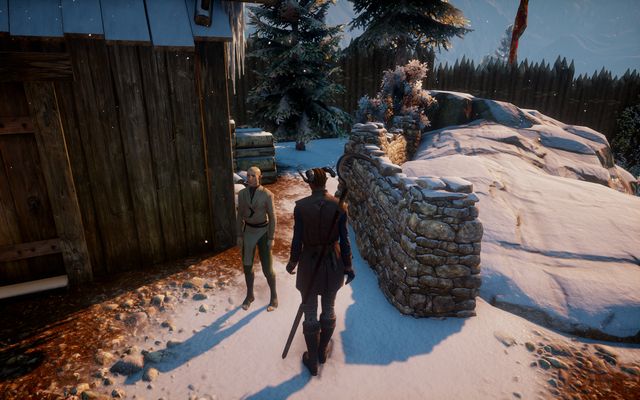 You receive this quest after you talk to Solas, while still at Heaven. Follow him into Hinterlands, to the cave to the East (M3,35). 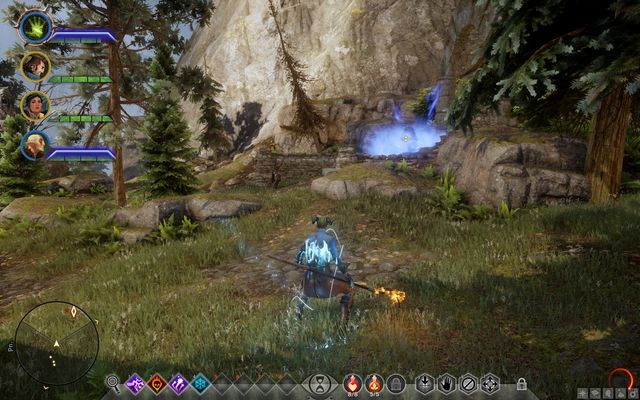 Mihris fighting a shade in front of the cave

In front of the cave, you encounter Mihris - an elven mage. She wants to join you in your exploration of the cave. You can either chase her away, thanks to which you win approval points with Cassandra, but it is better to allow her to go with you. 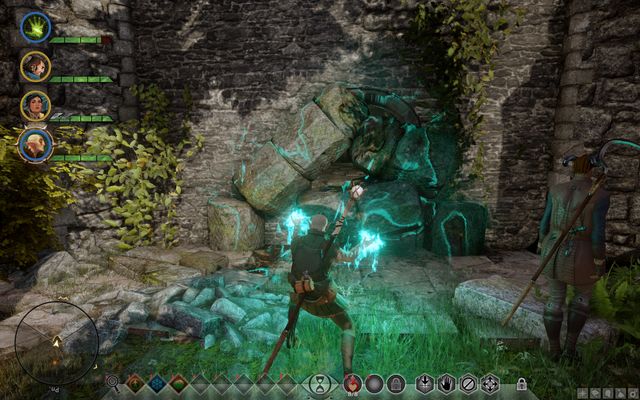 The cave entrance that requires some magic to open

To enter the cave, you need to use a mage (e.g. Solas). Inside, there is a corridor, two wraiths and a shade. To your left, there is a Veilfire torch - you can use it to collect a glyph later on- Fire Rune. 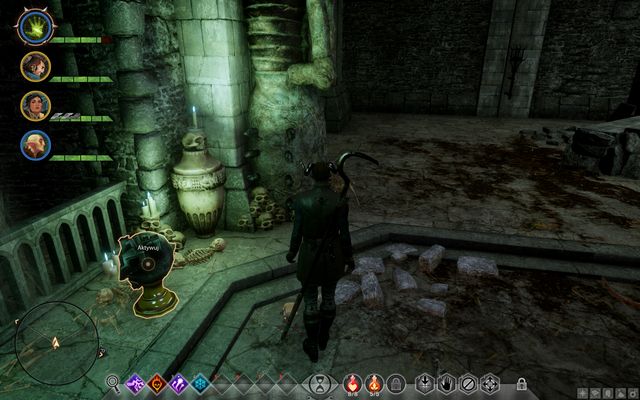 The elven artifact - barrier amplifier - to the left

Climb down the stairs into the main hall and locate the elven artifact in the middle - veil measuring device. After you activate it, you complete the quest. From now on, you can activate similar artifacts, while exploring the game world. For each artifact that you activate, you will be rewarded with some experience and Influence Points, as well as you will improve on your relations with Solas. As soon as you activate enough of them, you will be able to start the What Lies Dormant quest. 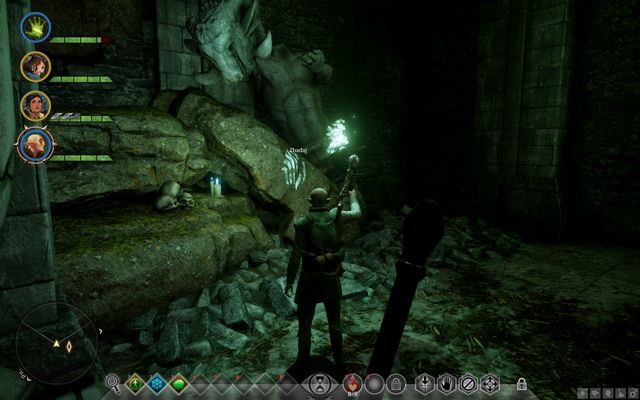 The glyph on the rock

You can find the abovementioned glyph on the rock to the left.

Mihris found a very interesting item in the cave. If Solas is on your party, you can ask him to convince the elf to give it to you - watch out if you are going to attack her - the elf is a level 16 mage. Otherwise, you can attack her and claim the item. The item is the Amulet of Power.