Way to unlock: After you complete the Wicked Eyes and Wicked Hearts quest 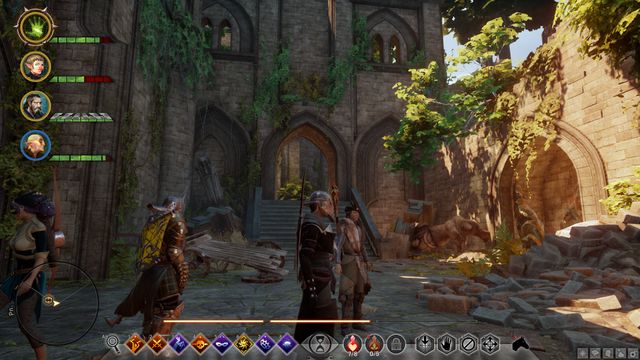 After you complete the Wicked Eyes and Wicked Hearts main quest, you gain access to an operation at the war room, thanks to which Din'ah Hanin in Emerald Graves becomes available. After you enter the tomb (M28,1a), you will have to find nine Emerald Seals. 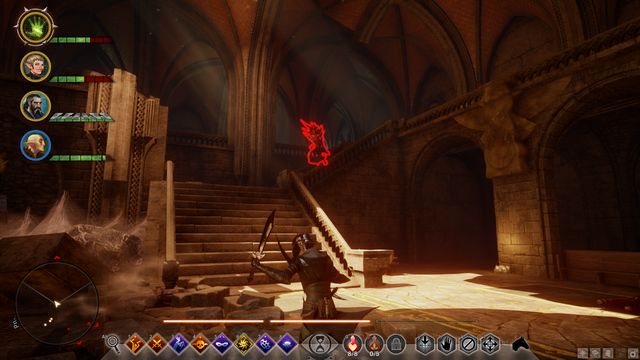 One of the Behemoths with an Emerald Seal

You are going to need them to open the door at the end of the path. They have been hidden all around, or they have been found already by those who explore the Red Templars location. This is why, you should kill every Behemoth that you encounter, because they are in possession of the remaining seals (M28,1b-1j). 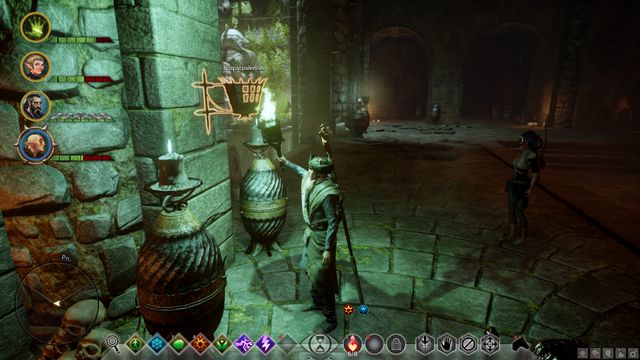 One of the torches that you need to light

After you have collected them all, go to the closed gate and open it (M28,1k). You will walk into a big chamber, where you need to light four torches on the pillars in the center. 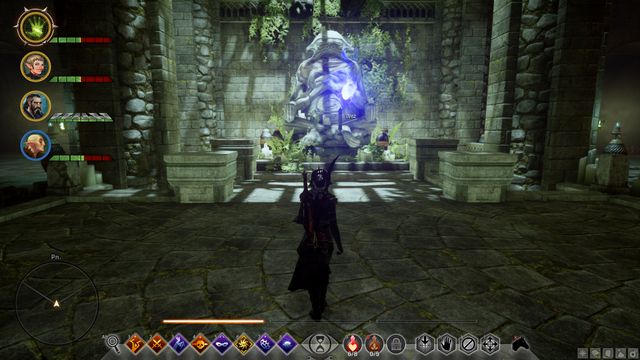 After you light each one of them, there appears a group of demons here, who attack you. When all of the torches are lit, a platform appears, thanks to which you will be able to collect the scroll (M28,1j). 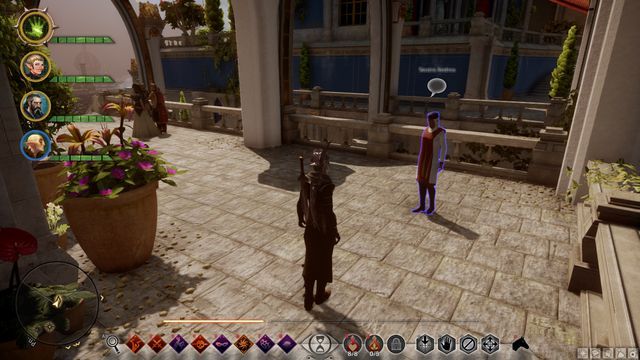 You may deliver the scroll to the Chantry, or deliver it to the Dalish in the camp, at the Exalted Plains. You can find the representative of the Chantry - Sister Andrea - in Val Royeaux at the upper level (M4,4). 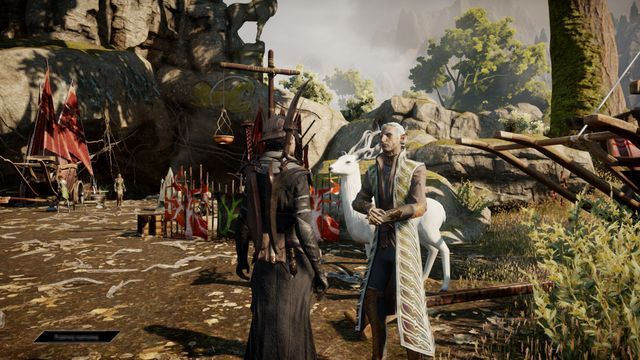 At the Dalish camp, take the scroll to Caretaker Hawen. In both cases, for completing the quest, you are rewarded, but the Dalish additionally reward you with 3 influence points in the camp (connected with the "By the Grace of the Dalish" quest). You also get to unlock an operation.