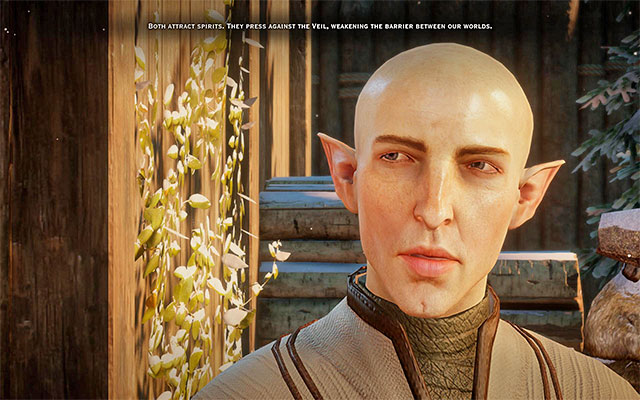 How to build positive relations with Solas? During all of the conversations participated by Solas (regardless of whether you talk eye-to eye, or with more characters ), pick the dialogue options that showcase your refined intelligence, your support for mages and broadly-understood interests in the surrounding world (particularly when it comes to the Fade). Also, remember to pick all of the dialogue options marked with the heart symbol.

Note - Watch your tongue while discussing elven customs, because you can lose favor points as a result of inappropriate commentaries.