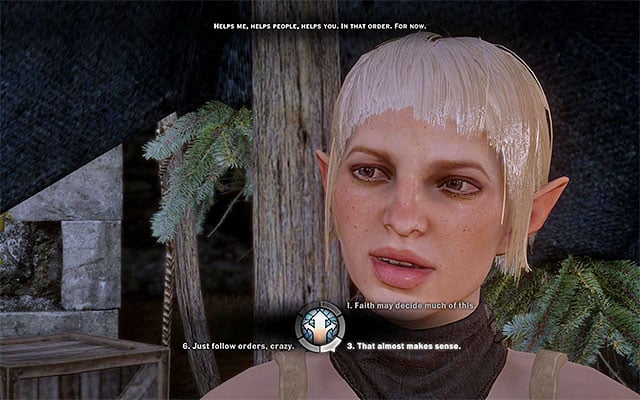 Note - If your race is qunari, it is going to be easier to win points of positive relationship with Sera. Elves, on the other hand, are ones that gain favor with her the slowest, which does not mean that they are without chances.

How to build positive relations with Sera? During all of the conversations participated by Sera (regardless of whether you talk eye-to eye, or with more characters ), pick the dialogue options connected with solving problems by means of warring a punishment (sentences passed at the Skyhold). Sera also likes witty comments, especially ones that offend nobility. Also, remember to pick all of the dialogue options marked with the heart symbol.

Note - Avoid questioning Sera about her past. This is not the favorite of her topics and you can lose her favor in this way.