Way to unlock: Find one of the glyphs. 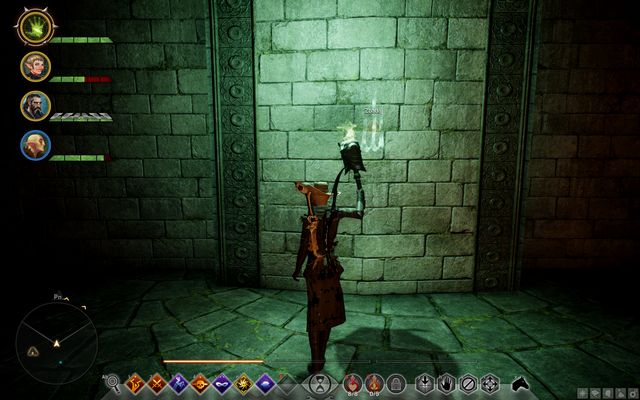 One of the glyphs. Looks like any other rune

In every cave marked by this quest, you may find a glyph (a rune) on a wall, although you can read them only under the light of the nearby torches. Find four of these glyphs to unlock the quest focused on studying them and unlock a new area at the same time.

Places where you can find the glyphs:

The first glyph (M18,11a) is in the ruins of the temple in the southern part of the map, on the northern wall in front of the rift.

The second glyph (M18,11b) you may find while taking a path upstream the river which you can find in the old plain. Behind the waterfall, you will find a cave in the northern rock. The rune is on the western wall.

The next glyph (M18,11c) is North of the first one. On the field you will see the only different ruined building. The glyph is on the western wall of the balustrade.

The last glyph (M18,11d) you may find close to one of the rifts next to the damaged row of arches. The glyph is at the bottom of the stairs on one of the stones.

Rewards for completing this quest: