Way to unlock: Get to the beset fort and talk to Marshal Proulx. 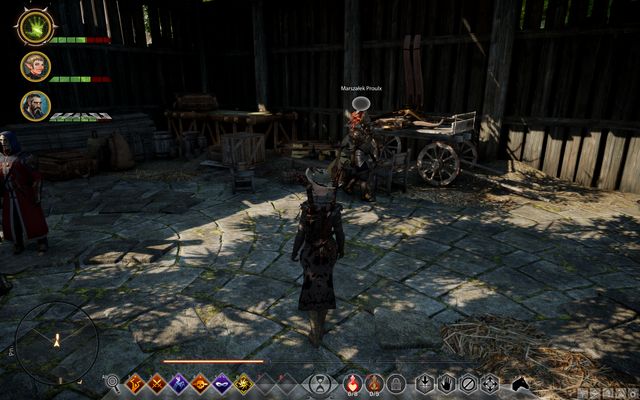 Marshal Proulx in the fort

When you pass the ramparts and head North, you will see two towers behind which you will find the bridge to the fort. On this bridge you will see the battle taking place between the fort soldiers and some demons. After the battle, you can walk through to the gate. The first person you will see inside will be Marshal Proulx (M18,4). He will unlock four quests in total for you. One of them focuses on conquest of the Victory Rise. 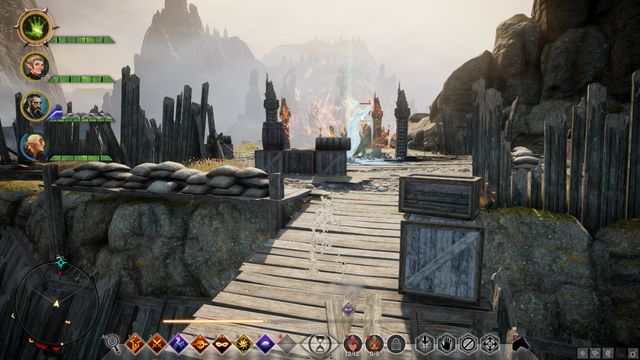 The first hole surrounded with a magic barrier

Similar to other quests from Marshal Proulx, this one focuses on getting behind the flanks and getting to the hole filled with bodies of the dead soldiers (M18,25a). These holes are guarded by an Arcane Horror which you don't have to fight with to complete this quest. Every hole is also protected from any interaction by a magic barrier which may be destroyed by a mage in your team. 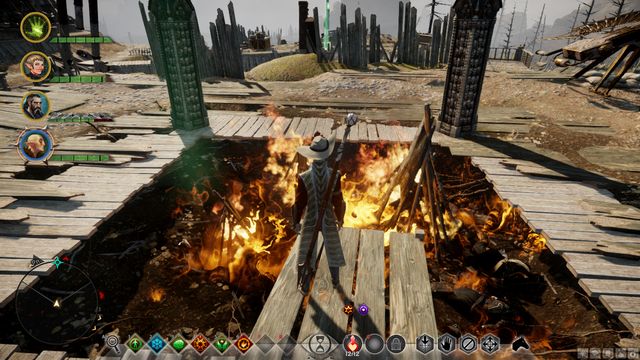 The second hole set on fire

Go to the opposite extremity of the battle area (irrespectively of the side from which you have started this quest) (M18,25b). Set the second hole on fire. 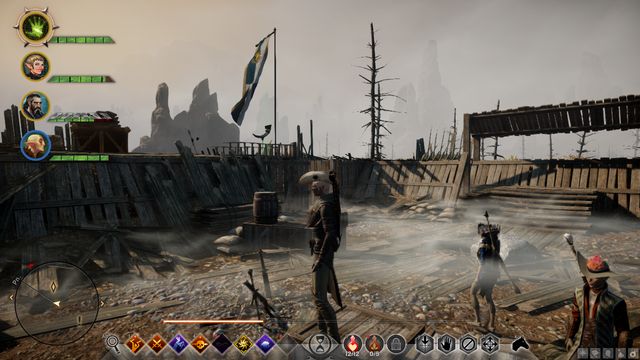 The horn visible on a dais

Now you need to go to the middle of the fortifications and blow the signal horn (M18,25c). Doing this will complete this quest and the friendly forces will start to patrol this area.

Rewards for completing this quest: