Way to unlock: Unlocks automatically after completing the "Stop Venatori Activity in the West" operation. 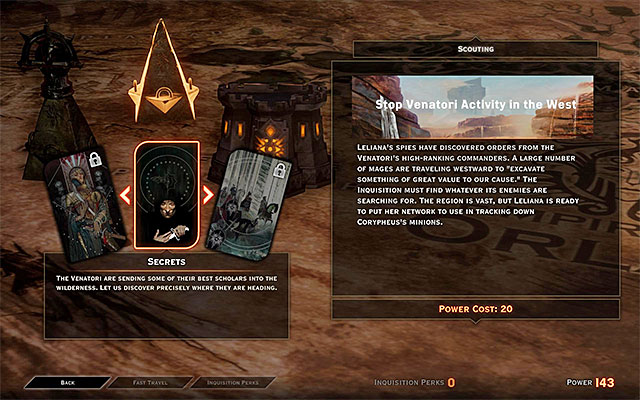 The operation in The Hissing Wastes.

This quest can be added to your journal after finding the icon connected to it on the war table, in Skyhold. To complete this operation automatically, you have to have at least 20 points of power. Spending the points will unlock The Hissing Wastes, where you have to go. When you're there (M16,1), listen to Lace Harding, who will tell you about the nearby dwarven ruins. After the conversation, you can start exploring this location.

Note - The Hissing Wastes is a location, in which you will encounter a lot of opponents that are difficult to defeat. Visit this place only when your team members are at least at level 16-17. 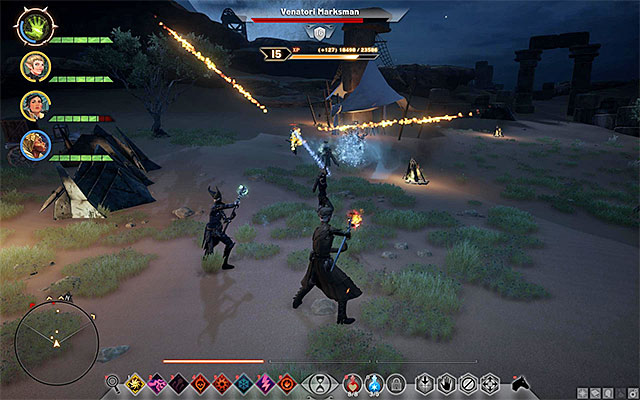 Attack the cultists and search the camp.

The next part of this quest concerns visiting Venatori camps located in different parts of the Wastes. One of such camps can be found in the western part of the map (M16,1d). Once you arrive at the location, attack the cultists located here, focusing on Venatori Mages and Venatori Stalkers. After securing the camp, search for two books connected with the "The Tomb of Fairel" side quest. 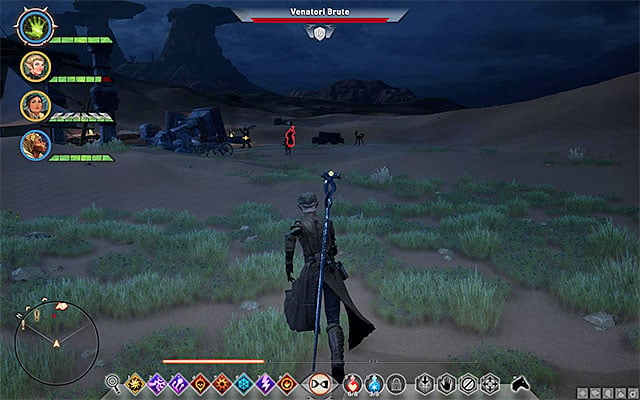 The cultists in the second camp.

You will find another camp in the central part of the Wastes (M16,1f). The strategy is similar - kill all the cultist (watch out for the elite enemies, like Venatori Brute) and search for the book. It's also worth mentioning that one of the five additional tombs from the "The Tomb of Fairel" quest is located right near this camp. 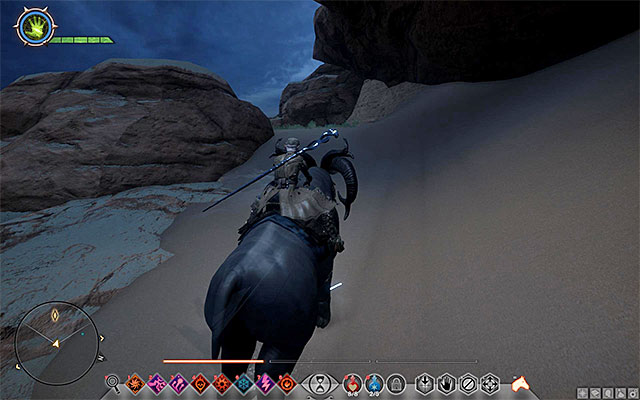 Choose one of the paths leading up the mountain.

The third camp is located near the vantage point, on top of the mountain. It is the north-eastern part of the map (M16,1j). You can get there using one of several paths available and you should have no trouble climbing to the top. After arriving at the camp, attack the Venatori and kill the Mages first. Once the battle is over, search the place to find two books (one with a sketch). Moreover, you can set up your own camp here. 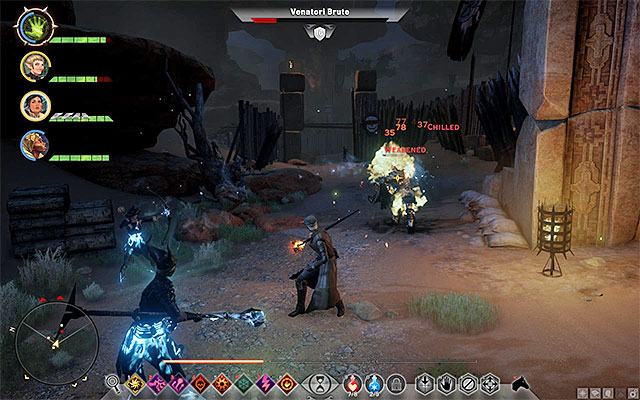 Get rid of the cultists in the first part of the camp.

The last and the biggest camp can be found in the eastern part of the Hissing Wastes (M16,1k). You can approach the first part of it from the west. Attack the cultists and watch out for the archers on the fortifications (try to eliminate them quickly). The next part of the camp is protected by the barricades, but you can go past them from the south (you can choose from several narrow passages). 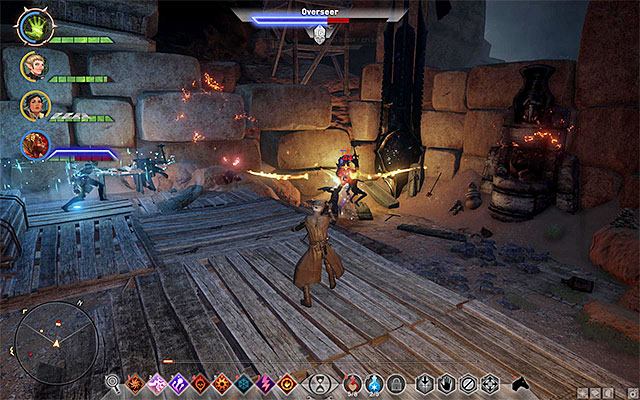 Get past the barricades and attack the group led by the Overseer.

In the second part of the camp, a large group of opponents awaits you. In this battle, you have to be careful when attacking the Overseer, who is the leader of the group. This enemy is resistant to fire attacks, so you need to use other elements in this fight. Once the battle is over, search the Overseer's body to collect the Bloodwake (staff). Also, search for the last book.