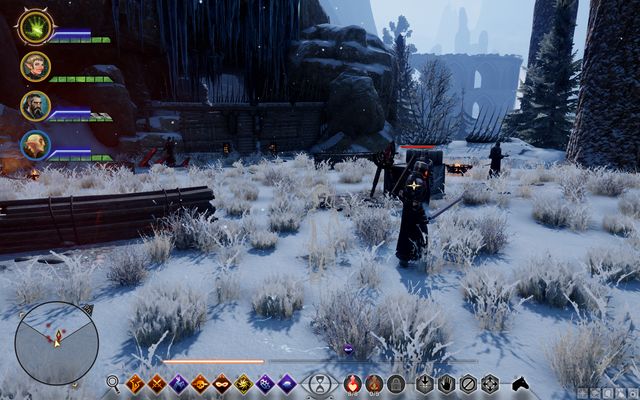 Emprise du Lion is one of the major locations in the game. In theory, you explore this location during the main storyline of the game, but you can stay here for longer, than required by the storyline. In fact, this is what is recommended. In Emprise du Lion, there are many interesting side quests to complete and many valuable items to obtain. You are going to fight exciting battles here, especially that there are several (!!) great dragons around. Remember to make proper preparations before you take the journey there and to get to Emprise du Lion only after you have progressed the party to a higher experience level.

The way to unlock the location: On the world map, you need to select the Emprise du Lion operation and complete it. It is possible only if you have, at least, 20 Power points.

Recommended experience level: As already mentioned, you should not travel to Emprise du Lion with too weak a party. You should be able to deal with the majority of quests if your party members are at 17th-18th experience level. A separate issue are battles against the great dragons in the Eastern part of the map. Take interest in them only after your companions exceed level 20.

1) The element that makes Emprise du Lion different from, e.g. the Hinterlands is the option to seize the Suledin keep.

By default, the keep is being occupied by the red Templars but, after you complete the " Capturing Suledin Keep" side quest, it can be captured for the Inquisition and become its foothold. Apart from that, capturing the keep provides you with access to new quests and new NPCs (including a trader).

2) By default, the Eastern region of Emprise du Lion is inaccessible. To access it, you need to reach the flag near the narrow passage, interact with it to unlock an operation and return to the war room in Skyhold, to complete it. Do not start exploring the new regions too early, because, in the Eastern region of Emprise du Lion, there are dens of three great dragons and each battle against the beast is exhausting for the party (or even impossible to win, if your party is too weak).