The above map presents astrariums and ocularums in The Hinterlands. The solutions to the puzzles in astraries have been presented below. As for Ocularums, the quest related to them has been described in the walkthrough for the game. 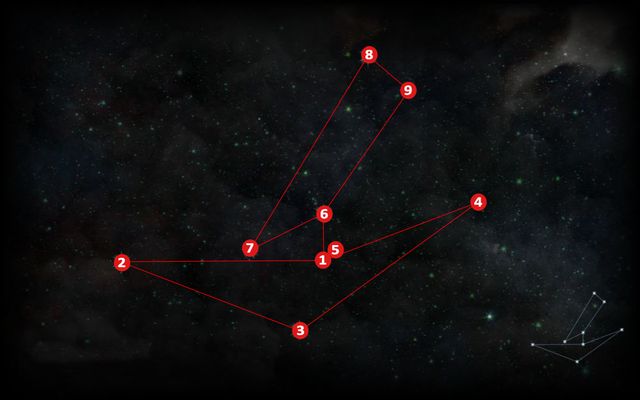 The first astrarium (M3,1a) in Hinterlands is on the hill to the North of the farms. The puzzle here is exceptionally easy. 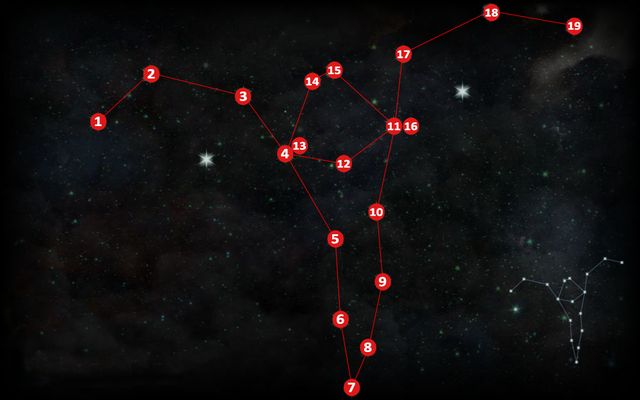 The second astrarium (M3,1b) is to the South of the farms, in the middle of the map's height. You can reach it along the slightly inclined approach from the south. 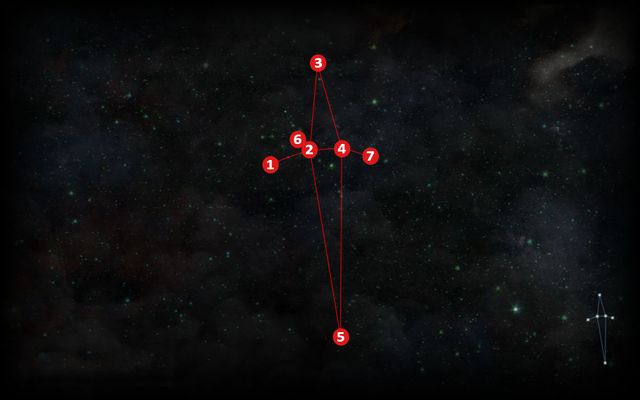 The third, and the last astrarium (M3,1c) is to the South-East of the first campsite, where you start the game. You simply need to leave the camp Southwards, along the stone wall and you will not miss it. 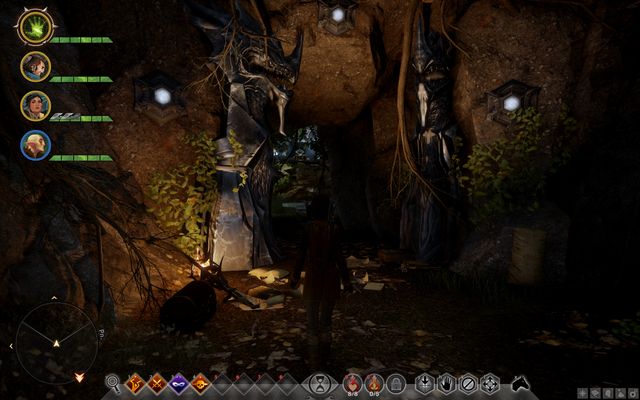 The unlocked cave is in the, hideout of the Apostates. At the top of the stairs, after you have unlocked all of the astraries, you can cross a passage behind a boulder. Inside, there are several interesting items.