Way to unlock: After setting up three camps in Taking Back the Lion quest 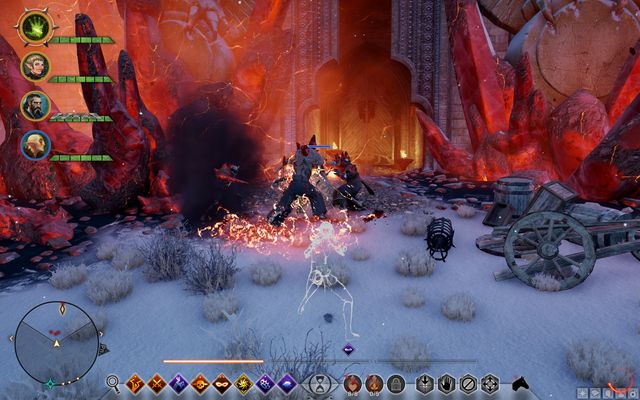 This quest will be given to you automatically once you set up the third camp in the previous quest. Your task is to head to the Suledin keep and take it back. Near the entrance (M15,13) you will find Michel fighting with the red templars. Help him to ensure his return to his village. After that, he won't be helping you anymore. Then, you need to fight your way through the keep's corridors. Here, you will encounter some templars, few Behemots and a single Giant. At the end, you will have a choice to either fight Imshael (M15,13a) or strike a deal with him. Only then will you be able to enter the keep's balcony. 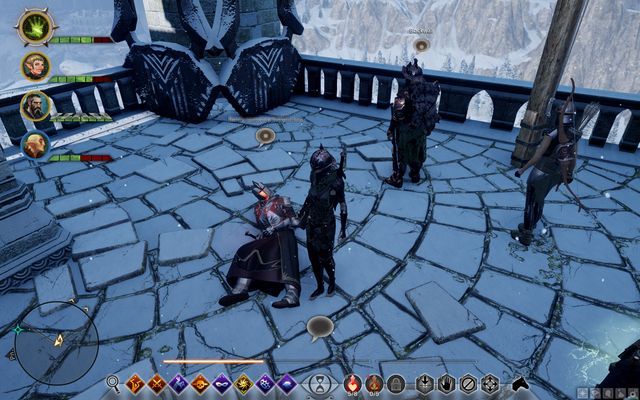 A dying knight by the flag mast

On the balcony, you will find a dying templar. You can't do anything for him - you can only have a short conversation. Put the flag of the Inquisition on the mast (M15,13b) to end the mission.