Way to unlock: Automatically after approaching the Still Ruins. 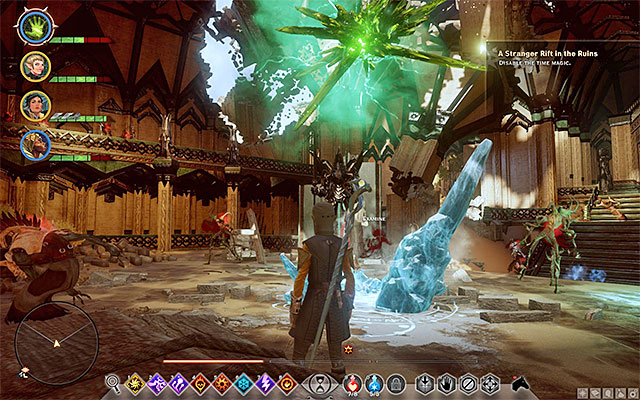 "Still" rift in the ruins

This quest can be unlocked while dealing with "A Tevinter Relic Hunt" task. Opportunity will appear after reaching the Still Ruins in The Western Approach. Go to the big hall of the ruins (M22,2) and take a closer look at the Rift, noting that the whole location is trapped in time. 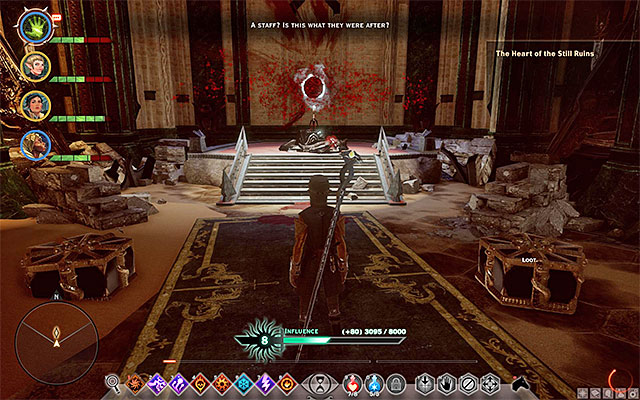 The plan is to break the spell which stops the time. In order to do so, go North and kill Lucanus as well as the other cultists. A detailed description on how to do that can be found in the "A Tevinter Relic Hunt" part of the guide. Apart from that, you will have to find five Keystones and use them on the locked doors - this is described in the part "The Heart of the Still Ruins". This will grant you an entrance to the secret chamber in the ruins (M22,2a). Take the Tempest from the pedestal which will lead to breaking the spell. 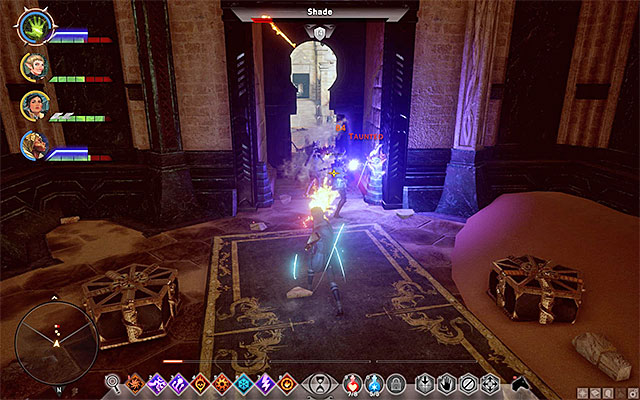 Attack the monsters you encounter

Now you can go south, where the quest has begun. Breaking the spell made all the still creatures return to their activities. This may case some problems. The first monsters can approach you right after exiting the sealed chamber. Try not to use too much of your supplies, as you will need them later. 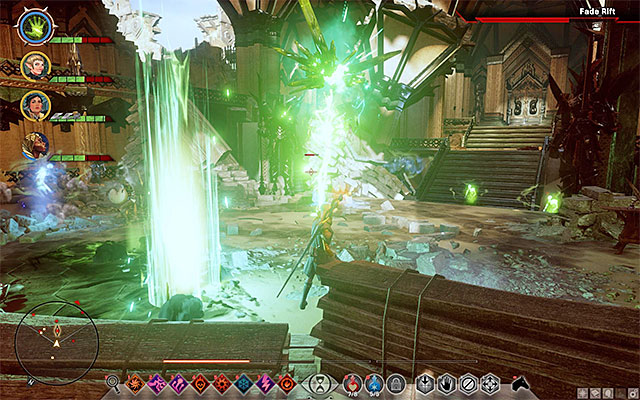 Survive a challenging fight in the ruins

You will have to get back to the Rift in the southern part of the ruins (M22,2) - it should be active now. Fight the nearby monsters, eliminating the stronger enemies first (i.e. despair demons). You will have to eliminate everything which will allow you to close the Rift, and thus, end the quest.