Way to unlock: Automatically after approaching the entrance to the Still Ruins. 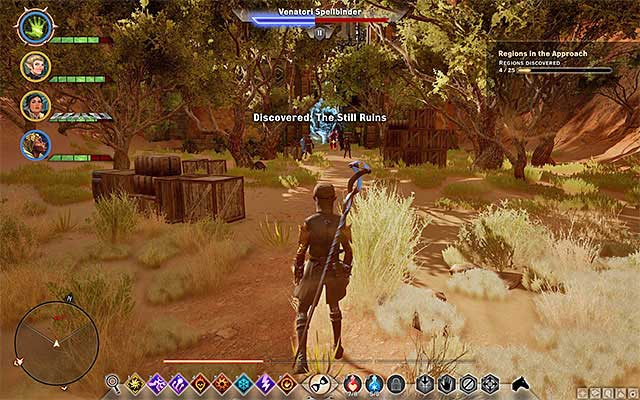 Attack the cultists by the ruins

This quests unlocks itself automatically after approaching the entrance to the Still Ruins. These can be found in the central part of the Western Approach, to the West of the first camp. After getting to the place, you should be able to find the Venatori cultists wandering around. Attack them, focusing the Venatori Spellbinder first. 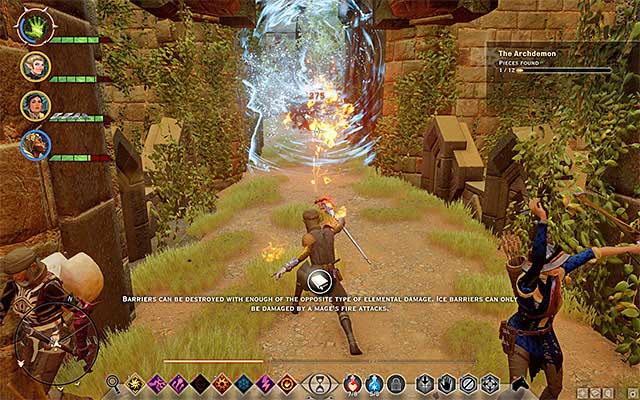 Destroy the barrier and use the door

After the fight, find the ice barrier. Let the mages destroy it by ordering them to use fire spells. After that, go and deal with another group of cultists. Head North and use the gate to enter the Still Ruins. Now you can start the exploration of the additional location (M22,1a). 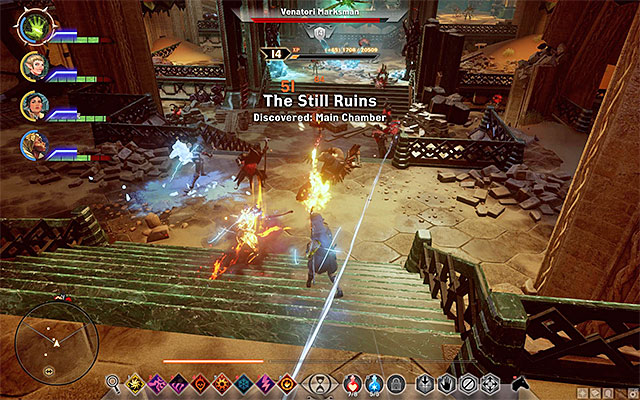 Attack the Venatori cultists first while keeping in mind the Venatori Marksmen. After the fight, continue going North. Ignore everyone and take a closer look at the Rift in the main room. It will unlock "A Stranger Rift in the Ruins" quest (M22,2). Investigate adjoining, smaller rooms (to enter some of them you will need a rogue) because there are interesting items to find inside. 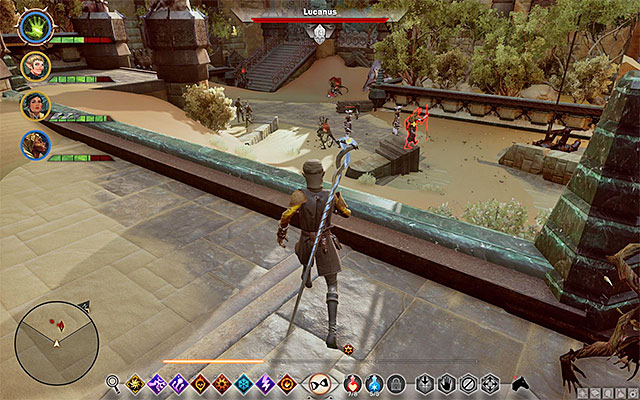 Attack Lucanus and his henchmen

More enemies can be encountered after reaching a big room in the northern part of the ruins (M22,3). Watch out for the powerful mage, Lucanus, who is commanding a small group of cultists. While fighting them, focus on eliminating the leader in the first place. Try not to use any fire attacks as Lucanus is immune to them. Be watchful of the mages and the cultists-marksmen. Killing all of the Venatori will end this quest. Search the body of Lucanus and take the Keystone, which will unlock another side quest.