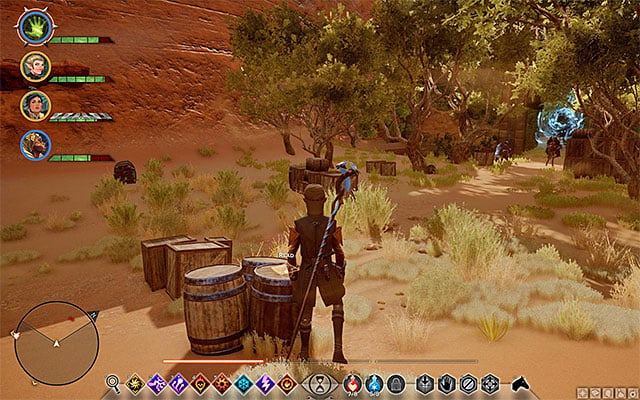 Manifesto and the keep

Quests object requires taking control of the keep which is currently taken by the Venatori cultists. The keep can be discovered by finding the manifesto lying on the barrel in the central part of The Western Approach. Other way of discovering it requires being near the Griffon Wing Keep - in the western part of the map (M19,4). 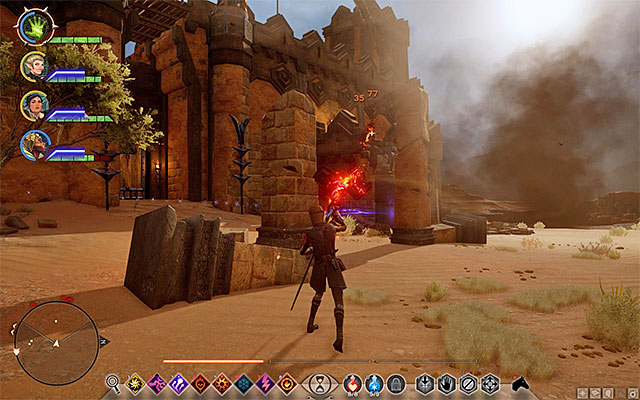 There are two ways to get inside the keep. The first implies choosing the main gate on the north-eastern side of the keep (M19,4a). This entrance is protected by the cultists and you will have to be watchful of the mages, archers and the Venatori Gladiator. After killing them, you will have to additionally destroy the main gate (any type of attack). 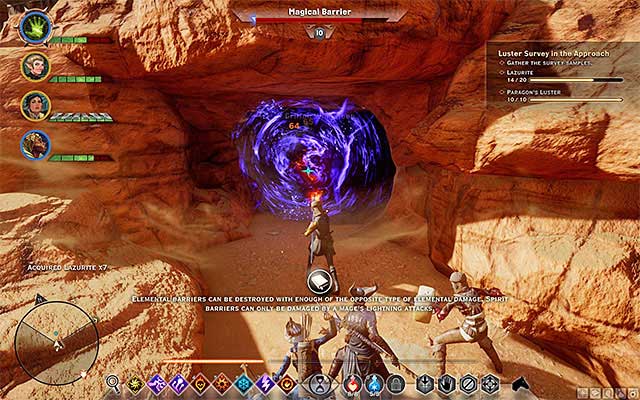 The latter way is less obvious but it allows skipping the fight with the guards (M19,4b). Go through the southern wall and find the cave depicted above. Its entrance is by default protected with a magic barrier, but it can be easily destroyed with electric attacks (i.e. particular spells). Once you enter the cave, you should be able to find a well which will get you to the first courtyard. 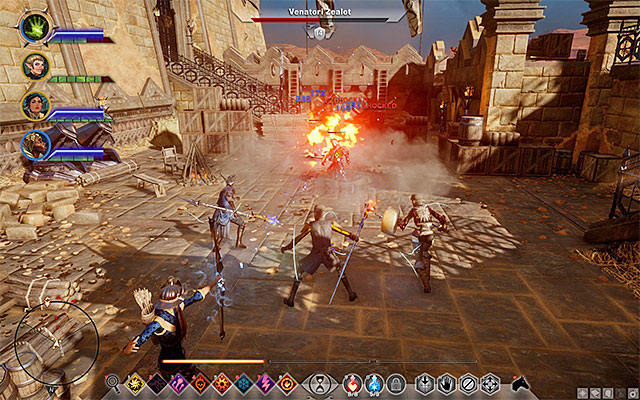 No matter which way you choose, you will have to start a linear walk through he keep. Don't rush because you may be suddenly approached by a big group of Venatori cultists at once. Eliminate the enemies one by one, remember about the mages and the archers. Enemies on the wall should be attacked from a distance, or you can simply order your party to quickly use the ladders or stairs. 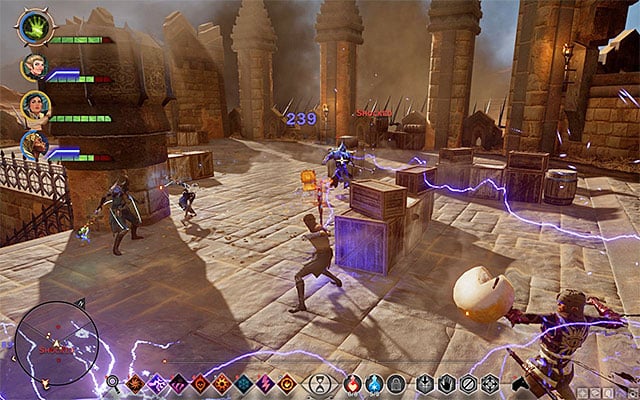 Defeat the Macrinus and hoist up the flag

Macrinus is the head of this cultists group. He is a powerful wizard who is resistant to fire attacks. Quickly send you warriors and rogues to engage him and order your mages not to use the fire spells. After the fight, check his corpse and take the Cowl of the Overseer and the Amulet of Power. Finally, locate the interactive mast (M19,4c) and stick the Inquisition flag in it.