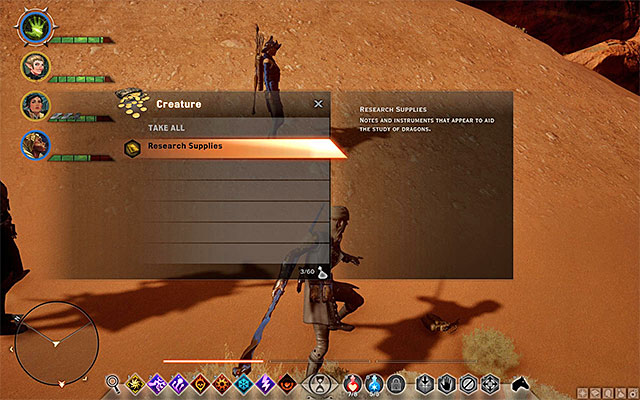 Check the corpses to find the resources

Quest can be unlocked in one of three ways. The first - the most random - implies the attack of the White Claw Raider bandits. They are travelling around The Western Approach. Killing them will result in one of them dropping Research Supplies, which will activate the quest. 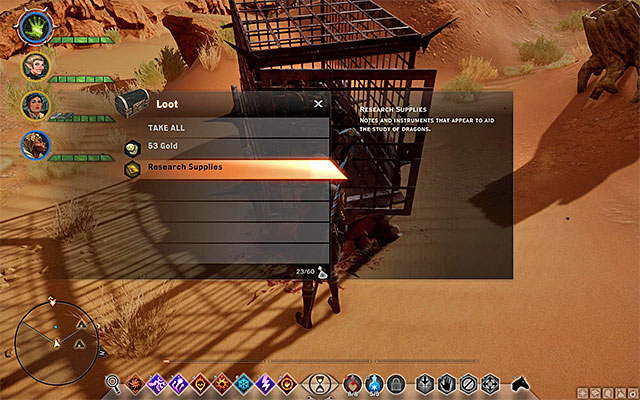 Search the bags by the destroyed cart.

The second way implies finding the Research Supplies in the area where the caravan had been attacked (South-West of the starting camp). (M19,8). Be careful as there are wild beasts wandering around. After reaching the place, search the bags by the destroyed cart. 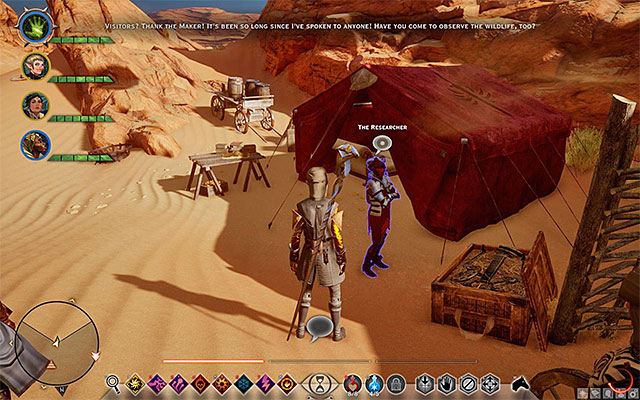 The last and the third way implies a simple talk with Frederic. It is also a mandatory way if you didn't choose the previous ways. Frederick can be found in the southern part of the Western Approach, near to the upcoming camps (M19,11).