Way to unlock: Automatically after interacting with oculara.

Quest can be unlocked by interacting with any oculara in Western Approach (M19,3). Every time you will have to use an oculara to locate nearby Shards and get to them. Here are the hints for the shards (some of them are hard to get): 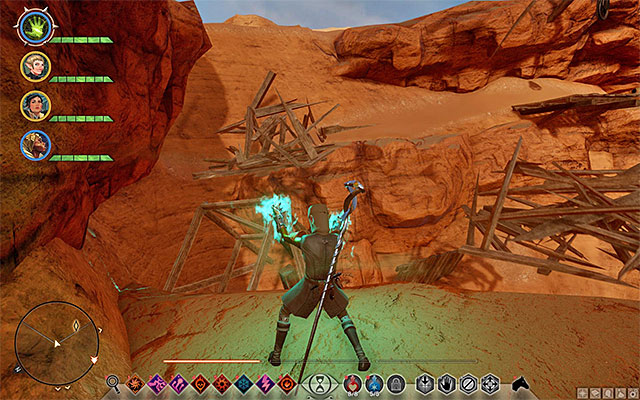 The first shard (M19,3a) is one of the hardest to locate. It lies on a ledge on heights, so you will have to find a ladder. Stand on the place shown above and use a mage to create a bridge. Now you can pass the gap to get the shard. 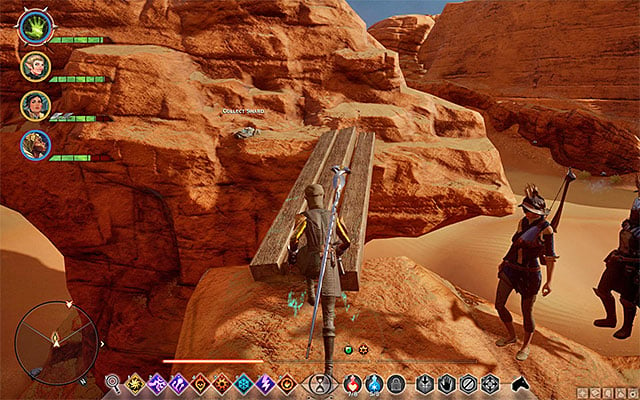 Use a mage to create a bridge

Getting the second shard (M19,3b) looks similar to the first one. Find the place where the mage can create a bridge and reach the shard.

The fourth shard (M19,3d) (and the two following described below) awaits you on the ledge in the Echoback Canyon in the northern part of the map. This area can be explored only after passing through Coracavus ruins while doing the side quest: "The Trouble with Darkspawn".

The fifth shard (M19,3e) lies on the distnctive hill in the canyon.

The sixth shard (M19,3f) is hidden on one of the balconies in the Echoback Fort and can be reached via a ladder.

The seventh shard (M19,3g) lies in an easy-to-get place to the North of the Griffon Wing Keep. 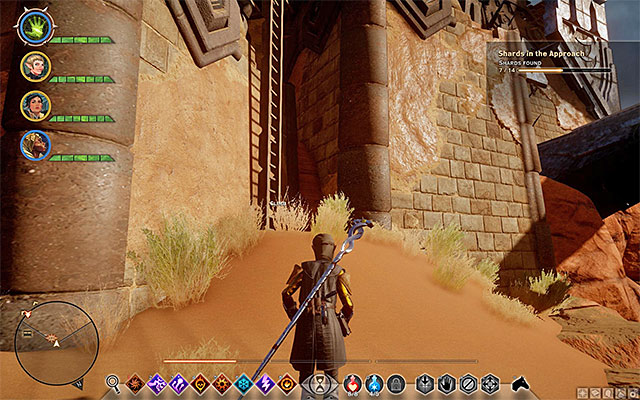 The eighth shard (M19,3h) lies on one of the balconies in the Griffon Wing Keep. A ladder leading there is shown above.

The ninth shard (M19,3i) can be found in the Southern part of the map. It lies on the rocks that you will have to climb.

The tenth shard (M19,3j) is also hidden in the Southern part of the map. It is lying on a big rock block.

The eleventh shard (M19,3k) can be found in the South-Western part of the map. You can find it near the Rift that has to be closed (climb the destroyed wall to get there).

The twelfth shard (M19,3l) can be found in the central part of the map. It lies on the rocks that you will be able to climb or jump onto. 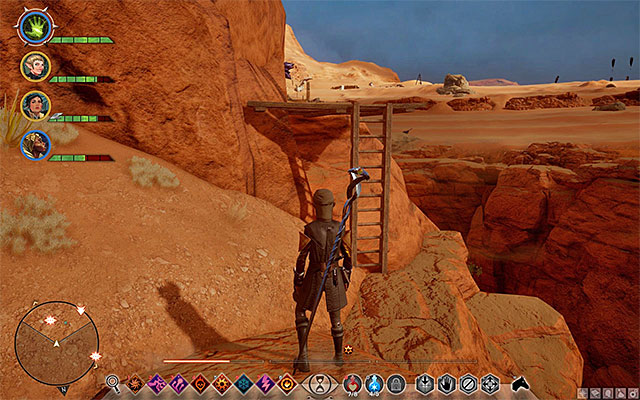 The thirteenth shard (M19,3m) is well hidden in the central part of the map. You will have to start from the North. Locate the ladder shown above and use it to reach a small wooden balcony. Go through it and climb on top of the rocks where the shard awaits you.

The fourteenth shard (M19,3n) lies in a visible place, near the Western camp.