Way to unlock: After meeting with the scout Harding. 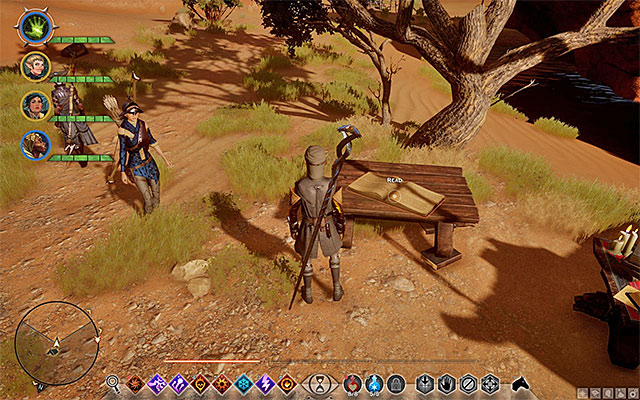 Find the report in the camp.

This quest unlocks after getting to The Western Approach for the first time and meeting with the scout Harding (M19,1). She will tell you about the cult on the Western Approach. Stay in the camp and look for the detailed report (Intercepted Venatori Message), which you will have to inspect. It tells about the Servis and about a mine which is a place of interest for the cultists. 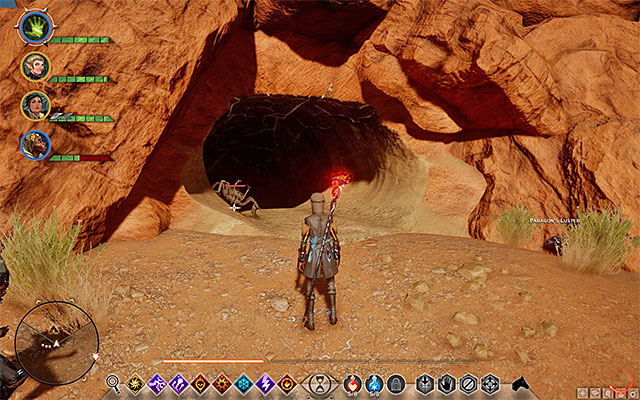 The cave mentioned above lies to the West of the starting spot of the quest. You shouldn't have any problems with finding and entering it (M19,1e). Be watchful of the nearby Poison Spiders. 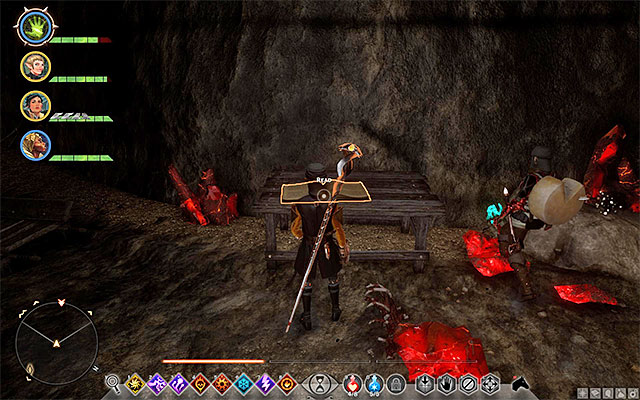 The tome which you will have to inspect.

Enter the cave and start the exploration. You will have to get to the main cavern and get rid of the Giant Spider. Clear everything and look for the Note from a Templar. Inspect it to finish the quest.