Way to unlock: After you kill the knight (the Deluded Chevalier quest) and collect the sketch, which you find on him 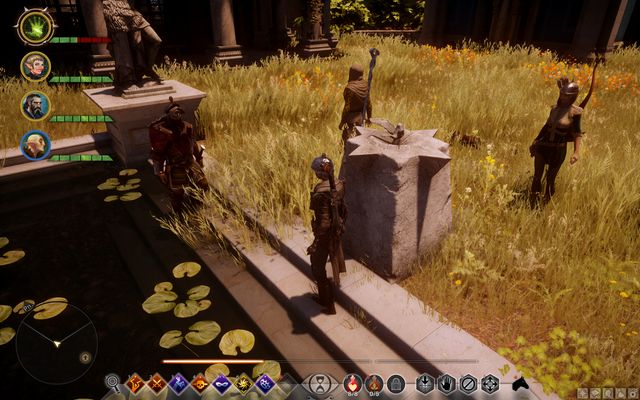 In Chateau d'Onterre, you need to solve a puzzle and get to the balcony on the upper floor. To start the quest, you first need to collect the sketch, which the knight (the Deluded Chevalier quest) drops. Once you enter the estate, go to the center of the yard - there, you can find a small statue (M21,1a). Scan the area around it to find another sketch.

Note - if you want to collect the hidden items, do that before you collect the drawing - enemies do not appear, until you start solving the puzzle. 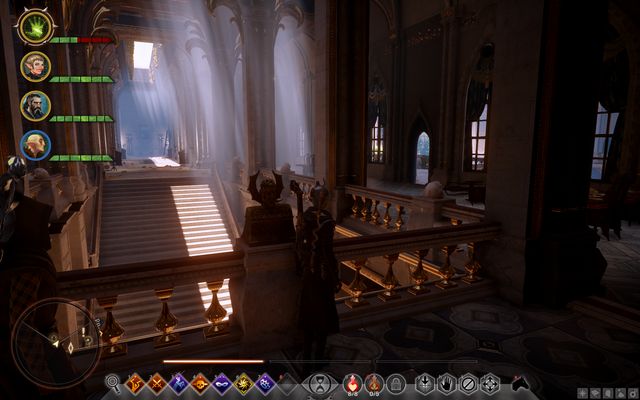 The statue from the second drawing

The second sketch points to the statue (M21,1b) above the stairs to the left of the entrance to the villa. You need to turn the statue to collect the drawing underneath. 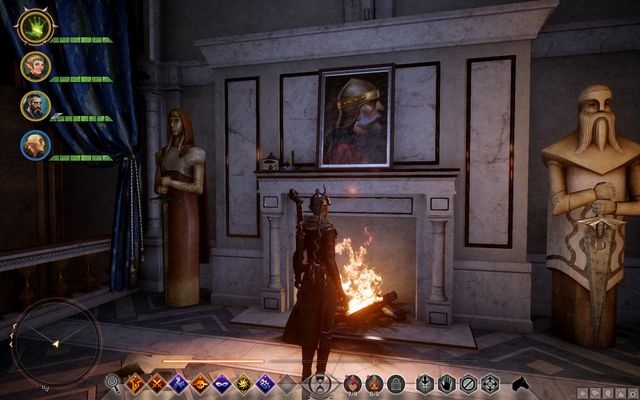 The third sketch behind the painting

Another sketch is behind the painting in the bedroom on the upper floor (M21,1c). You need to scan the area and move the painting with the interaction key. Then, collect the drawing behind it. 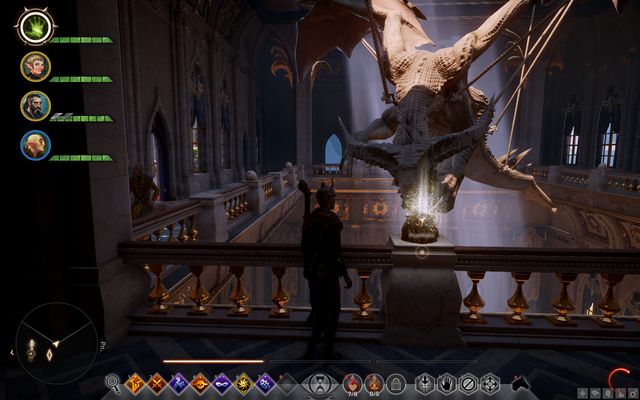 The statue of the dragon and the button

The last drawing takes you to the room with the dragon figurine (M21,1d). Approach the barriers, from the side of the head, and turn the head on the balustrade. Thanks to this, the tail of the dragon straightens up. Hanging on the tail, are the sketch and a key to the balcony (M21,1e). 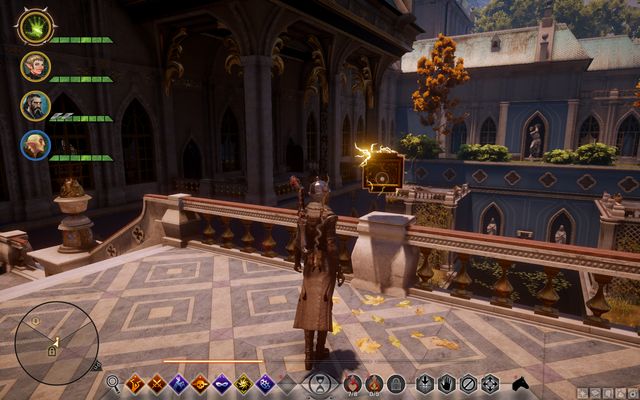 The reward on the balcony

Once you walk onto the balcony, you note a levitating cube - collect it and you will receive additional attribute points. This does not end the quest, because there will be a mysterious wraith that appears from the pond, in the yard. You need to defeat it. You cannot leave the location without defeating the opponent. However, it is not too difficult an opponent, but you need to watch out for its teleporting. After the fight, you will be rewarded for completing the quest.